500 days of protest: enough is enough

Among the images of pristine beaches, lush forests, and rolling hills, one thing that you won’t find on the website of the Sri Lankan tourism board are photos of the roadside shacks across the North and East of the country where elderly Tamil women have been protesting continuously for the past 500 days. This is the side of the ‘paradise isle’ that the government of Sri Lanka does not want you to see. 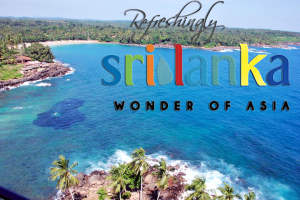 What the government of Sri Lanka wants you to see... 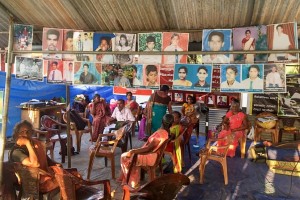 ...and what it doesn't want you to see. (Photo credit: Tamil Guardian)

The collective of Tamil family members began their stand in February 2017 after years of fruitless efforts to obtain answers about the fate of their loved ones, many of whom disappeared in the final stages of the civil war in 2009 and its horrendous aftermath – some after they were witnessed entering into the custody of the Sri Lankan army. For nearly a year and a half, the families have endured exposure to the elements, dire material conditions, and repeated acts of intimidation and harassment to make their voices heard – all the while bearing the daily grief and trauma of not knowing the whereabouts of their kith and kin. According to recent reports, eight of the family members have reportedly passed away since the protests began.

The families have a simple set of demands that have been made abundantly clear to the authorities, including in face-to-face meetings with Sri Lanka’s President, Maithripala Sirisena. They include the investigation and release of a list of all secret detention centres, the publication of a list of all detainees held under the Prevention of Terrorism Act (yearly, since 1978), and the release of records of all those who surrendered to the Sri Lankan armed forces at the end of the civil war.

Over the past year, we have been running a solidarity campaign in support of the families that is focussed on the last of these demands. Well over a thousand of you – including politicians and relatives of the disappeared from other countries around the world – have gotten behind the campaign, helping to highlight the government of Sri Lanka’s shameful treatment of these individuals and bringing pressure to bear to ensure that they act.

Today, at this important milestone for the families, we decided to put those voices into action by delivering our petition to the Sri Lankan High Commission in London[1]. Our folder included this powerful statement from Paul Scully MP, Chair of the All Party Parliamentary Group for Tamils, as well as various photo messages of support from British MPs. 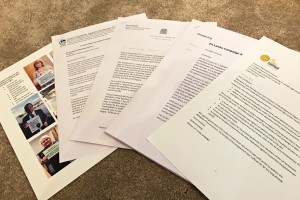 Meanwhile, in the absence of answers from the government of Sri Lanka, the families have sought to piece together the truth by themselves. A new initiative, coordinated by the International Truth and Justice Project (ITJP), has attempted to recreate the surrender list that the Sri Lankan Army is withholding. It currently contains names – and in many cases photographs – of 280 individuals believed to have handed themselves over to the armed forces on or around 18 May 2009. The list includes the names of many LTTE (‘Tamil Tiger’) combatants[2],  but also large numbers of civilians, including a Catholic priest and at least twenty-nine children, several under five years of age.

Some of these photos were included in a moving art display, prepared by one of our volunteers, that we took with us to the Sri Lankan High Commission this week. It’s central message is that while we have some information about what happened to those who surrendered at the end of the war, we do not yet have the full picture – and it remains the responsibility of the Sri Lankan state to complete it. Despite some early signs of promise from Sri Lanka’s recently established Office on Missing Persons (OMP), it remains difficult to see how many relatives of the disappeared will be able to place their trust and confidence in the mechanism so long as the state continues to withhold vital evidence crucial to its proper functioning. 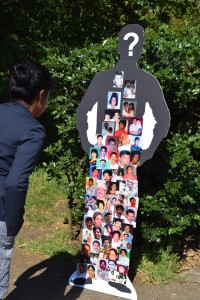 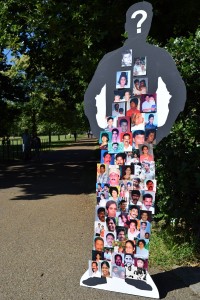 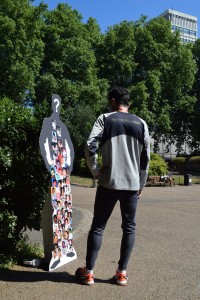 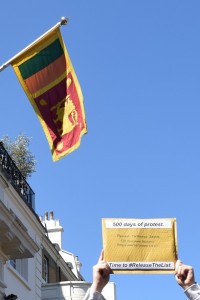 That is why meeting the demands of the protestors is so important, and why we are continuing to ask our supporters to throw their weight behind them. If you haven’t done so already, please take action today by:

Additionally, this weekend you can join one of the various protests that will be held in support of the families – in London (1 July), Toronto (30 June), New York (1 July), Berlin (1 July), Zurich (30 June) and Belfast (4 July). 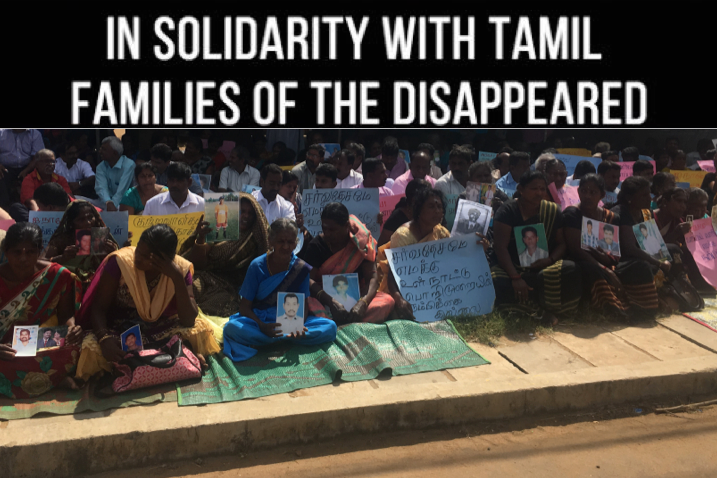 The rallies are intended to be women-centred and are not affiliated with any particular organisation or political party. Those attending are encouraged to wear black. For more information, please visit the Facebook event page hub here.

To whom it may concern,

Back in December 2017, I issued a statement extending my fullest support to Tamil families of the disappeared as they marked 300 days of continuous protest at various sites across the North and east of Sri Lanka. It is with dismay that I am compelled to voice my solidarity again this week, as the protests surpass 500 days.

The families have a simple demand: to know the fate of their missing loved ones, many of whom were never seen or heard from again after they entered the custody of the Sri Lankan armed forces during the final stages of the war in 2009. To that end, they have asked the government to take a number of specific steps that could help provide answers, including releasing a list of all those who surrendered or were detained by the authorities at the end of the war. Unfortunately, despite public assurances from the President that these records would be handed over to the families, this has yet to happen.

As a result, the protestors have been cruelly forced to continue their struggle. They have done so despite the terrible trauma and grief that they each individually bear, despite the appalling material conditions of the makeshift shelters which they occupy, and despite a ratcheting up of threats and intimidation against them in recent months.

The government has the power to bring the protests to an end – by fulfilling the demands of the families, and by acting in good faith to establish the truth about their loved ones. I have been encouraged in recent weeks by some of the initial steps to establish the long-awaited Office of Missing Persons (OMP), and in particular by the manner in which the Chairperson has reached out to affected communities to listen to their concerns. But the success of the mechanism will crucially turn on trust among stakeholders, trust that remains in extremely short-supply. Without confidence-building measures from the government of the sort that that the protestors have requested, it is hard to see how this scepticism can be overcome.

As Chair of the All-Party Parliamentary Group for Tamils, I call on the government of Sri Lanka to fulfil the demands of the protestors, and for members of the international community to bring pressure to bear to ensure that it delivers. As we mark this 500th day of protest, it is time to say, ‘enough is enough’.

[1] In order to balance transparency with privacy and security of our petition signatories, some of whom are of Sri Lankan origin, the petition so delivered included only first names, the first initial of surnames, countries of residence, and the dates of signature.

[2] Whose status is irrelevant since they were at the point of surrendering hors de combat (“outside of the combat”) and therefore protected under International Humanitarian Law.