My name is Fred and, more often than not, I am the person behind the Sri Lanka Campaign’s emails. I am the Campaign Director and our sole member of staff. And by the end of the week I will be able to call myself a boxer. 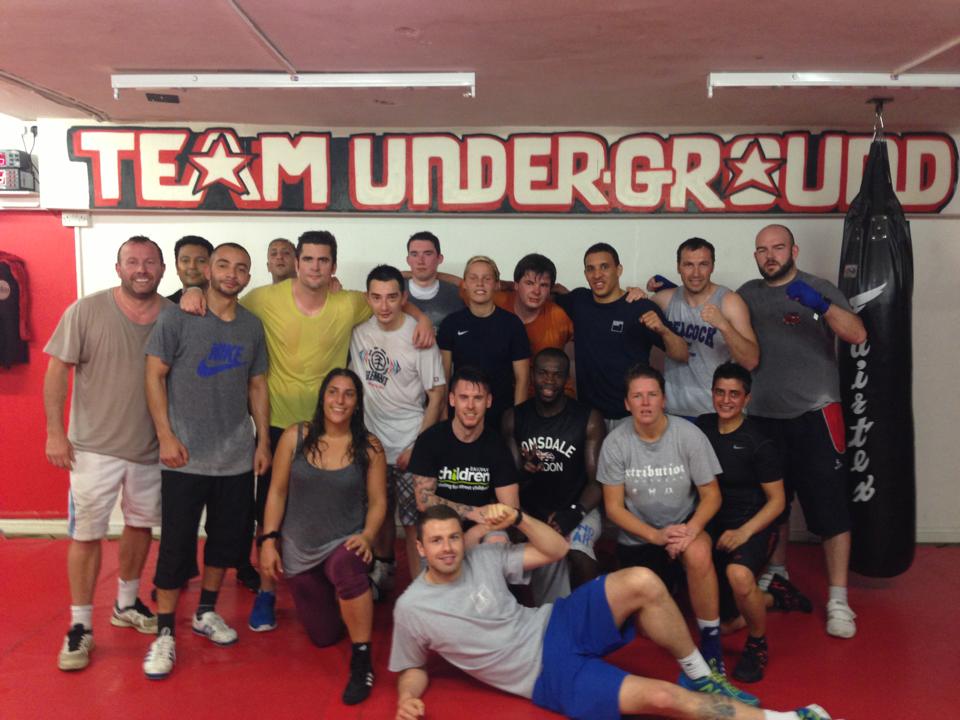 My boxing gym. I am the exhausted looking mop of hair in the orange t-shirt in the middle. My opponent is the giant on the far right.

I really care about what is happening in Sri Lanka and so I have decided to literally fight for what I believe in: this Friday I will be taking part in a charity boxing match to raise funds for the Sri Lanka Campaign.You can sponsor me here.

Working for the Sri Lanka Campaign I know how much we do with so little. We really are very compact and cheap to run, and yet we have so much impact. Even in just the last few months:

So giving money to the Sri Lanka Campaign isn’t like giving money to many other causes. Even a few pounds makes a massive difference in terms of our ability to keep going, and by keeping going we achieve so much more than you would expect for an organisation of our size. We punch above our weight, and that is why I am determined to do the same.

I’ve always enjoyed boxing as a way to keep fit but I’ve never done anything like this. I’ve always been the sort of person who avoids violence if at all possible, but given the proud tradition of peaceworkers in boxing (a tradition that stretches from Muhammad Ali’s refusal to fight in the Vietnam war to modern organisations such as Fight for Peace) and knowing how important funding was to the continued work of the campaign – I decided to step a long way out of my comfort zone and take on the fight.

I am fighting a very nice man called James who is fighting on behalf of a homeless shelter, and he is a lot bigger than me. We’ve both trained very hard over the last few weeks though, and we are fighting as part of the very responsible and professional “White Collar Boxing London” event – so it should be safe, just scary!

So please sponsor me, if you can. You can do so anonymously and from anywhere in the world if you have a debit card.

Are you inspired to do something similar? Have a look at our Community Fundraising Page and then please get in touch – we’d love to hear from you.