A Decade of Impunity: unlocking accountability for the victims of Sri Lanka’s killing fields

This Saturday, Sri Lankans will head to the polls to select a new President: the culmination of a high-stakes election battle dominated by questions of national security and economic development. Strikingly absent from the campaign trail has been any meaningful discussion of the enduring legacy of Sri Lanka’s bitter civil war in 2009, and the concerns of those most affected by it. 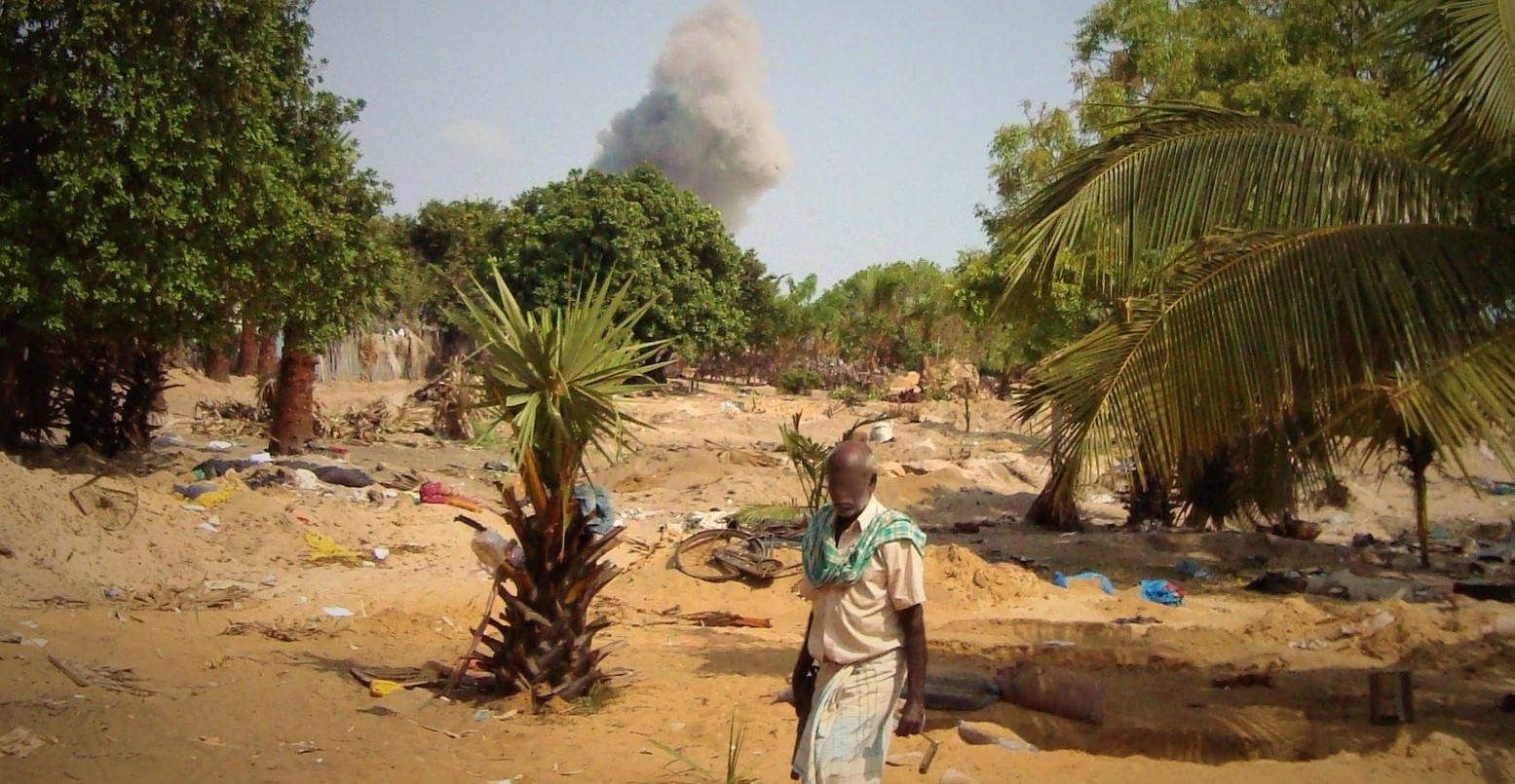 Today we publish a major new report that aims to redress that imbalance. A decade after the war’s end, we speak to ten Tamils who lived through and survived the final stages of the armed conflict in 2009, re-tracing allegations of serious human rights violations through the eyes of those who witnessed them first-hand, and asking the vitally important (but largely neglected) question of what can be done to ensure that those responsible for some of the worst atrocity crimes of the 21st century are one day held accountable.

Read ‘A Decade of Impunity: unlocking accountability for the victims of Sri Lanka’s killing fields’ 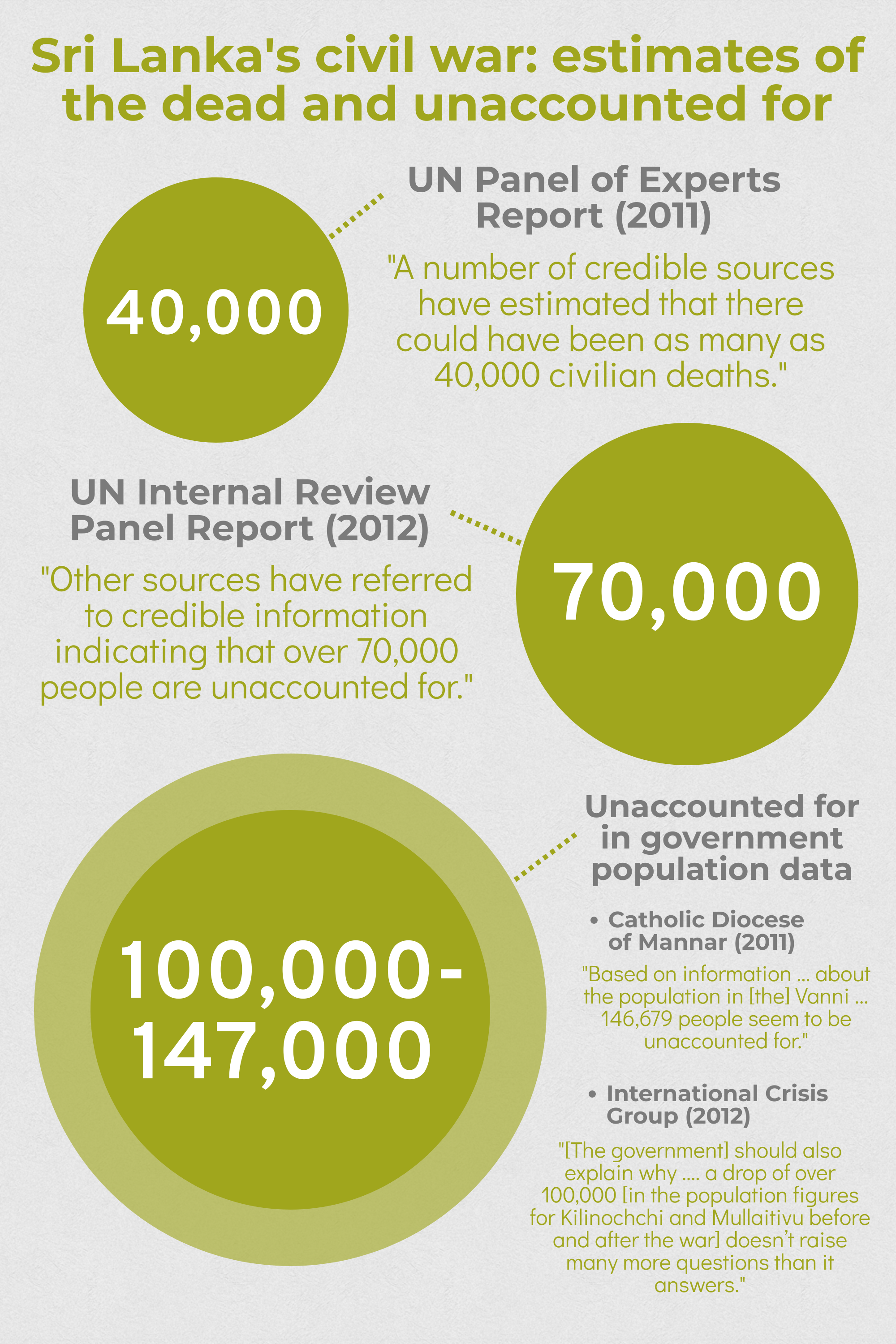 As the current candidates vie, in the words of one front-runner, to become “the president of the future of Sri Lanka”, our findings underscore that many of those most affected by the war are yet to be allowed to move on from the past. Today, nearly five years after Sri Lanka’s incoming coalition government promised change – and four years since it pledged before the international community to confront allegations of war-time abuses – many survivors feel angry and let down about the shocking lack of progress in bringing perpetrators of grave human rights abuses to justice.

While Sri Lanka’s political leaders are the principal target of blame for this failure, our research reveals a clear and growing sense of frustration directed towards the international community – an international community who, despite previously placing the concerns of war-affected communities firmly on the agenda, are perceived as having failed to apply the pressure needed to bring about decisive change. And yet notwithstanding this sense of missed opportunity – and the dismay with which activists have observed the government of Sri Lanka’s recent efforts to position itself as a champion of human rights on the world stage – many do still retain a belief that members of the international community are, or can be, important and effective players in the fight for justice.

Where there is disappointment, so too there is fear. Several of those whom we spoke to signaled a sense of alarm about what the possible return of members of the former regime, including those implicated in serious human rights abuses, could spell for the immediate future. While many victims and survivors have seized the modest increases in democratic space since 2015 to speak up for their rights, there is now concern that this openness could leave some exposed to the risk of reprisals. There is an overarching worry, too, that Sri Lanka’s unaddressed culture of impunity for war-time violations could provide fertile soil for further ethnic violence down the line. 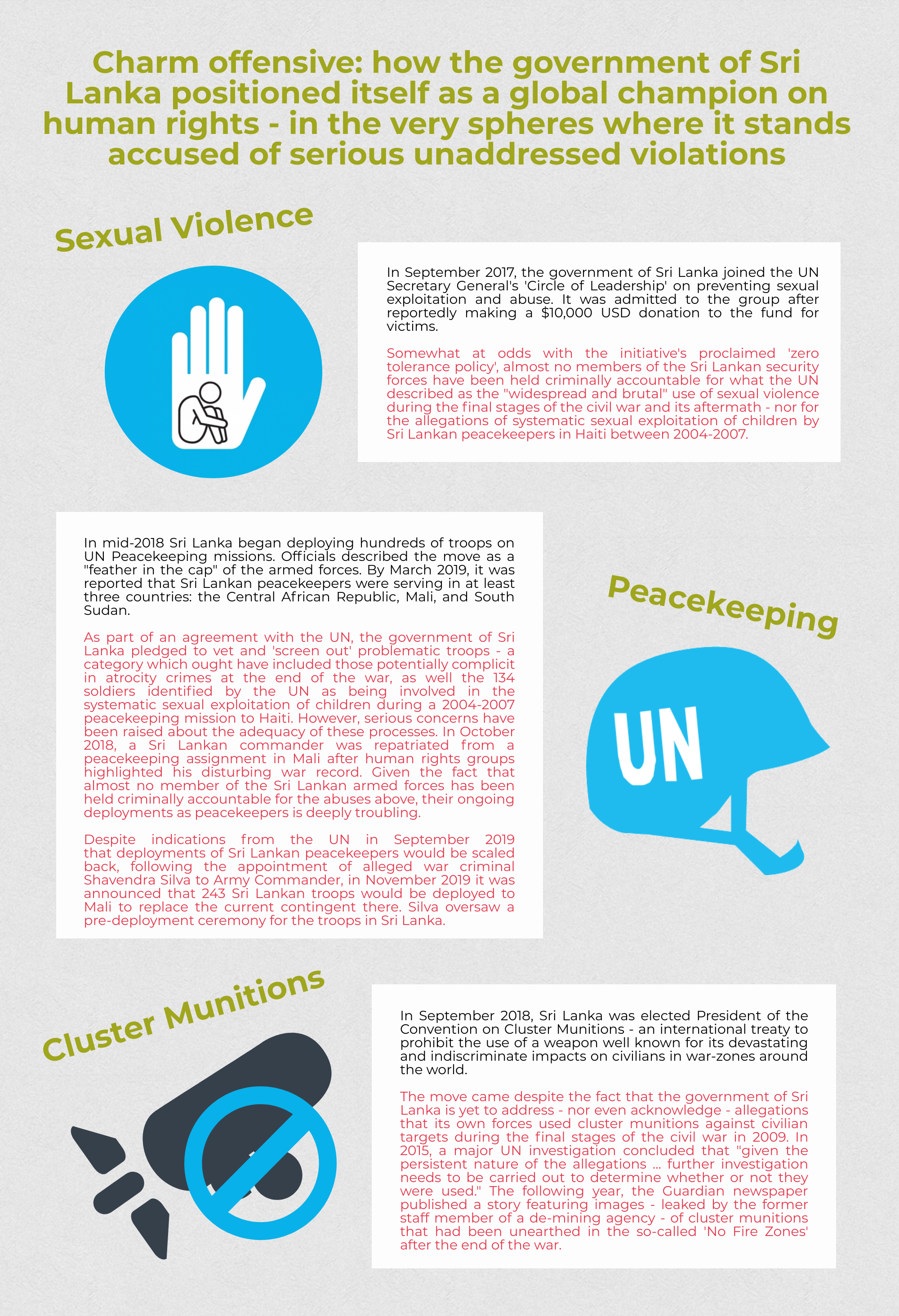 As a non-partisan organisation, we take no view as to how, or whether, Sri Lankans should vote this Saturday. But whichever candidate succeeds, it is clear that war-affected communities and members of the international community will face huge challenges to ensure that the grave abuses of the past are not ignored by Sri Lanka’s newly elected President. Survivors have not forgotten, and nor should we.

That is why we have set out a blueprint for action by members of the international community in our report, one that must begin with a frank acknowledgement of the failure of recent attempts to lay the foundations for sustainable peace in Sri Lanka, and a re-focusing of minds on the issue of accountability. To that end, we highlight some of the options available to policy-makers in the context of limited domestic political will to tackle impunity. We look, in particular, at ways in which accountability-seeking efforts can be enhanced – including through the establishment of mechanisms (already in place in other contexts) for collecting and preserving evidence of atrocity crimes, as well as the pursuit of justice beyond Sri Lanka’s borders via universal jurisdiction. We also consider the need for forms of engagement which deprive alleged perpetrators of legitimacy and material support, and which ensure that the government of Sri Lanka’s participation in global human rights and peacebuilding bodies is commensurate with its record on these issues at home.