A hybrid court, but how strong will it be? 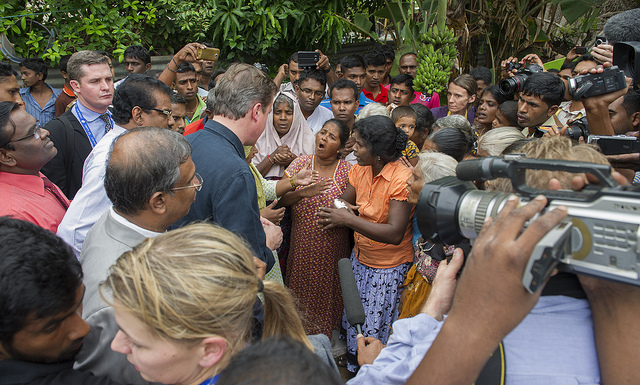 The Governments of Sri Lanka, the United States, the United Kingdom, Montenegro, and Macedonia have published the text of a joint resolution which will form the basis of the follow up to the UN High Commissioner for Human Rights’ “OISL” report.

You can read the text here.

This resolution can be amended with the consent of all parties at any point until it is presented to the Human Rights Council. This is expected to happen next Thursday, the first of October. At this point states can demand a vote, but it is not expected that they will do so. In the absence of a vote (or after a yes vote) the resolution is considered adopted.

Amendments can also be made, and voted on, without the consent of all parties, but this would require a vote, which all sides seem keen to avoid.

What does the resolution say?

The text does a number of things: 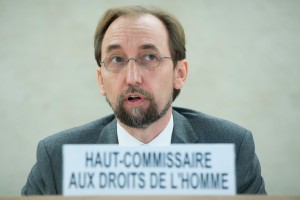 Does this text do enough to support High Commissioner Zeid’s superb report?

Is this good news or bad news?

Regardless of what some are trying to claim, this is a hybrid justice mechanism with international involvement. The fact that the Government of Sri Lanka has agreed to such a mechanism is frankly a surprise, and a very welcome development.

That said, the language around the mechanism is so vague that it gives the Government of Sri Lanka a lot of freedom to design the mechanism in such a way as to make the involvement if the international community peripheral. Worse still, they could appoint international lawyers of ill repute who would perform no other role than to provide cover for an otherwise domestic process.

The history of hybrid mechanisms around the world suggests that such a “weak hybrid” would stand very little chances of success in any context, let alone Sri Lanka’s where the inability of domestic processes to handle crimes of this magnitude has already been demonstrated. The Government of Sri Lanka are themselves an accused party, they cannot be made responsible for investigating themselves.

If the process is going to fall short of expectations (as we always feared it would) then ongoing monitoring by the UN and the international community becomes even more important. Here too the resolution is not as strong as it should be, with no report being given to the Human Rights Council until 2017. A lot will depend on whether the Office of the High Commissioner for Human Rights are able to establish a field office in Sri Lanka (a process which needs to take place separately from the passage of this resolution).

The true test of this process’s usefulness will be if survivors have confidence in it. The key issue therefore is the kind of consultations the Sri Lankan Government is planning to have. The resolution’s language on consultations is good, but non-binding. If meaningful conversations are had with all those inside and outside Sri Lanka affected by the war – and if the end result is process they helped shape, and have a comprehensive role within –  then we can be fairly confident of the process’s success. If, as we have sadly come to expect, consultation is a tick-box affair in which the Government does little more than present its plans in various forums, then the process will be a disaster.

Survivors have constantly stressed the need for strong international involvement, the need to rebuild trust by improving the ground situation in the north and east, the need for witness protection, and the need to find their missing family members. It is an open question as to if there is enough in this resolution to mandate meeting these needs.

What changes need to be made?

The biggest step the Government of Sri Lanka can make towards reconciliation is to offer a full and heartfelt apology for the crimes they committed. If that apology is not to come in this resolution then it must come alongside it.

It may well be that nothing more can be done at this stage to further internationalise this justice process. If that is the case then, as it is not sufficient, international monitoring and oversight becomes more important than ever. The report back to the Human Rights Council must happen within 2016. Pressure must be exerted in parallel to ensure that between now and then all relevant UN mechanisms – Special Rapporteurs, a field office, the High Commissioner himself – are deployed to keep track of the situation and prevent further violations. As the High Commissioner himself said, further stronger action will then have to follow.

But it would be a disaster if the end result of all this effort would be a process which fails. In order to avoid that eventuality, the text needs strengthening in two core places.

Firstly witness protection. In recommendation 17 of the High Commissioner’s report several things are called for:

These recommendations, in particular when it comes to international involvement and vetting, need to be incorporated to give survivors the confidence to engage with the process. Otherwise there is a very real risk that engaging with the process will get witnesses killed.

Secondly, there needs to be clarity on how the judicial process will work: How many international judges, prosecutors, and investigators will there be? How will they be appointed? Will the war affected community have a meaningful role in the process? Unless these questions are answered quickly and to the satisfaction of war survivors this justice mechanism will be stillborn.

What is the bottom line?

Sri Lanka is on the verge of adopting a hybrid justice mechanism. This is something which was well beyond the expectations of many people who have been working towards accountability in Sri Lanka. Nevertheless, this process will fail, and people will get hurt, unless witness protection is suitably robust, unless the involvement of the international community is suitably strong, and unless this process has the confidence and involvement of war survivors. We will end up back here in ten years’ time with even less trust and many more victims.

The international community now has a duty to finish what it started, and ensure that this does not happen.