Today Patricia Scotland, Baroness Scotland of Asthal QC, a Dominican and British lawyer and former Attorney General for England, Wales and Northern Ireland takes over as Secretary General of the Commonwealth. Her job will be to rebuild an institution which her predecessor, Indian diplomat Kamalesh Sharma, pushed towards irrelevance through his hostility to civil society and calamitous handling of Sri Lanka’s Commonwealth Summit. 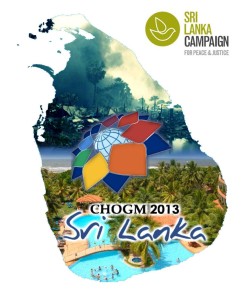 Supporters may remember that Sri Lanka hosted the Commonwealth Summit in 2013, and that the then President of Sri Lanka Mahinda Rajapaksa chaired the Commonwealth from 2013 to 2015, despite the Government of the day’s total disregard for “Commonwealth values” such as human rights and the rule of law. A strong campaign by activists and the public saw protests in Colombo, London and Chennai, a 4000 strong petition and statements of condemnation from, among others, Desmond Tutu, Mary Robinson, the House of Commons Foreign Affairs Select Committee, the Royal Commonwealth society President Peter Kellner, David Milliband, Malcolm Rifkind, Ricken Patel (the founder of Avaaz), civil society around the world, and editorials in Bloomberg, the Washington Post, and the Guardian.

The result was the worst attended summit on record with 3 countries staying away entirely and 23 downgrading their representation. Canada, India and Mauritius made it clear that this was as a direct consequence of Sri Lanka’s human rights record. This in turn meant that Mauritius had to be replaced as hosts of the 2015 meeting.

Sharma was strongly criticized at the time for ignoring human rights concerns and dismissing civil society. However he now claims that his “softly-softly approach to Sri Lanka [was] vindicated by last year’s decision by Mahinda Rajapaksa to bow out as president after losing an election”.

However, in spite of Sharma’s cosiness with the government of the day, it was potentially the Commonwealth Summit, or more specifically the strong counter-reaction to the Commonwealth Summit, that really started to cause cracks in the hereto seemingly invincible Rajapaksa regime. Despite significant intimidation and subsequent reprisals, Sri Lankan civil society put up a spirited resistance to the summit. This resistance, and the coalition that it helped cement between civil society in the north and south of the island, laid the foundations for the movement which would eventually sweep Rajapaksa from power. Furthermore, when elections finally came, Commonwealth monitors with the support of Sri Lankan election monitors, played a significant role in making sure they were largely fair.

And there was one final, inadvertent, legacy of Shama’s Sri Lankan mistake. Embarrassed at failing to heed the calls to stay away, and shocked by what he witnessed in the north of Sri Lanka, the Commonwealth Summit did finally cause the British Prime Minister David Cameron to belatedly support calls for an international investigation into war crimes in Sri Lanka. This in turn contributed to the first international investigation on Sri Lanka – the United Nations “OISL” report – the recommendations of which, if implemented, might finally give Sri Lanka a chance at lasting peace.