A welcome (if overdue) ban on Sri Lanka’s peacekeeping contributions 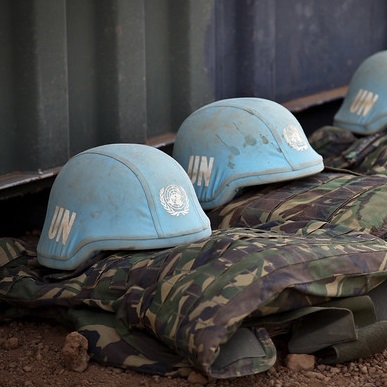 Some good news: yesterday, a UN spokesperson confirmed to a reporter that Sri Lankan troops would – unless their presence was deemed vital to security – be banned from further deployments to UN peacekeeping missions. It means that as soon as next month, any Sri Lankan troops currently serving as peacekeepers around the world will begin being repatriated and will not be replaced.

The announcement appears to have been the direct result of last month’s appointment of alleged war criminal Shavendra Silva to the position of Sri Lankan Army Commander – an appointment that prompted widespread condemnation from victims and human rights groups, and which was described by the current UN Human Rights chief as “deeply troubling.”

As explained by the UN spokesperson: “we have expressed our concern to the Government of Sri Lanka over the appointment of Lieutenant General Shavendra Silva to the position of Commander of the Sri Lanka Army, despite well-documented, credible allegations of his involvement in serious violations of international humanitarian and human rights law.”

Yesterday’s announcement is an extremely welcome one, bringing to an end a very disturbing episode in the history of UN Peacekeeping, and re-affirming the idea that perpetrators of human rights abuses against civilians should not be tasked with protecting them. Yet many will rightly be asking why it took the appointment of Silva to bring it about, and indeed why the UN agreed to accept any Sri Lankan peacekeeping deployments in the first place.

That is because, while Silva’s appointment is indeed odious – it is but a symptom of the much deeper and long-standing problem of impunity for atrocity crimes enjoyed by Sri Lanka’s armed forces. That impunity extends not only to war-time violations (encompassing allegations of widespread torture sexual violence), but also to the conduct of Sri Lankan troops on earlier peacekeeping missions – including the systematic sexual exploitation of children during a mission in Haiti between 2004-2007, for which it appears no soldier has served any jail time.

“In the case of the Haiti sex ring, nine children told U.N. investigators of being lured into having sex in exchange for food and then being passed from soldier to soldier. One girl said she didn’t even have breasts when she first had sex with a peacekeeper at age 12. Over the course of three years, another child said he had sex with more than 100 Sri Lankan peacekeepers, averaging about four a day.” – excerpt from an Associated Press report, May 2016

The Sri Lanka Campaign, and many other human rights groups, have been pressing these points for over a year; while also raising serious concerns about shortcomings in the process for screening and vetting of the most problematic troops. While Silva’s appointment is deeply shocking, it is not immediately clear why the risk posed to civilians as a result of these underlying issues did not warrant a moratorium on Sri Lanka’s peacekeeping contributions from the outset.

Equally – and before congratulating themselves on belatedly adopting a bold and principled position – UN officials would do well to reflect on whether the decision to accept Sri Lankan peacekeeping contributions may have itself contributed to the appointment of Silva. For many observers, this recent episode will stand as but the latest example of failed ‘constructive engagement’ with the Sri Lankan military; engagement which, rather than generating goodwill and advancing human rights, has instead normalised impunity and given a green-light to the promotion of perpetrators.

As the Sri Lanka Campaign wrote in May of last year: “no Sri Lankan soldiers should serve in a blue helmet so long as allegations of serious human rights violations committed by them remain unaddressed.” While the man who sits atop the Sri Lankan military certainly matters; that is a guiding principle whose implications should extend well beyond that individual alone.

More on this issue: