A Yardstick for change

UPDATE: here is our 100 days update 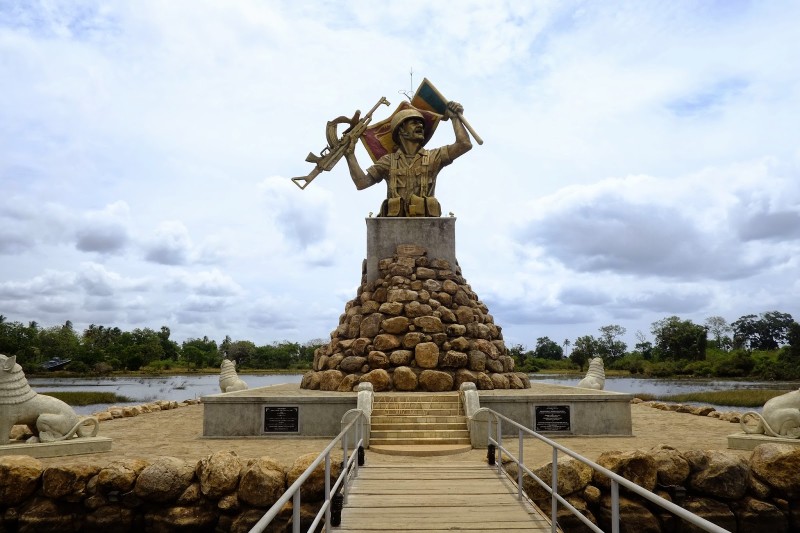 Tests of the direction of travel of the new Sri Lankan government. Militarisation is one of the biggest.

Sri Lanka has a new President, Maithripala Sirisena. He was elected, in significant part, by a population appalled by the racism, the slide into authoritarianism, the systematic violation of human rights, and the war crimes committed by the previous regime (as well as its increasingly flagrant nepotism and corruption).

He, and his Prime Minister Ranil Wickremasinghe, have promised constitutional reform, and have made some positive noises about restoring the rule of law, ending attacks on freedom of speech, and rowing back on the abuse of executive power. But until three months ago Sirisena himself was a senior minister in the old regime (having been defence minister in the closing months of the civil war), and so far he has said little about the issues that matter most to Sri Lanka’s Tamil minority, such as the constant abuses to which the civilian population are subjected in the north, which remains to all intents and purposes a conquered territory under military occupation. He has also expressed opposition to the idea of an international investigation into war crimes in Sri Lanka, which is the only way to break Sri Lanka’s culture of impunity and secure a lasting peace.

So is Sri Lanka now on the road to recovery, or do its deeper underlying problems mean that any change is likely to be superficial?

It is simply too early to know the answer, but we should soon have some clues. Below is a list of tests which can be used to measure how much Sri Lanka has really changed.

NB These tests should not be confused with Mathripala Sirisena’s own 100 day programme which can be seen, and is being monitored, here. Nor are these demands that we, as an externally-based Campaign, are presenting to Sri Lanka’s newly elected government. It is not for us to tell Sri Lankans how they should run their country – and many of these items were not in the manifesto of any candidate. But in a situation such as Sri Lanka’s, which is recovering from violent conflict, politicians have a duty not just to their electorate, but also to the victims of the war. If their demands are not met then there can be no hope for reconciliation, and without reconciliation change will pass Sri Lanka’s war affected communities by.

The following are demands which have been voiced by victims and civil society activists with Sri Lanka – particularly but by no means exclusively within the Tamil community – the community most affected. We believe they may be useful as a yardstick with which those who follow Sri Lanka’s affairs can measure its progress.

The list consists of things that Maithripala Sirisena and Ranil Wickremasinghe could do today. If in the coming weeks and months they manage to enact many of these measures, then we can start to have confidence that Sri Lanka is on the right track. By the same token, if these things do not happen the inference will be that little of substance has changed in Sri Lanka, and the same issues remain even if different people are in power.

It is pleasing that in the course of drafting this document two of our tests were half completed, and the President has made some positive noises about land rights. However our concern is that other items on this list may prove a tougher test of political will. We know it is unrealistic to expect perfection, but we will judge this government’s ability to bring lasting peace by the extent of its actions in these areas – as will the survivors of 2009.

Tests of the direction of travel of the new Sri Lankan Government:

The release of political prisoners

“We are extremely concerned about the increased incidents of arbitrary arrest and detention. We reiterate our call to repeal the repressive Prevention of Terrorism Act (PTA), which facilitates the State to carry out such arbitrary and illegal arrests and detentions. Such treatment of HRDs and victims, only serve to perpetuate the climate of fear and insecurity of conflict affected communities.” – Letter from 311 civil society activists 19/3/2014

“Community members have been unable to return to their day-to-day lives. Under the administration of Mahinda Rajapaksa, Sri Lanka’s militarization has continued unabated. The Sri Lanka Army (SLA) has established numerous checkpoints and camps near peoples’ homes. Military personnel frequently patrol these areas – day and night. Sadly, the military’s intrusion into practically all aspects of civilian affairs remains a way of life in the conflict-affected North and East.” –The Social Architects, an anonymous Tamil civil society collective, 9/5/2013

A political solution to Tamil grievances

“There seems to be no attempts made by the Executive to work towards a lasting political solution except to blame the TNA. It is my view that there is no interest in finding a bilateral or multilateral solution. The only interest is in a unilateral solution facilitated by the military.” – C.V. Wigneswaran, Chief Minister of the Northern Province, 31/3/2104

Promoting peace and friendship between ethnicities

“It is possible that vested interests may subvert the amicable resolution of the fisher communities’ problems for their benefit. In the past we have seen that resource-distribution conflicts have been exacerbated into inter ethnic conflicts, we urge that the leadership of both communities learn from past experiences, and approach this with a deeper understanding and sensitivity towards the peaceful co-existence.” – Citizens’ Commission on the Expulsion of Muslims from the Northern Province, 31/8/2012

Ending the culture of impunity

“Sri Lanka will never have reconciliation or lasting peace, until and unless we know what’s happened to our disappeared brothers and sisters and those responsible are held accountable. This is not a task that should be left to families of disappeared and few of their supporters. Rather, it’s a task all Sri Lankans and all people who care about Sri Lanka should become involved and support.” –Ruki Fernando, 30/8/2014

Over the coming weeks and months we will report back on the status of all these tests. Together they should help us understand Sri Lanka’s current direction of travel.

However even if Sri Lanka is moving in the right direction, we still feel that an international investigation into war crimes committed by both sides is needed, and that it must be followed by prosecution of those against whom there is clear prima facie evidence. That is the clear demand of those who survived the brutal final stages of the war. It is also required for a lasting peace. The main barrier to a lasting peace is the culture of impunity, which a lengthy series of domestic processes has failed to break.

In the long term Sri Lanka can only put the war behind it once that culture of impunity has been brought to an end. Until then, these tests will give us some idea which way the country is headed.