Political activists and leaders of the People’s Struggle Movement in Sri Lanka, Mr. Premakumar Gunaratnam and Ms. Dimithu Attygalle disappeared on 6th April 2012. Prior to their disappearance both activists had been preparing for the first convention of the Frontline Socialist Party, a party formed by a dissident group from the opposition party, Janatha Vimukthi Peramuna (JVP – meaning People’s Liberation Front). FSP party members had received credible information that both activists were under intense Government surveillance, shortly before their disappearance. 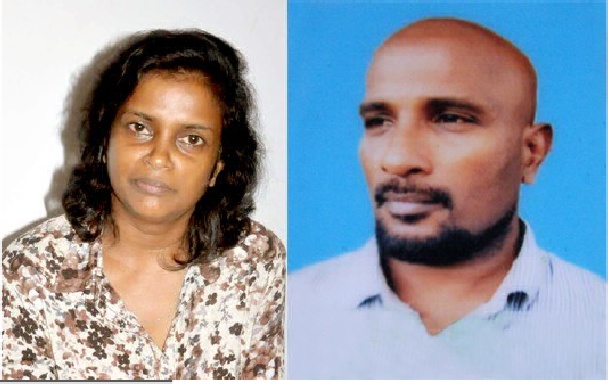 There is currently no information regarding their fate or whereabouts. The Government friendly newspaper, the Daily Mirror, published a story saying that they are under arrest but a Police spokesperson told the media that neither of the two had been taken in for questioning or arrested by the Police.

Mr. Gunaratnam was a key leader of the People’s Struggle Movement (PSM) and Ms. Attygalle was the Secretary for Women’s and International affairs of the organization, which was a forerunner to the Frontline Socialist Party (FSP). Mr. Gunaratnam had been instrumental in forming the FSP which was due to be launched officially on 9th April 2012 and he was expected to be appointed as its head. The PSM has campaigned actively since its formation against the systemic violation of human rights by thisGovernment including, disappearances, extra-judicial killings, illegal detentions and militarization in the North.

On further examination he found that the door locks had been broken. Mr.Gunaratnam could not be found and was not contactable on his mobile phone. A neighbor had told police that 4 or 5 armed men had come to the house at around 4.30am on the morning of 7th April and instructed her to shut off lights and stay indoors. When she had looked out around 5.15am,she had seen nothing unusual. According to party members, Mr. Gunaratnam’s mobile number (+94-71-3519722) was ringing till around 8 am on 7th April but was not answered. The phone is currently disconnected or unreachable. The GPS coordinates of Mr. Gunaratnam’s mobile phone indicate that the phone was in the Thalawathugoda area on 7th April morning. However there is no further evidence regarding his whereabouts.

On 7th April 2012, Mr. Ajith Kumara, Member of Parliament, filed a complaintwith the Police Head Quarters in Colombo regarding Mr. Gunaratnam’s disappearance, recorded under CIB I 105/19. MP Ajith Kumara also filed a separate complaint with the police head quarters regarding Ms. Attygalle’sdisappearance recorded under CIB I 105/20, on 7 th April. Mr. Gunaratnam’s sister-in-law, Dr. Nandani Somaratne, also filed a complaint with the Pilliyandala Police (Colombo district) on 7th April, recorded under CIB 306/133.Mr. Duminda Nagamuwa, a party leader, filed complaint number CIB I11/135 with the Kottawa Police on 7th April regarding the disappearance of Ms. Attygalle. The Australian High Commission in Colombo has been informed of the disappearance as Mr. Gunaratnam is an Australian citizen. The media,diplomatic community and human rights groups have been informed about the disappearances. A Police spokesperson told the media that neither of the two had been taken in for questioning or arrested by the Police.

FSP party members believe that Mr. Gunaratnam and Ms. Attygalle have been abducted by forces linked with the Government since the party has campaigned actively against human rights abuses by the Government,particularly against the Tamil minority in the North. PSM activists have suffered threats, attacks, intimidation and surveillance due to their work. PSM activists Lalith Weeraraj and Kugan Muruganandan were abducted on 9 th December 2011 in Jaffna and have not been seen or heard from since.

Lalith Weeraraj was repeatedly threatened by police and military prior to his abduction and ordered to stop his work in the North. There has been no information or credible investigation into their disappearance despite widespread protests, local and international campaigns and a habeas corpus petition before the Court of Appeal in Sri Lanka. The families of both men have also suffered threats, harassment and surveillance following their abduction.

Media reports indicate that there have been twenty nine disappearances in Sri Lanka between February and March 2012 and a total of fifty six disappearances over the past six months.

There have been repeated incidents of threats, harassment, attacks and intimidation against Human Rights Defenders (HRDs) and activists travelling to/working in the North apart from the systematic attacks against national level HRDs and journalists during the Human Rights Council Sessions in Geneva in March 2012.