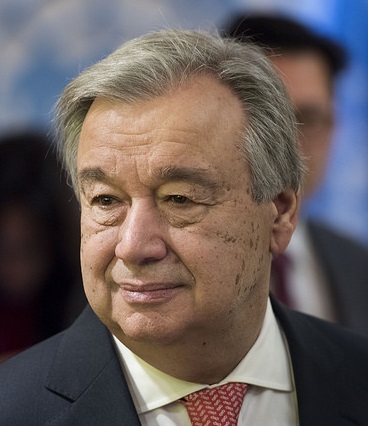 Earlier this month we wrote about the growing numbers of Sri Lankan troops participating in UN Peacekeeping missions, despite unaddressed allegations of serious human rights violations committed by them. Those allegations include the “widespread and brutal” use of sexual violence against detainees at the end of the civil war, as well as the systematic sexual exploitation and abuse of children by Sri Lankan peacekeepers serving in Haiti between 2004-2007.

Drawing on recent revelations by the National Human Rights Commission of Sri Lanka, as well as the findings of a new report by the International Truth and Justice Project, we argued that the arrangements currently in place to ‘screen out’ known and potential human rights abusers from these missions are failing – and that some of the world’s most vulnerable people have been exposed to grave risks of harm as a result.

Today we make our case in an open letter to the United Nations Secretary-General Mr António Guterres, and urge him to use the powers at his disposal to help rectify this appalling situation. You can read it below, or download it as a PDF here.

But we would also like your help. There exists a broader problem with the UN’s approach to peacekeeping which means that countries who fail to criminally prosecute acts of sexual violence by their armed forces – such as Sri Lanka – are still able to contribute troops to peacekeeping missions. A new campaign by the United Nations Association (UK), Mission:Justice, aims to close that gap. Please show your support for it by clicking here and ‘taking the pledge’ today.

Open letter: ongoing impunity for sexual violence by Sri Lankan troops in the context of failing ‘vetting and screening’ of Sri Lankan peacekeepers

I write on behalf of the Sri Lanka Campaign, a global non-partisan movement working, inter alia, to secure reconciliation in Sri Lanka based on accountability for violations of international law, to express our deep concern that ‘vetting and screening’ procedures currently in place to prevent the deployment of alleged and potential human rights abusers in the Sri Lankan military are failing – and that civilians in areas where Sri Lankan peacekeepers have been deployed have been put at grave risk of harm as a result.

As you will be aware, in June 2016 the government of Sri Lanka entered into an agreement with the UN mandating the National Human Rights Commission of Sri Lanka (NHRC) to conduct vetting and screening of all military personnel to be deployed to UN peacekeeping operations. This succeeded an ad hoc process of vetting and screening by the Office of the UN High Commissioner for Human Rights (OHCHR) in relation to 200 Sri Lankan soldiers being deployed to a mission in Mali.[1]

Unfortunately, several recent developments have indicated that the government of Sri Lanka has not respected the terms of that agreement. In February 2018, for example, it emerged that three Sri Lankan commanders, whose frontline combat experience in the final stages of the Sri Lankan civil war ought to have exempted them from any peacekeeping role, had been deployed to Lebanon.[2] Then, in April, the NHRC published a letter to the President of Sri Lanka in which they complained that another 49 soldiers had been deployed to Lebanon prior to the completion of vetting and screening by them.[3] The NHRC chairperson wrote:

Given credible allegations and findings concerning the past conduct of members of the Sri Lankan armed forces and security services, the fact that significant numbers of personnel (including high-ranking officials) were deployed in this manner is extremely alarming. Undoubtedly, it has exposed the civilian populations in question to completely unacceptable risks of harm

Those allegations include the “widespread and brutal” use of sexual violence by the Sri Lankan armed forces against Tamil detainees at the end of the war – a UN Human Rights Council mandated investigation (the ‘OISL’) having gathered “overwhelming information … showing that sexual violence was used against detainees, either as a very brutal form of torture or ill-treatment and as a form of sexual exploitation, at times involving gang-rape.”[4] They also include the findings of another UN inquiry, carried out by the Office of Internal Oversight Services in 2007, which highlighted the systematic sexual exploitation of children by at least 134 identifiable members of the Sri Lankan armed forces during a peacekeeping deployment to Haiti (MINUSTAH) between 2004-2007- a development which led to the then UN Secretary-General to call for the biggest repatriation of troops to date.

Not a single Sri Lankan soldier has been held criminally accountable in relation to these incidents.

In March 2016, the UN Security Council adopted Resolution 2272 on sexual exploitation and abuse by United Nations peacekeepers. It empowers the UN Secretary-General to “assess whether a Member State has taken the appropriate steps to investigate, hold accountable [perpetrators of sexual abuse and exploitation] and inform him of the progress of its investigations when determining whether that Member State should participate in other current or future United Nations peacekeeping operations.”

We therefore wish to ask:

Finally, we wish to draw your further attention to the list of questions recently put to the Under-Secretary General for Peacekeeping by a collective of Tamil diaspora organisations (dated 1st May 2018), regarding the absence of vetting and screening in relation to members of Sri Lanka’s Special Task Force (STF) paramilitary unit, as well as concerns about Sri Lanka’s recently established Directorate of Overseas Operations.[5] We kindly request that your office also considers these questions.

[1] A process overseen by competent, credible and independent experts, which has been described by some as ‘enhanced vetting’.

[5] As highlighted in a recent report by the International Truth and Justice Project, who have shared preliminary lists of STF personnel who should be barred from participation in peacekeeping operations. See: http://www.itjpsl.com/assets/STF-report-online.pdf