Been following recent developments on Sri Lanka at the UN Human Rights Council but unsure of what it all means? In this explainer, we try to answer some of the key questions.

I gather something important happened in Geneva last week. What’s it all about?

That’s right. The United Nations Human Rights Council (HRC), which is based in Geneva, adopted a resolution – a kind of written decision – on ‘promoting reconciliation, accountability and human rights in Sri Lanka.’ The resolution requests the Office of the UN High Commissioner for Human Rights (OHCHR) to continue to monitor the government of Sri Lanka’s progress in dealing with these issues over the next two years.

Hang on. What is the Human Rights Council anyway? And who is the UN High Commissioner for Human Rights?

The UN Human Rights Council is the world’s foremost body for the promotion and protection of human rights around the world. It is made up of 47 member states (i.e. countries) who come together to deliberate and take decisions at the the three ‘sessions’ of the HRC that are generally held each year. This month saw the HRC’s 40th session, hence why you may have heard the meeting being referred to as ‘HRC 40’ and why the resolution mentioned above is called ‘Resolution 40/1’.

This sounds familiar. Hasn’t Sri Lanka come before the HRC before?

Yes. More than once. In October 2015, shortly after Sri Lanka’s former President Rajapaksa was ousted from power, the HRC adopted Resolution 30/1, which was also on ‘promoting reconciliation, accountability and human rights in Sri Lanka’. It followed the release of a ground-breaking UN report, known as the ‘OISL report,’ which found credible evidence of atrocities being committed during the final stages of Sri Lanka’s civil war in 2009.

That particular resolution was significant in that it was adopted with the unanimous support of HRC member states, and co-sponsored (i.e. formally supported) by Sri Lanka’s then recently elected national unity government, headed by President Sirisena and Prime Minister Wickremesinghe. The resolution marked a welcome change from earlier attempts by the HRC to engage with Sri Lanka in the aftermath of the civil war – efforts which had previously been rejected by the government of Mahinda Rajapaksa, and which left HRC members divided.

What’s the point of all these resolutions? And why have there been so many?

When it was adopted in October 2015, Resolution 30/1 was envisaged as a kind of blueprint for action by the government of Sri Lanka. It contained a range of specific commitments designed to help improve the human rights situation and to address the legacy of Sri Lanka’s war – a war in which tens of thousands of civilians are believed to have been killed, mostly by government forces, and in which both sides are alleged to have committed grave human rights violations.

There are about 25 specific pledges in total, covering things like returning military held lands to civilian owners, setting up a mechanism to trace disappeared persons and, crucially, establishing a justice mechanism with international involvement to investigate alleged war crimes. The full range of measures are often referred to under the umbrella label of ‘transitional justice’.

Over the past three-and-a-half years, we’ve been monitoring the government of Sri Lanka’s progress in implementing its commitments. As our latest findings attest, the pace of change has been extremely disappointing. That is a view that appears to be shared by the UN High Commissioner for Human Rights who, in her recent report on the matter, highlighted the absence of “concrete results,” the growing “mistrust among victims”, as well as the “risk of new violations” posed by the failure to deal with past ones.

The purpose of Resolution 40/1 is therefore to renew the commitments contained in Resolution 30/1, and to ensure that international scrutiny of Sri Lanka’s efforts to deal with the past continues. It is the second such ‘roll-over’ resolution, the process already having been extended once by Resolution 34/1 in March 2017.

But why does the government of Sri Lanka continue to support a process which it seems to have so little interest in delivering on?

To be sure, it’s important to recognise that the government of Sri Lanka has made some (albeit very limited) progress as a result of the Geneva process, including for example establishing an Office on Missing Persons and returning lands to civilian owners. But it is impossible to ignore that the government has failed to deliver on the overwhelming majority of it pledges, and indeed that it has openly rejected some of its most important ones.

The government of Sri Lanka’s delegation to the latest HRC session provided a striking demonstration of this when, in the very same speech in which they stated that they would co-sponsor Resolution 40/1, they emphasised that Sri Lanka could not and would not establish an accountability mechanism with international involvement do handle war crimes allegations. Such a mechanism is regarded by many as essential for ensuring that the perpetrators of serious human rights violations can be brought to justice.

Prior to the recent session, there had also been concerns that the government of Sri Lanka would seek to withdraw its support from the HRC process entirely. These were fanned when President Sirisena’s announced his decision – later partly reversed under pressure – that his country’s delegation would include several individuals well known for their opposition to previous resolutions.

In the event, it appears that the government of Sri Lanka calculated that signing up to the resolution was preferable to opposing it, possibly fearing the prospect of a ‘contested resolution’ being adopted by a majority of HRC members, and the souring of diplomatic relations that that would likely entail.

So… is the passing of the latest resolution a good thing?

Insofar as it keeps the government of Sri Lanka in the spotlight, and under pressure to deliver truth, justice and reconciliation to those who have suffered serious human rights violations, the adoption of Resolution 40/1 represents a victory.

That said, it will be hard for many – particularly victims – to feel overly enthused about the extension of a process which has delivered so little to date and which the government is, in many respects, openly hostile to. The growing frustration of war-affected communities, particularly Tamils in the North and East of Sri Lanka, is reflected in the often-heard remark that the continuation of the Geneva process amounts to little more than a ‘time-buying exercise’ on the part of the government.

It is a legitimate line of criticism that members of the international community would do well to heed. Besides a push for the government of Sri Lanka to adopt a ‘time-bound implementation strategy’, there appears to be little else being put on the table at this moment in time that might  seriously alter the government’s current calculation that a minimalist approach to dealing with the past is in its best interests.

That needs to change, and it is up to the international community to help make it happen. Despite a welcome intensification of language from HRC members during the recent session on the urgent need for accountability in Sri Lanka, it is essential that this now translates into concrete action.

Such action could include, for example, a strengthening of efforts to investigate and prosecute those responsible for serious human rights violations outside the country in accordance with the doctrine of ‘universal jurisdiction.’ Or it could mean looking seriously at the idea of establishing a mechanism – as currently in operation in relation to the war in Syria – to collect, consolidate and preserve evidence of war crimes so as to improve the chances of prosecutions in the future.

So too, countries ought to be urgently reviewing whether the current levels of cooperation and support being extended to the Sri Lankan armed forces is really appropriate in a context in which perpetrators of mass atrocities are not only being protected but actively promoted – and in which allegations of serious ongoing violations, including torture and sexual violence, persist.[1]

To put it mildly, things are not off to a good start. Just days after attending the HRC session in Geneva, a member of Sri Lanka’s official delegation, Suren Raghavan, claimed in a Sri Lankan newspaper that the UN High Commissioner for Human Rights had, during a private discussion with him, disowned parts of her recent report on Sri Lanka. This was met with a rapid and robust response from OHCHR, who stated in a press release that Raghavan’s claims “seriously misrepresent[ed]” the discussions with the High Commissioner, and that they were based on either misunderstanding or misquotation. 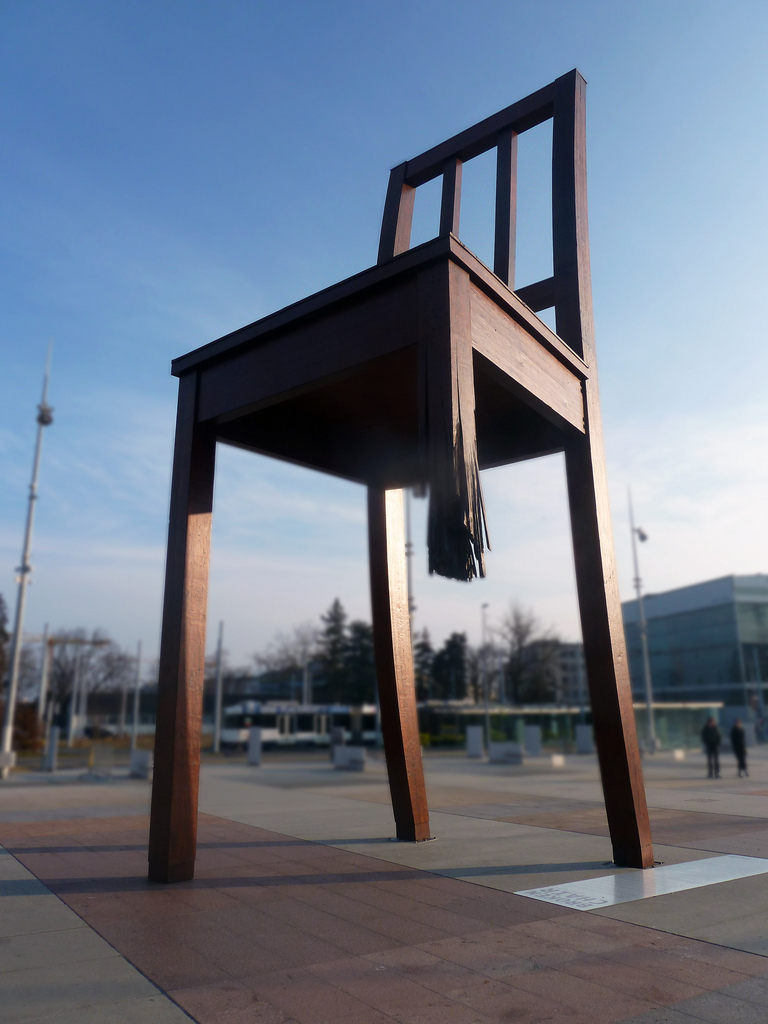 Things then went from bad to worse yesterday, when President Sirisena delivered a speech in which he sought to deny having any knowledge of his government’s support for the resolution, and that it represented a “betrayal” of Sri Lanka’s armed forces which he would not “in any way accept.” He is also reported to have taken aim at the National Human Rights Commission and the Office on Missing Persons – whose recent work has represented one of the few areas of progress in recent times – as the product of an LTTE (‘Tamil Tiger’) inspired conspiracy.

All of this underscores the scale of the challenge before the international community. Not only must they find ways to navigate the prevailing state of political dysfunction in Colombo, which seems to be the source of so much of the gallery-playing rhetoric highlighted above. They must also get to grips with the fact that, by and large, Sri Lanka’s current government is no longer (if it ever truly was) a willing and cooperative partner in efforts to seriously and meaningfully deal with the past.

It is that assumption which has been one of the central pillars upon which the international community’s engagement with Sri Lanka in recent years has rested. As that pillar weakens, it is essential that the world shifts its weight accordingly.

How can I found out more about what happened during Sri Lanka’s civil war?

Check out this new short film ‘Sri Lanka and the search for justice, ten years on’, which was recently screened at the Human Rights Council at an event co-sponsored by the Sri Lanka Campaign.

[1] In a striking and important passage of her report, the UN High Commissioner corroborated such allegations, stating in paragraph 56 that: “OHCHR has continued to receive credible information about cases of abduction, unlawful detention, torture and sexual violence by Sri Lanka security forces, which allegedly took place in 2016 to 2018. A preliminary assessment of the information received indicates that there are reasonable grounds to believe that accounts of unlawful abductions and detention and of torture, including incidents of sexual violence against men and women, are credible, and that such practices might be continuing in northern Sri Lanka.”