On July 25 an Associated Press (AP) story about purported troop reductions in the North of the country was picked up and re-produced by a number of major news outlets around the world.

The article, inaccurately titled ‘Sri Lanka to Reduce Troops in Ex-War Zone North’, contained several misleading statements suggesting that the Sri Lankan government were engaged in making substantive steps towards de-militarizing the region. However, this clearly isn’t the case, raising serious concerns about the ability of a major news agency to conduct basic fact-checking.

Contrary to the article’s title, there has not been a reduction of troops in the ex-war zone north. As the military press announcement upon which the article is based clearly states: “a decision has been taken to move troops from thirteen small military camps located in the Walikamam sector of Jaffna District to the Palaly Cantonment.” 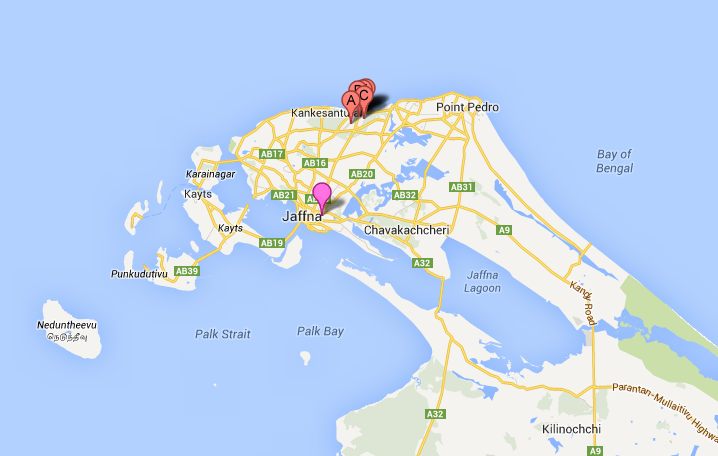 Palaly Cantonment is also part of the ‘Ex-War Zone’. There will be exactly the same number of troops in the area as before – they will just be in one big base rather than thirteen smaller ones. The author’s claim that the announcement “marks a change in the government’s stance on demilitarizing the north” – a quote re-produced ad verbatim across the web – is also incorrect.

The announcement typifies the ongoing game that the Sri Lankan government continues to play with the issue of demilitarization. As a Groundviews investigation revealed in 2012, while the government persistently claims that numbers of troops in the north are reducing, there is scant evidence of any military retrenchment on the ground.

Indeed as we reported in May, the military is in fact currently engaged in one of the largest ever land-grabs to date in the North, with recent land acquisition notices in Jaffna encompassing an area of over 25 sq km. The additional fact that these land notices have been issued without regard for due process also leads one to wonder why the author has taken, seemingly at face value, the military spokesman’s claim that rent has been paid to the original owners of the land upon which the thirteen military camps are based.

We are yet to receive a response to the e-mail that we sent to AP urging them to print a correction or a retraction. In the meantime however, we hope that this article will serve to set the record straight.