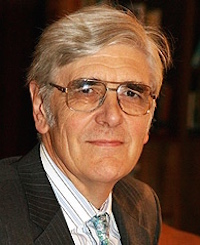 You might have seen that our chair, Edward Mortimer, recently wrote an article for the Huffington Post on the United Nations response to Sri Lanka. As he says:

‘Never again’ is the promise that has followed the Holocaust, Cambodia, Rwanda and Srebrenica; issued each time with outrage and contrition, and, in recent years, a report on the failure of the international community to act. Kofi Annan commissioned one such report in 1999 on the Rwandan genocide, declaring: “Of all my aims as [UN] Secretary-General, there is none to which I feel more deeply committed than that of enabling the UN never again to fail in protecting a civilian population”. Less than five years later, the UN was unable to galvanise international action in Darfur. Ten years later it failed to prevent tragedy unfolding in the final stages of Sri Lanka’s long-running civil war.

You can read the rest of the article here.