Bianca Jagger is the newest member of the Campaign’s Advisory Council!

Ms Jagger, known for her tireless work on human rights causes around the world, including opposition to the Iraq war, says “The world cannot continue to ignore the suffering of the approximately 280,000 Tamil civilians, including women and – according to Amnesty International – at least 50,000 children, illegally detained in internment camps in northern Sri Lanka.” 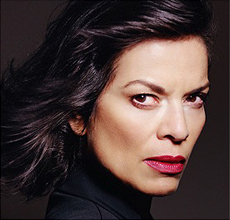 Ms Jagger is Founder and President of the Bianca Jagger Human Rights Foundation, a member of the Executive Directors Leadership Council of Amnesty International USA, and a Council of Europe Goodwill Ambassador. She has campaigned in defence of human rights, social justice and environmental protection for nearly 30 years.

Highlighting what she considers to be “President Rajapaksa’s wanton disregard for human life”, drawing attention to this “clear violation of international humanitarian law” and focusing on Amnesty International’s view that those detained include at least 50,000 children, Ms Jagger focuses on the urgency of the situation: “The imminent monsoon will create life threatening conditions in these camp, and risks causing a humanitarian catastrophe.”

She concludes with a powerful call: “I urge UN Secretary General Ban Ki-Moon and the international community to prevent this humanitarian catastrophe.”

Since its launch just a few weeks ago, the Sri Lanka Campaign has also gained the support of:

Charles Glass, an expert on war reporting and the Palestinian camps, says: “No one should stand by while human beings are herded into camps, those who expose their plight are murdered, those who try to help them are expelled and those who claim to believe in justice remain silent.”

Chibli Mallet, the legal practitioner and academic who has taken on some of the hardest human rights abuse cases in the Middle East, including the Sabra and Chatila victims.

Antony Loewenstein, the Australian journalist & author who says: “The Tamil struggle for justice and self-determination is a cause that should be supported by all citizens of good faith. Like the disenfranchised Palestinians, Tamil stories should resonate around the world.”

Brahma Chellaney, a senior foreign policy specialist from India. According to Brahma “Even in victory, the Sri Lankan government is unable to define peace or outline a political solution to the long-standing cultural and political grievances of the Tamil minority. In fact, a reconciliation rooted in genuine inter-ethnic equality can succeed only if state-sponsored human rights abuses are independently investigated.”

And also from Australia is former diplomat, Bruce Haigh. Known for saying it how he sees it and doing what he thinks right – he helped many South African anti-apartheid activists escape during the era of repression – Bruce says: “If you see the justice of the Tamil quest for equality in Sri Lanka and do nothing about it you stand condemned.”

The founding Council members – Lakhdar Brahimi, Carolyn Hayman, Edward Mortimer (Chair of the Council), Craig Scott and Teesta Setalvad – started this Campaign and have now been joined by peers making this a truly international Advisory Council.