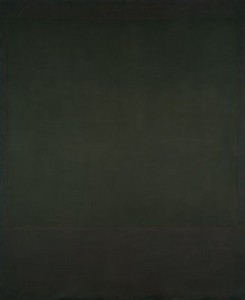 Thirty years ago today, on the 24th of July 1983, severe rioting swept through Colombo. This rioting quickly spread to other parts of the country and intense disorder continued for exactly a week – a time that has subsequently become known as Black July.

The targets were Tamil people living in majority Sinhalese areas and it is thought that around 3,000 may have been killed. Furthermore many tens or even hundreds of thousands were made homeless, or chose to leave their homes for their own safety, and many had their businesses destroyed. It has rightly been described as a pogrom, an act of ethnic cleansing which forever changed the demographic balance of Sri Lanka’s biggest cities.

Many people claim that the trigger for the riots was an ambush that the LTTE “Tamil Tigers” had launched the night before on a Sri Lankan army patrol (Four Four Bravo) – killing thirteen. Others claim that these pogroms had been planned many many months in advance as a way of asserting Sinhalese economic control of the cities, and that the Four Four Bravo attack was merely a coincidental or convenient excuse. The UNP cabinet minister and self confessed Sinhalese supremacist Cyril Matthew is often accused of playing a leading role in coordinating the riots.

While the truth about precisely why the riots started may never be known, what is well established is that many soldiers and policemen stood by and watched as rioters attacked Tamils and their property, and in some cases even joined in. The government took no effective action to end the riots until after they had been underway for many days, and is certainly guilty of a deal of complicity in the suffering inflicted upon Tamil people. The political party which were in power at the time, the now opposition UNP, have never apologised for the role they played, and while – in 2004 – then President Chandrika Bandaranaike Kumaratunga did apologise to Tamils for the government’s part in the riots, this is still an issue which the Sri Lankan state has never completely come to terms with.

In the weeks and months that followed hundreds of thousands of Tamils left Sri Lanka for the UK, Australia, Canada and elsewhere – making up a considerable proportion, possibly even a majority, of the global Tamil diaspora population – while back in Sri Lanka the low level insurgency in the north erupted into a full scale civil war.

Sri Lanka does not have a happy history when it comes to moving on from acts of communal bloodletting. Black July was not the first or the last such pogrom: similar riots having taken place in 1956, 1958, 1977, 1981, 2000 and 2006. When you also consider that in that time Sri Lanka fought a civil war in five distinct phases (the latest culminating in one of the most intense and bloody mass murders of civilians this millennium) and that there were two separate “JVP” marxist nationalist youth uprisings in the south (in 1971 and 1987 – both bloodily suppressed) an alarming pattern starts to form:

Clearly lessons are not being learned, hate is not being turned into understanding, and whatever attempts to halt the cycle of violence have been made have not been successful. Clearly in such a circumstance “forgiving and forgetting” is not an option, even though that seems to be the preferred approach of a Government keen to have its own culpability for atrocities buried. Forgetting dooms us to repeat the mistakes of the past; instead there is an urgent need to understand the past and learn from it – in order to ensure that there are no more Black Julys.

There have been some superb efforts to develop that process of understanding and forgiveness. Notably Groundviews have produced a magnificent set of articles, pieces of analysis, and videos looking back at the events of 1983. Meanwhile the Black July Project is an initiative by Canadian Tamils to document the stories of survivors of the war. But there are still many stories from that time, and many modern insights, that have not yet been heard.

That is why we would like to contribute to this process, and that is why we are asking for you to send us your pieces of writing about Black July. If you have personal stories about July of 1983, or the role it played in your families’ history, or if you have experience of something similar from another country from which you think lessons can be learned, or if you simply feel you have something to say about memory, history, and understanding, then please email us here. We will consider all submissions for publication, whether named or anonymous (please specify if you would like it to be the latter) and whether long or short.

In particular, like all pogroms, Black July is not a story with an exclusively Sinhalese cast of villains or an exclusively Tamil cast of victims – nor, in a country like Sri Lanka, are those groups discretely defined.. Often overlooked is the role several righteous Sinhalese people played in hiding Tamil individuals and families from the mob, often at great risk to themselves. If you know of any such stories please do let us know.