UN spokesman during the bloody end of Sri Lanka’s civil war, Gordon Weiss says the organisation ‘should have pushed harder’ to save lives, especially those of trapped civilians

(EDINBURGH) – GORDON Weiss is driving across Sydney when I call. “Don’t worry, I’ve got a hands-free doo-da,” he says. “The police here will arrest me and do terrible things to me if they see me driving holding a handset.”

Of course, the Australian police are unlikely to do terrible things to anyone, even if they catch them breaking the law. In Sri Lanka, however, where Weiss worked as UN spokesman in the capital, Colombo, from 2006-9, the police do terrible things all the time. According to one human rights expert, the law enforcement agencies of President Mahinda Rajapaksa’s government “can do whatever they like – arrest people without reason, torture people for as long as they wish, and fabricate charges which can land people in prison without bail”. 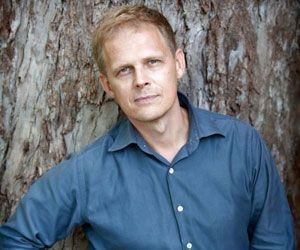 Sri Lanka, says the same expert, is “one of the most violent places on earth”.

Weiss is in Edinburgh today to discuss his book, The Cage – an account of the bloody climax of Sri Lanka’s long-running civil war, which played out while he was stationed there. Although the country is now at peace for the first time since the 1980s, Weiss believes there is much to be done to prevent it becoming yet another failed state.

“Without doubt, there is a much greater peace in SL now than there was in 2008,” he says. “But the predictions that I make in the book have turned out to be absolutely spot on. The state has been massively securitised, that security state continues to grow and I think that that process will continue apace in the coming years.”

Weiss’s first impressions of the tropical island nation were very different on his arrival in 2006. The 45-year-old, a veteran of 12 years with the UN, describes finding himself in a “lush, beautiful country” populated by “very friendly people”.

“It was very different from India,” he says. “I knew India quite well, I’d travelled round India a lot, but I think I thought Sri Lanka was quite subdued by comparison.”

This initial sense of a sleepy paradise was soon shattered, however: “A day or two after I arrived in Colombo there was this enormous bomb blast when they [the Tamil Tigers] tried to rub out Gotabhaya [Rajapaksa, brother of the Sri Lankan president]. We all heard this dull thud roaring across the city – it was very close, in fact, to where I was. It was by no means my first encounter with conflict but it was an absolutely classic welcome to Sri Lanka.”

When Weiss was dispatched to Sri Lanka, after a stint in New York as head of communications for UNICEF’s emergency operations wing, the country had been at war with itself for more than two decades. Following independence from Britain in 1948, it had briefly been tipped to become “the next Singapore”, but tensions between the Buddhist, Sinhalese majority concentrated in the south and west of the country and the Hindu, Tamil minority in the north and east soon flared up, scuppering any chances of an economic miracle. 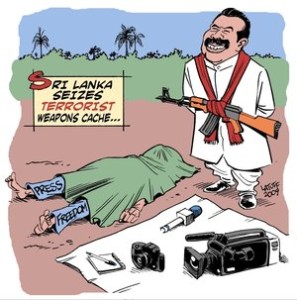 Between 2002 and 2006, there had been an uneasy truce between the Sri Lankan Army (SLA) and the Tamil Tigers, the paramilitary organisation which had been fighting since 1983 for an independent Tamil state in the north of the country. But, as Weiss was about to find out, in course of the next three years, following the rise to power of the hawkish President Rajapaksa, the conflict would quickly gather momentum again before racing towards a catastrophic conclusion.

The Cage is a dispassionate, well-researched account of how these disastrous events unfolded. After providing some necessary background to the conflict, Weiss fast-forwards to the final few months of the fighting, in which the SLA first overran the key Tamil Tiger strongholds at Elephant Pass, Kilinochchi and Mullaitivu, then advanced north and east towards the coast, trapping in a giant pincer movement the remaining Tiger fighters and several hundred thousand Tamil civilians.

By the end of January 2009, with much of their former territory in government hands, the Tigers, led by the ruthless Velupillai Prabhakaran, who had pioneered the practice of suicide bombing in his quest for an independent Tamil state, seemed to be heading for an ignominious defeat. Their only hope lay in using the mass of Tamil refugees still on their side of the front line as a city-sized human shield to prevent the army advancing, so they did everything they could to keep these people where they were – even if that meant shooting them as they tried to escape.

Weiss is no Tiger sympathiser but, according to his account, the bulk of Tamil civilians were killed, not by Tiger cadres shooting at them, but by indiscriminate shelling from the SLA.

It is impossible to say how many Tamil civilians were slaughtered in the first five months of 2009 as the SLA launched its final offensive. Newspaper reports at the end of the fighting estimated there were 20,000 dead. A Channel 4 documentary in June put the number at around 30,000. According to an official UN report, a final death toll of 40,000 should not be ruled out.

The reason it is so difficult to come up with an accurate figure is because, during the final few months of the war, the government kept the combat zone tightly sealed. Journalists, unable to get anywhere near the fighting, had either to accept official government figures, which stated the SLA was operating a “zero civilian casualties” policy, or accept the equally partisan version of events provided by the information wing of the Tigers. This shortage of reliable information inevitably led to a lack of media coverage so when, in May 2009, aerial photographs showing what appeared to be mass graves on a beach in the north-east of the country were suddenly splashed across the front pages of newspapers worldwide, it came as a surprise to all but the most fastidious followers of foreign affairs.

As the sheer scale of the carnage brought about by the war’s final stages began to emerge, the question on many people’s lips was: where was the UN while all these civilians were being massacred? Why hadn’t battalions of blue-helmeted peacekeeping troops been dispatched to Sri Lanka to prevent this massive loss of life?

As Weiss explains, the UN only became aware of the scale of the impending catastrophe relatively late in the day:

“I think awareness [that there might be significant civilian casualties] was growing throughout late 2008 and into 2009,” he says. “But even until very late, the best military observers and the people who were most familiar with what had gone on in Sri Lanka, and the tos and fros of the civil war, were still saying that there wouldn’t be a military solution – that the Tigers would bring about a counter stroke that would once again bust the noses of the Sri Lankan armed forces.

“It was really December 2008, January 2009 that people began to think very seriously, ‘Oh, this could be the end’, but it was late, it was really late. And right until the end Prabhakaran retained his reputation as a master strategist, as an almost god-like figure.”

By early 2009, in spite of the best efforts of the Sri Lankan government, the UN had irrefutable evidence that the SLA had been deliberately targeting civilians. On the night of 22 January a UN convoy, led by a retired Bangladeshi brigadier called Harun Khan, came under sustained bombardment in the middle of a government-designated no-fire zone, packed with Tamil refugees. All night, Khan transmitted his coordinates to SLA commanders via UN officials in Colombo, along with descriptions of the carnage being inflicted, but there was no let-up in the shelling.

The following morning, Khan emerged from a hastily constructed bunker to find a nightmarish scene: “The bodies of entire families with whom he had been idly chatting the night before lay scattered about him. Blood and shrapnel had spattered UN vehicles, body parts were underfoot, the corpse of a baby hung from a tree.”

By this stage, the UN had also managed to piece together a rough estimate of the number of civilian casualties, based on what Weiss describes as an “incident reporting system”.

“When one party of people reported deaths in a certain location due to a certain incident there was a system of trying to cross-check those reports and come up with what was regarded as a reasonably conservative estimate of the number of people killed,” he says “It was not a perfect science – quite the contrary – it was a very rough science, but it was a rough science carried out in the given circumstances and it was all that we had.”

Several people within the UN, including Weiss, were of the opinion that Khan’s report and the estimated casualty figures – some 7,000 at this stage – should be made public, but they were overruled.

“I was certainly party to some of the thinking and I was personally pressing the notion that the figures should be released,” he says. “I thought if we didn’t release the figures the government would continue to say ‘this is a bloodless victory and no-one has died’.

“But the opposing argument was essentially that if the Sri Lankan government felt pressured they would act even more hastily than they were and would barrel in there and cause wholesale loss of life.

“I continue to argue that the UN should have pushed harder, but I also concede that it’s a moot point about whether it would have brought about a better result. I absolutely appreciate why others argued they way they did. It’s not the course of action I would have chosen if it had been me, but I occupied a very humble position – I was just the spokesperson.”

I suggest to Weiss that he must still feel extremely angry and frustrated about what happened.

“I don’t,” he says. “I wouldn’t say that I feel frustrated so much as …” He pauses, picking his words carefully. “I feel great remorse for the people who were killed, because they were innocent civilians and they were children and it was on our watch, while we were there.

I think it was a great shame – a shame for the UN, a shame for me personally – so yeah, I feel deep, deep remorse. I think we could and should have done more.”