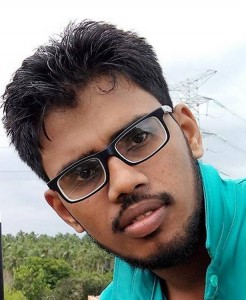 Yesterday, 4th August, Ahnaf Jazeem’s Fundamental Rights case was taken up before the Supreme Court after several delays. The court ordered the prison authorities to give his lawyers confidential access to Ahnaf in remand prison to allow them to consult with their client and receive his instructions on the case. The next hearing is scheduled for 8th September, by which time Ahnaf will have been in detention for more than fifteen months.

Ahnaf Jazeem is a young poet and teacher from Mannar, who was arrested and detained on 16 May 2020 under the Prevention of Terrorism Act (PTA). He has been accused of promoting Islamic extremism in his book of Tamil poetry, “நவரசம்,” Navarasam, and promoting extremism to his students.

You can read more about Ahnaf’s case in our previous blog, here.

While it is good news that Ahnaf will be able to meet his lawyers and discuss his case with them in confidence, it is extraordinary that an order from the Supreme Court was needed for Ahnaf to be granted this basic right. During a previous meeting between Ahnaf and his lawyers at the Terrorism Investigation Divison (TID) office where he was being held, not only were TID officers present during the entire conversation, but allegedly they secretly recorded the conversation. This is a breach of basic due process rights and prevented the lawyers from being able to have a proper consultation with their client.

Ahnaf is one of hundreds of individuals detained without due process under Sri Lanka’s draconian counterterrorism laws, most of whose cases are never known by the public and do not get the same international support and publicity as Ahnaf and Hejaaz Hizbullah. Until the Easter Bombings in 2019, the overwhelming majority of those detained under the PTA were Tamils. In the aftermath of the bombings, international rights groups reported as many as 1,800 Muslims arrested under the PTA, hundreds of whom are still in detention today. Muslims and Tamils continue to be disproportionately detained under the Act, though there are no clear figures on the total number in detention.

Here we provide an update on Ahnaf’s case and the ongoing campaigns for his release.

14 May Amnesty launched an Urgent Action, encouraging supporters to write to the Acting Inspector General of Police to demand Ahnaf’s release.

16 May On the anniversary of Ahnaf’s arrest, PEN International released a joint statement signed by the Sri Lanka Campaign and eleven other organisations, calling for Sri Lankan authorities to immediately release or charge Ahnaf, and calling for the repeal of the PTA.

19 May Sri Lankan MP Rauff Hakeem spoke up for Ahnaf in parliament.

6 June, 18 July The Action Committee for the Defence of Freedom of Art and Expression have held two large public meetings online, galvanising support for Ahnaf and calling for his release.

7 June Nine European Human Rights Ambassadors made a statement expressing concern about the arbitrary detention of Ahnaf, calling for him to be released or charged in line with international human rights commitments. The statement was also shared by the British High Commissioner to Sri Lanka.

10 June The European Parliament named Ahnaf in a resolution, stating concern that the PTA has been systematically used for “arbitrary arrests and the detention of Muslims and minority groups in Sri Lanka, including Ahnaf Jazeem, a 26-year-old Muslim teacher and poet.”

22 June The Core Group on Sri Lanka named Ahnaf in its statement at the Human Rights Council session, stating, “We are deeply concerned about the ongoing use of the Prevention of Terrorism Act… Human rights lawyer Hejaaz Hizbullah, and poet and teacher Ahnaf Jazeem, remain detained without trial.”

13 July 96 Sri Lankan academics signed a statement calling for Ahnaf’s immediate release and calling attention to the fact that “their arrests have taken place in a context of unrelenting anti-Muslim mobilisations.” 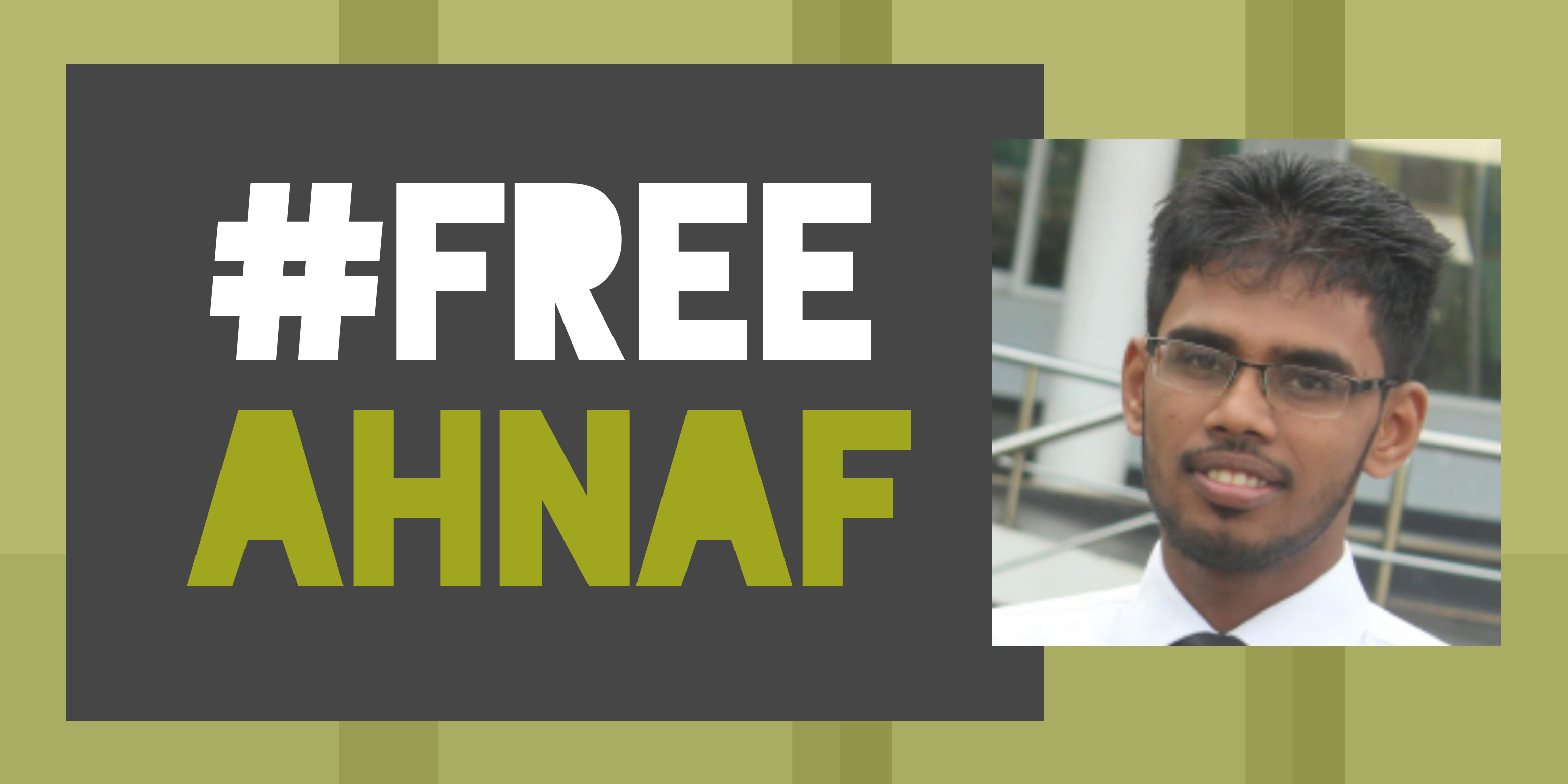 We also call for the immediate repeal of the Prevention of Terrorism Act, a draconian law which allows suspects to be detained for up to 18 months without trial or charges and denies them their basic rights under international law.