It appears nothing much was decided at the meeting, with the Commonwealth releasing a statement which concentrated exclusively on Fiji. A full transcript of the press conference will be on the Commonwealth Secretariat website shortly.

The Canadians seemed keen to show their solidarity with those demonstrating outside the meeting, calling for Sri Lanka to be held to account. Foreign Minister Baird went straight from the meeting into the crowd and spent a while chatting to and shaking hands with demonstrators.

Baird also told Frances Harrison, “this is not about accommodating evil but combating it”. 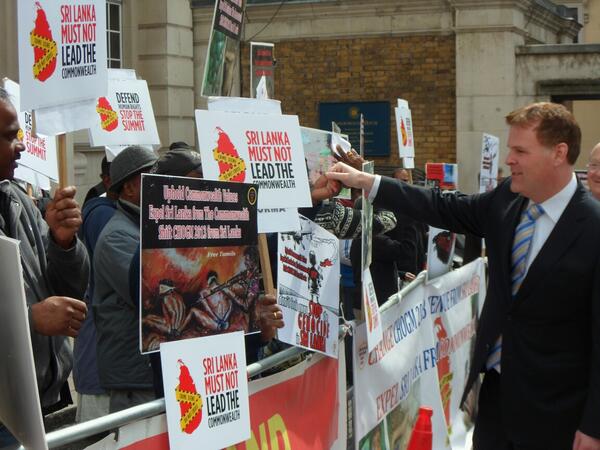