Confronting the truth about Sri Lanka’s post-war ‘rehabilitation’ program: a reply to an academic whitewash

In a recent article published in World Politics Review, academic Jocelyn Belanger argued that the Sri Lankan experience of ‘rehabilitating’ Tamil Tiger (LTTE) militants at the end of the country’s long civil war in 2009 offers a valuable model for countering violent Islamic extremism on the island today. Reflecting on the official response to the Easter Sunday bombings, which claimed more than 250 lives, Belanger urges the Sri Lankan government not to forget that “one of the world’s best blueprints for deradicalization was actually written at home.”

The picture Belanger paints of Sri Lanka’s ‘rehabilitation’ programme is controversial, to say the least. It is one that is belied by the wealth of evidence indicating that the scheme was not a shining example of post-war peacebuilding, but rather an instrument of extraordinary brutality and repression; one which not only facilitated gross human rights violations, but which also helped to reinforce many of the grievances at the root of Sri Lanka’s ethnic conflict. Setting the record straight on Sri Lanka’s ‘rehabilitation’ programme matters not only for those who suffered unspeakable horrors under it. It matters because its replication in Sri Lanka today would be both an outrage and a disaster.

“Everything from job training to yoga” 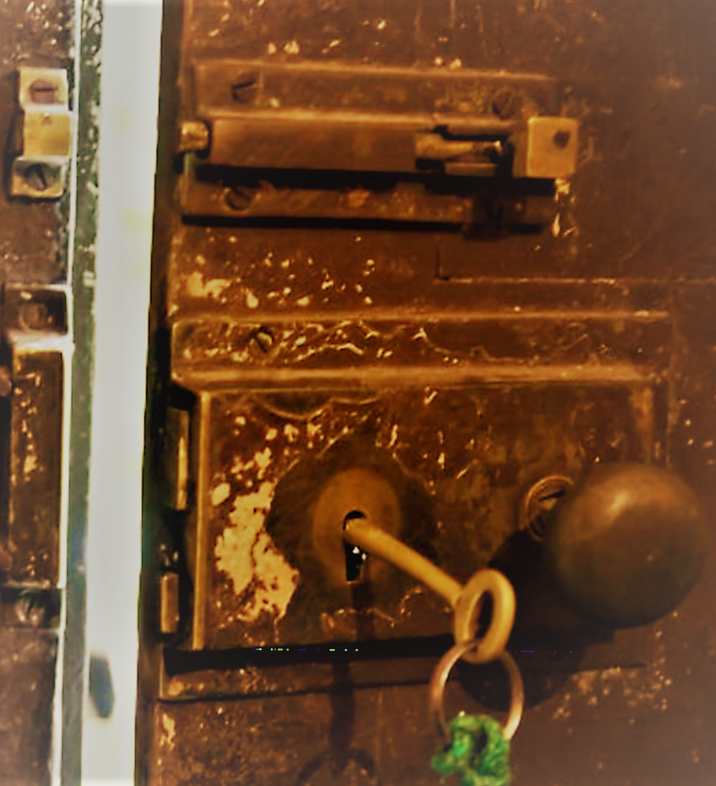 In making his case, Belanger draws on the results of an academic study, ‘Deradicalizing Detained Terrorists’, co-authored by him and published in March 2017 in the journal Political Psychology. In it, the authors present evidence of two sets of surveys conducted with former LTTE militants in Sri Lanka after the end of the war.

The results from the surveys, the authors contend, indicate that the government’s ‘rehabilitation’ programme was a “success,” with participants having undergone ‘rehabilitation’ expressing “lower levels of extremism”, marked by increases in their sense of “personal significance” and greater feelings of “goodwill” toward the government of Sri Lanka.

Key to this success, Belanger claims in his recent article, is that detainees were treated with “dignity and respect.” He refers glowingly to the “rehabilitation curriculum” available to those undergoing the programme, a package encompassing “educational, vocational, recreational, spiritual and psychosocial activities—everything from job training to yoga.” Belanger and his co-authors even adopt the government’s chosen terminology for those in detention: “beneficiaries”.

The overall impression of the programme conveyed by Belanger and his colleagues is a breath-taking departure from the reality that has been documented by multiple UN and civil society reports.

Among the study’s most glaring omissions is the failure to explain or examine, in any detail, the means by which thousands of Tamils came to enter the ‘rehabilitation programme’ – the overwhelming majority having been selected from one of the several massive internment camps operated by the government of Sri Lanka after the war ended in May 2009. According to witnesses, camp members were warned by officials that they should surrender themselves as LTTE members if they had spent “even a day” with the LTTE, with those failing to declare themselves threatened with “severe consequences.” Approximately 12,000 people were identified and rounded up in this manner; latterly being transported to one of several dozen ‘rehabilitation centres’ located across the North of the country.[1]

Unsurprisingly, there is substantial evidence to suggest that many who gave themselves up to the government officials possessed only the most threadbare connections to the LTTE, including many who were forcibly conscripted into working for the group, or who had only a few days or hours involvement in the war’s final phase. Significant numbers were identified by informants and paramilitary groups working with the Sri Lankan Army, while others found themselves denounced as LTTE members by desperate neighbours driven by conflict for scarce resources in the camps.[2]

None of these facts appear to have registered with Belanger and his colleagues, who adopt uncritically the assumption that all of those detained in ‘rehabilitation’ were “violent extremists” and “terrorists”.

The neglected realities of ‘rehabilitation’

A blind eye also appears to have been turned to two further troubling aspects of the government of Sri Lanka’s ‘rehabilitation’ programme.

First, is the “legal vacuum” in which civil society organisations have described detainees as having been held, and the almost total side-lining by the government of detainees’ due process and fair trial rights. Having entered rehabilitation facilities, many detainees reported being held well beyond the the maximum two-year period permitted under Sri Lankan law – a period which, according to the UN, was itself in contravention of international standards. Criteria for release, when it came, was unclear, leading many families to pay bribes to obtain freedom for their relatives. There was no complaints process and detainees had no access to legal counsel.[3]

Second, and even more disturbingly, is the evidence of gross human rights violations against detainees, including allegations of torture, sexual violence, and enforced disappearance. Civil society groups have documented dozens of cases of victims being tortured during the programme, while the UN OISL report identifies eight specific ‘rehabilitation centres’ as places where such abuses took place. Referring to these locations, the OISL team concluded that the use of sexual violence and rape were “part of an institutional policy within the security forces,” designed to intimidate, humiliate and inflict suffering. For many, the ordeal did not end upon release, with large numbers of detainees being required to regularly report to the authorities, and subjected to intense ongoing surveillance and harassment, including unannounced home visits.

All such concerns are blithely cast aside by Belanger and his co-authors, who note merely, in an act of stunning understatement, that, “some analysts have questioned whether the detainee’s daily life in the rehabilitation was as comfortable as governmental authorities suggest.”

A matter of ethics

While the issues outlined above seriously undermine the validity and reliability of Belanger et al’s findings,[4] they also raise serious concerns about the ethics of the research.

These include, first and foremost, whether (in the context of arbitrary and coercive detention) any of the participants can meaningfully be said to have ‘consented’ to the survey, as well as whether those who did participate were able to do so safely. The paper is silent on safeguarding and there is no discussion about potential risks to the participants; truly extraordinary omissions, when one considers that rehabilitation centre staff were present during data collection, and the real possibility of harm to detainees that could have resulted from them making incriminating statements.

Secondly, and just as seriously, is the question (recently raised by one academic) of whether, in so wilfully or negligently failing to engage with evidence of serious human rights abuses committed during the ‘rehabilitation’ programme, the study might itself be complicit in providing political cover for those abuses.

In a further astounding twist, while the paper states that those undertaking the research were “unaffiliated” with the Sri Lankan government, this claim appears to be contradicted by publicly available sources linking several of the co-authors and the authorities behind the ‘rehabilitation’ scheme. A 2013 report cites one, Rohan Gunaratna, as an “advisor for global terrorism programs including Sri Lanka’s rehabilitation program.”[5] Elsewhere, Dr Malkanthi Hettiarachchi is described as having “led” the rehabilitation programme, and of having worked with the Sri Lankan security forces for three years in that field.

These links may help explain why, in contrast to humanitarian organisations like the International Committee of the Red Cross (ICRC) which were routinely prevented  from visiting detainees, the researchers were able to gain, in their own words, “wide-reaching access to the detention centres.”

More than just a white-wash

Confronting the truth about Sri Lanka’s ‘rehabilitation’ matters not merely as a point of academic contention, but because failing to do so risks a dark episode in Sri Lanka’s history being repeated. In short, Belanger’s proposition that Sri Lanka’s post-war ‘rehabilitation’ experience ought to be replicated today is not simply an act of white-washing; it is also a prescription to revive the conditions in which appalling human rights violations once flourished.

Spurious claims about the effectiveness and generosity of the ‘rehabilitation’ programme are an insult to those who suffered torture and sexual violence at the hands of state officials, and to the relatives of those who disappeared after entering government custody at the end of the war. They obscure the ongoing suffering of victims and survivors and diminish the chances of perpetrators one day being brought to account.

When it comes to conducting research with vulnerable and ‘at-risk’ populations in post-war environments, members of the academic community bear, above all, a responsibility to ensure that their research does not do harm. On this count, Belanger and his co-authors have failed spectacularly.

[1] Others identified as LTTE members were even less fortunate, with the UN OISL report indicating that some of those who gave themselves up were either extrajudicially executed or transported to secret detention centres (para 366). While the lack of transparency and independent monitoring of the surrender and detention process make it difficult to ascertain the number of individuals forcibly disappeared after being identified for ‘rehabilitation’ (para 442), one recent analysis of official figures suggest that as many as 2,994 may be unaccounted for.

[2] By the government’s own admission only 1,351 of those detained were considered to have held leadership roles, or been extensively involved in operations or attack.

[3] The government of Sri Lanka’s implausible suggestion that those entering ‘rehabilitation’ did so voluntarily, are squarely contradicted in interviewees with detainees themselves; a survey of twelve taken in January 2012 indicating that none was “aware that they had any choice about being in rehabilitation.”[3]

[4] A further issue undermining the findings of the study, are the reports – not engaged with by Belanger et al – about just how little time detainees actually spent undergoing rehabilitation trainings. One independent survey of detainees found that “most of the time was either spent working [clearing jungle, cooking, producing garments etc] or waiting around for the next interrogation.”