“Families of the disappeared are back to the beginning of their struggle…the pain of not knowing the truth is a wound that keeps bleeding.”

Can you imagine losing a loved one but not having a body to mourn?

Over the decades thousands of families in Sri Lanka have faced the pain of searching for missing family members. Some cruelly snatched in broad daylight by unidentified members of the security forces. Despite hardships families across Sri Lanka have campaigned for truth and justice. Mothers have led protests and endured a long journey of lobbying. Courage has not been enough. With a backlog of more than 60,000 cases of disappearances many families remain frustrated by the failure of the Sri Lankan state to help them find truth.

August 30th is International Day of the Disappeared.

A Right to Truth

Victims of human rights abuses have a right to truth. The need to know what has happened inspired mothers to take to the streets at the end of the war establishing a network of tent protests across the north and east of Sri Lanka. Visiting officials who stopped at the tents could not help but be moved by mothers begging them to help them find their children. Domestic failure to investigate and support families of the disappeared compelled Pablo de Grieff, the Special Rapporteur on truth, justice, reparations and non-recurrence, to shame Sri Lanka at the Human Rights Council. At a side event with mothers in 2018 he berated Sri Lanka for its failure to deliver justice to victims.

Despite adversity families have persisted in trying to access justice. They have filed police complaints; submitted cases to the National Human Rights Commission; written letters to members of Parliament and testified before numerous Commissions such as the Lessons Learned and Reconciliation Commission. Their activism has involved working with others including acting as community mobilisers during the Government’s consultation on transitional justice. When this activism failed to deliver truth, they had to take their calls to the Human Rights Council in Geneva. 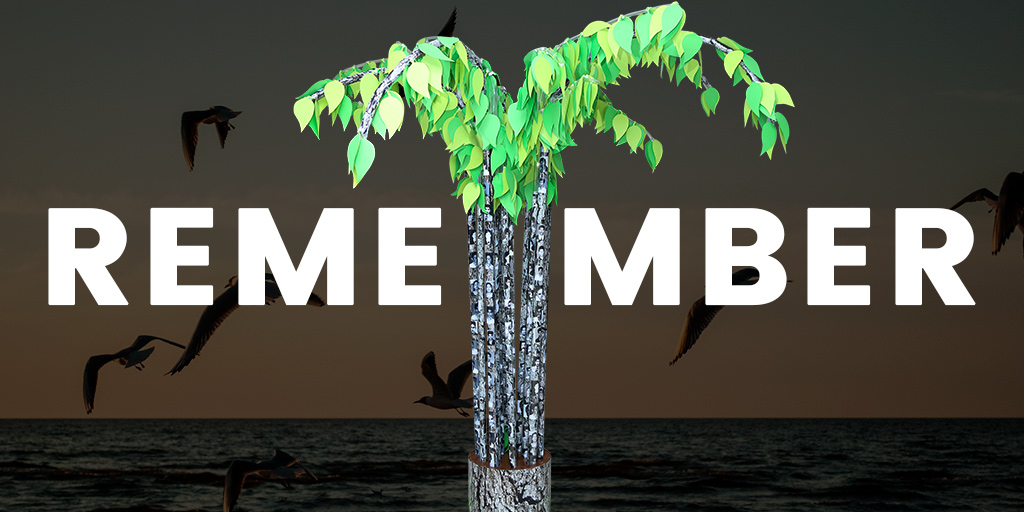 August 30th is International Day of the Disappeared.

For decades the mothers of the disappeared have submitted their cases to the Working Group on Involuntary and Enforced Disappearances; the Universal Periodic Review; as well as the Office for the High Commissioner for Human Rights. After the end of the war a few brave individuals travelled to the Human Rights Council to tell their stories. They shared poignant passport photos of their loved ones with a string of officials and diplomats.

The mothers’ lived experience of bureaucratic obfuscation and tales of testifying time and time again before domestic ad hoc bodies could not be brushed aside. Families with no body to mourn made the Sri Lankan human rights story a tragedy of official neglect. Finally, in response to civil society and victims’ demands the Human Rights Council passed Resolution 30/1. The landmark 2015 resolution set out a roadmap on transitional justice including the need for accountability on disappearances. 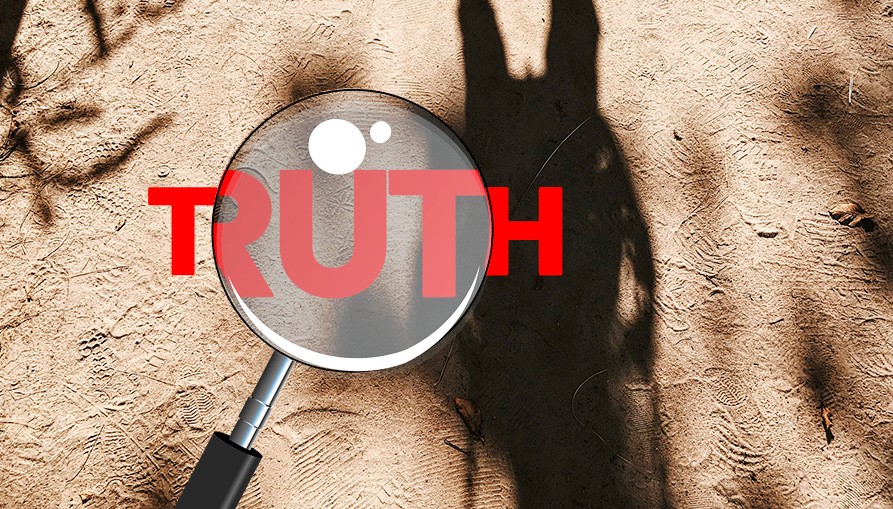 The Office of Missing Persons

In response to growing pressure the Sri Lankan government established an Office of Missing Persons (OMP) in 2017. It promised that helping families trace those missing would be a priority. Years on many families lack trust in the OMP to deliver. The OMP is not a judicial body and lacks resources. One community activist notes, ‘the OMP doesn’t even have its own tracing unit to investigate’. Families are being sent requests to supply the Office with various documents and yet rarely receive anything in return. The OMP has released an official list of the disappeared in some districts, but appointment of new Commissioners has now thrown the independence of the mechanism into question.

A recommendation was made that families should be paid interim relief of 6,000 rupees monthly until a compensation package is worked out with the reparations office. Some families impoverished from years without a breadwinner have accepted this. Others, particularly Tamil families in the North and East, refuse as they feel it is too small a gesture and cannot make up for lack of accountability. 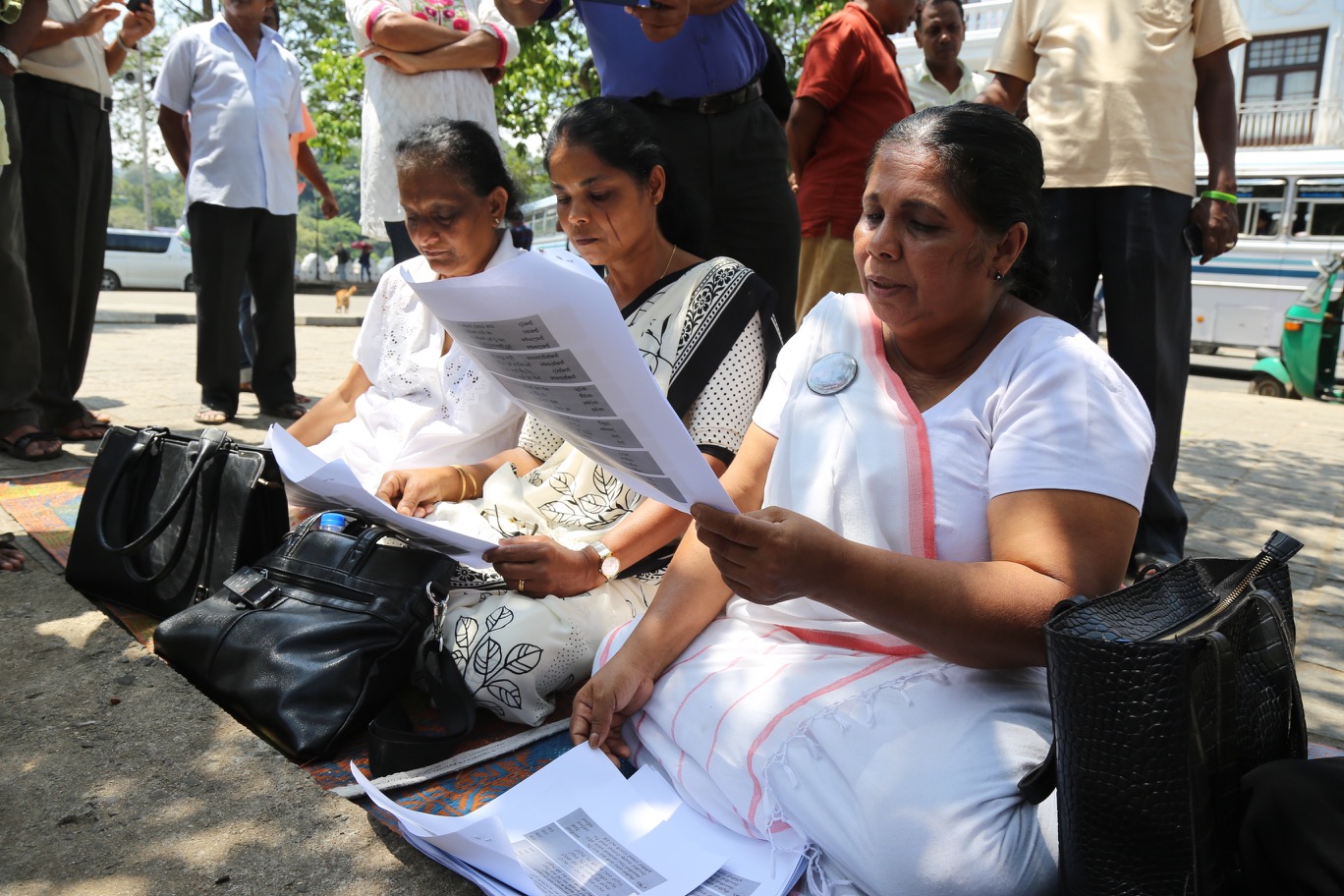 Sandya Ekneligoda is the wife of Prageeth, a Sri Lankan journalist, cartoonist, and political analyst who has been missing since he left work on the evening of 24 January 2010. Since that fateful day Mrs Ekneligoda has been relentless in her quest for justice. Despite threats she has kept a spotlight on her husband’s disappearance. Prageeth’s case is now recognised as an emblematic case of impunity by the United Nations.

Mrs Ekneligoda is aware that some of her colleagues in the north and east face a tougher situation. “Some of the mothers who campaigned have died now and they are more isolated due to Covid.” The promise of transitional justice back in 2015 raised hopes. But with the consolidation of the Rajapaksa’s grip over institutions “families are back to the beginning of their struggle…the issue now is not about families and their right to know but a personal matter for the ruling family to ensure no one is held accountable”.

Troubling Legacy of the Prevention of Terrorism Act

A major driver of enforced disappearances has been Sri Lanka’s Prevention of Terrorism Act (PTA). The PTA has given the security forces carte blanche to detain critics and use draconian legislation as a tool to muzzle dissent. Despite long-term calls by civil society organisations to repeal the PTA it is still in use in 2021. The government is using the PTA to keep critics they have identified in long term remand. This includes a journalist, a lawyer, and a Member of Parliament. What confidence can activists have in raising the right to truth when they too could be targeted and silenced?

The common refrain of activists in Sri Lanka is that there is no political will to deliver on truth. Cases that make it to court are often postponed, or, as in the case of the ‘Navy 11’, simply side-lined. The ‘Navy 11’ refers to the enforced disappearance of 11 individuals between 2008 and 2009, allegedly committed by a special intelligence unit of the Sri Lankan Navy. Despite police investigations that concluded Navy squads had conducted abductions, torture, and disappearances the proceedings were suspended. State resistance to accountability is illustrated by the arrest of the police investigator who was gathering key information and threats to witnesses and lawyers.

The Sri Lankan state might argue that enforced disappearances are a crime of the past. There have been initiatives to collect information by the OMP but these steps have not resulted in holding perpetrators to account.

Disappearances are a crime without end when families lack the facts about what happened to their loved ones. In the moving words of Mrs Ekneligoda, “the pain of not knowing the truth is a wound that keeps bleeding.”  If impunity remains the hallmark of the Sri Lankan state, we will continue to see mothers demanding answers, deserving the truth.

Responsibility of the International Community

Through a series of resolutions, the United Nations raised the hopes of victims’ families that something tangible would be done on the ground. Instead of progress on transitional justice there are reprisals against activists and repeatedly delayed court cases. It is urgent that United Nations members support domestic calls for accountability. When the UN Human Rights Council meets in September, families of the disappeared expect diplomats to remember their stories and their courage.

What better way to mark International Day of the Disappeared on 30 August than by acting in solidarity with those still looking for their loved ones.

More information about disappearances and the search for justice in Sri Lanka: