Death of “Gobi” should mean the release of the detained

We are today calling for the release of Jeyakumary Balendran and at least 60 others detained under the prevention of terrorism act in the last month, following the Sri Lankan Army’s announcement that they had killed suspected LTTE revivalist Selvanayagam Kajeepan AKA Gobi. We are suggesting a travel ban be placed on all members of the department responsible unless this takes place.

The manhunt for Gobi was repeatedly cited as the reason that Jeyakumary Balendran and others were detained under the Prevention of Terrorism Act – a draconian piece of legislation which allows suspects to be detained without evidence for up to 18 months.

There was never any credible evidence produced to link Jeyakumary Balendran or any of the other people arrested to Gobi, and their detention had always appeared to have more to do with maintaining a climate of fear, and preventing communication with the outside world, than it did with security concerns. Now that Gobi is no longer at large there is no longer even the illusion of a reason to continue to detain these people. The Prevention of Terrorism act is an immoral, unnecessary, and unjustifiable piece of legislation and it must be abolished, and those held under it must be released without delay.

Jeyakumary Balendran and at least 60 others remain in Boosa detention centre, a place notorious for torture. We remain very concerned about their wellbeing. If they are not released immediately the international community must swiftly act to ensure there are meaningful sanctions – such as a travel ban on all members of the TID (Terrorist Investigation Department).

Little information is available about Selvanayagam Kajeepan AKA Gobi. As we pointed out earlier, the lack of information about Gobi, and the fact that such information as has been made available does not tally with credible eyewitness accounts, cast doubt on the official narrative of events. This pattern continued as the Uthayan newspaper reported Gobi was arrested on the 8th of April (eyewitnesses had suggested he had already been arrested on the 13th of March), and yet he was reported to be at large when he engaged in a firefight with security forces and was killed on the 11th of April. Clearly this raises the suspicion of extrajudicial killing, but without any further information it is impossible to say whether this was the case, or indeed whether the entire saga was a complete, or partial, fabrication, or merely an exploitation of real events for the purposes of quelling dissent. Certainly a degree of scepticism is in order.

Pro-government spokespeople immediately took to social media (some seemingly before the news had even officially broken, and with images apparently prepared in advance – raising further questions) suggesting the incident marked a return to war. This is patently absurd and there is no suggestion that this incident will have any subsequent consequences. Indeed the death of Gobi, whoever he is or was, must not mark the beginning of anything, but the end of a strange saga which the Government of Sri Lanka ruthlessly exploited to intimidate its critics into silence and strike a series of blows against those working for human rights in Sri Lanka. It is vital that this process is now put into reverse. 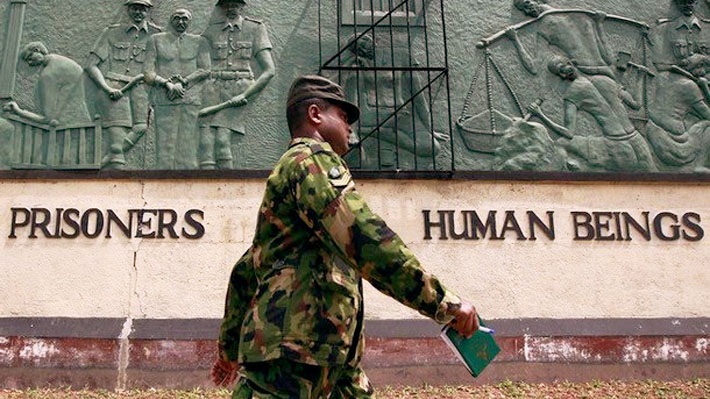