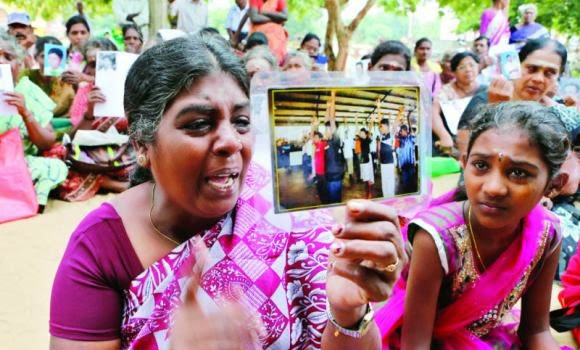 Five months ago, a mother of the disappeared – Jeyakumary Balendran – was arrested and jailed amid a renewed government crackdown on dissent in the run up to Human Rights Council session in March. You may remember our campaign and our director’s recent report.

Since then Jeyakumary has remained behind bars. Held under draconian anti-terror legislation that allows individuals to be detained for up to 18 months without charge, to this very day not a shred of credible evidence has been produced by the government to substantiate the allegation against her – that she was involved aiding and abetting the purported LTTE revivalist ‘Gobi’, whose apparent death in April removed even the illusion of a reason to continue to detain her.

Whilst her ongoing detention by the government continues to send a chilling message to Sri Lankan human rights defenders that their activism may be punished with impunity, on a more personal level, we remain deeply concerned for Jeyakumary’s mental wellbeing and physical safety. Not only is the Boosa detention facility in which she is held notorious for its use torture, but there are eyewitness witness reports that she (and others) have been physically abused by officials.

So we need your help. We want you to send a message of hope to Jeyakumary, by sending her a physical letter with a few short words of solidarity. By doing this, we hope to do three key things:

1) Offer some small comfort to Jeyakumary who is being held away from her family (including her 13 year old daughter) and who lives in fear for her future safety and access to a fair process.

2) Protect Jeyakumary from coming to further physical harm in detention by alerting her prison guards to the fact that the world is watching.

3) Remind the government that it cannot lock up activists with impunity, and to show solidarity with other the human rights defenders that their actions are designed to intimidate.

In writing your letter, which could be a card or postcard, we would advise that you keep your message as personal as possible and to avoid making political statements or comments relating to the specifics of her case which could risk putting her in further danger. The letter should be seen for what it is, as a personal message of support and not part of an organised campaign (for this reason we have not included a suggested text). Because English is not Jeyakumary’s first language, we would also recommend (unless you are writing in Tamil) keeping it as short and as visual as possible. For example: 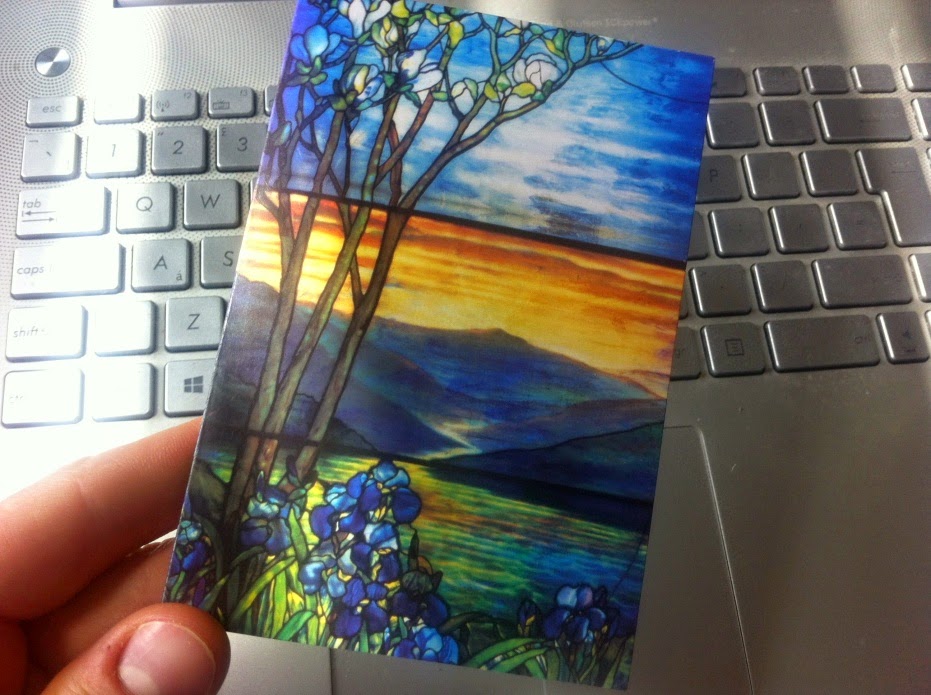 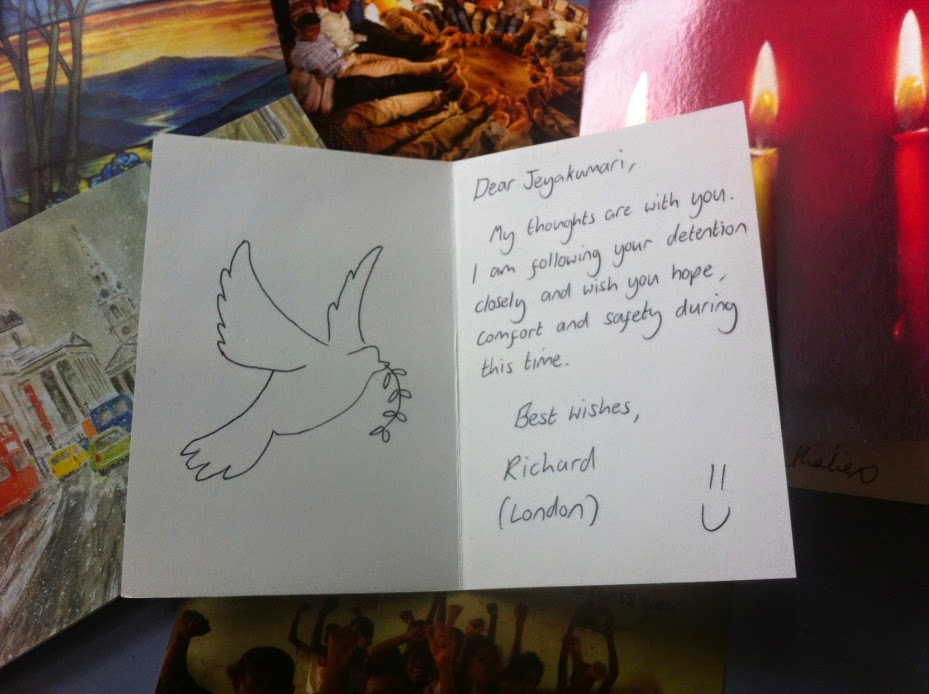 We would also advise that you print and include this short note in Tamil which helps briefly explain what the letter is for[1]. You can download this as a PDF here:

Please address your letter to:

An average sized greetings card or letter (under 60 grams) to Sri Lanka will cost £2.15 (or 3 x 2nd class + 1 x 1st class UK stamps) from the UK. But larger cards or folded A4 letters may cost slightly more. If in doubt, please consult the Royal Mail price finder or enquire with your nation’s post office. 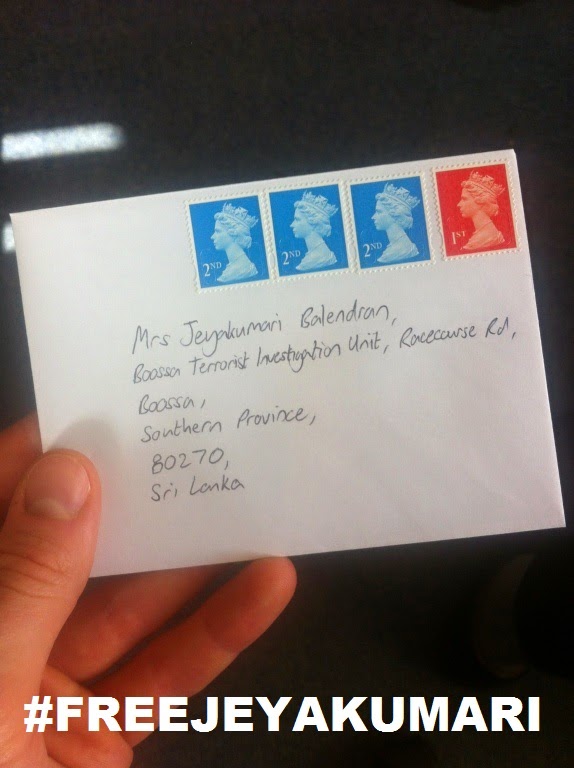 To get an idea of how many people have joined our campaign, and to encourage others to do the same, we would really appreciate it if you could Tweet us using the hashtag #FreeJeyakumary, message us on Facebook, or send us an email with a picture of your card or letter. Or if you would prefer to remain anonymous, just drop us a line and let us know that you have been part of it.

Writing a letter takes only a few minutes, costs little, and means a lot. Please send one today.

This letter has been sent to you as a message of solidarity against your ongoing detention without charge. It contains a message wishing you well and expressing support for you. We wish you hope, comfort and safety during this time.