Next week, more than 200 Sri Lankan troops will be deployed to a UN peacekeeping mission in Mali. We want to stop that from happening, and ask for your help to ensure that it doesn’t.

Because in 2019, the UN itself announced it was suspending deployment of Sri Lankan peacekeepers after alleged war criminal Shavendra Silva was appointed Commander of the Army.

Last week, Sri Lankan Army troops bound for Mali on 20th April presented a formal military salute to Shavendra Silva. These scenes are not only deeply offensive to victims of Sri Lanka’s war but profoundly damaging to the global image of the UN peacekeeping system. 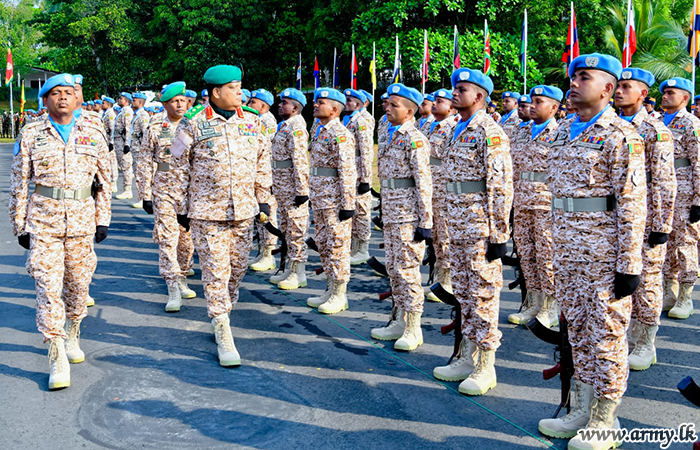 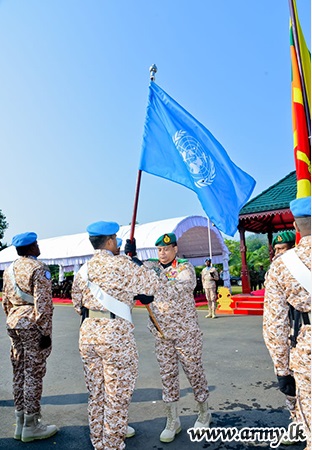 Contributions to UN Peacekeeping, and the photo opportunities it provides, are used by Silva and the Sri Lankan Army to whitewash their reputation, and present an image of acceptability to the world. But the mass atrocity crimes that were committed in the final stages of the war can never be forgotten by victim-survivor communities and families still searching for their disappeared loved ones, nor should they be forgotten by the international community.

If this sounds familiar, it’s because in November 2019, just two months after the UN announced the ban, Sri Lankan troops wearing the blue berets of UN Peacekeeping were photographed saluting Shavendra Silva as they prepared for deployment to Mali.

The Sri Lanka Campaign has previously argued that no Sri Lankan soldier should serve in a blue helmet while serious human rights violations remain unaddressed – including credible evidence of mass atrocity crimes during the final stages of the war and the alleged involvement of Sri Lankan peacekeepers in Haiti in child sexual exploitation between 2004 and 2007.

However, at minimum, we believe next week’s deployment should be suspended until:

We have written to the UN Department of Peacekeeping Operations (DPO) and to diplomatic missions asking them to ensure that these conditions are met. But you can help us by contacting the DPO yourself:

With your help, we can #HaltTheDeployment – and ensure that UN peacekeeping is never used as an opportunity for human rights abusers to launder their image.

The purpose of UN peacekeeping is to keep the peace, standing between civilians and the forces that would harm them. It is vital that troops sent to protect civilians in peacekeeping missions around the world understand their responsibility to protect human rights and uphold the highest standards of behaviour.

Between 2004 and 2007, more than a hundred Sri Lankan peacekeepers were implicated in the systematic sexual exploitation of children during a deployment to Haiti.

Not a single individual has been held criminally accountable, and some appear to have been promoted.

Sri Lankan troops are credibly accused of horrific mass atrocity crimes during the final phases of the war in 2009, and many other human rights violations both before and after.

There has been no accountability for these crimes and no attempt to identify and remove perpetrators.

In this context, UN Peacekeeping has come under pressure to establish thorough vetting and screening of Sri Lankan troops deployed on UN missions.

In 2018, we looked at how troops are vetted before deployment on peacekeeping missions. As we documented, there were concerns that the existing vetting process was flawed, failing to prevent civilians in conflict zones from being placed at risk by Sri Lankan troops credibly accused of human rights violations.

Since 2016, a major part of the vetting process has been undertaken by the National Human Rights Commission of Sri Lanka (HRCSL). But after the 20th Amendment was passed in October 2020, the HRCSL can no longer be regarded as independent. President Gotabaya Rajapaksa (himself accused of war crimes) now directly appoints commissioners. All of the existing commissioners were replaced with new appointees in December, several of whom have been linked to the ruling party and the Rajapaksa family. The new chair of the Commission is a former government minister.

Since the HRCSL can no longer be regarded as independent of a government whose leaders are themselves accused of war crimes, a key question for UN Peacekeeping is just who carried out the vetting of the new contingent of peacekeepers who are due to be deployed to Mali next week?

We have written to the UN Department of Peacekeeping Operations (DPO) and to diplomatic missions asking them to ensure that these conditions are met. But you can help us by contacting the DPO yourself:

With your help, we can #HaltTheDeployment – and ensure that UN peacekeeping is never used as an opportunity for human rights abusers to launder their image.