The Sri Lankan government must urgently clarify whether a senior army official convicted for the murder of eight Tamil civilians, including a five-year-old child, has been pardoned and released from prison. They must also explain why the families of the victims are reportedly being subjected to a campaign of intimidation at the hands of the security forces.

Former staff sergeant Sunil Ratnayake was convicted in 2015 following widespread outcry over the murders, known collectively as the ‘Mirusuvil massacre’. The massacre took place in December 2000, when the villagers of Mirusuvil, Jaffna, attempted to return to homes that they had abandoned several months earlier due to fighting between the Sri Lankan army and the LTTE (‘Tamil Tigers’). 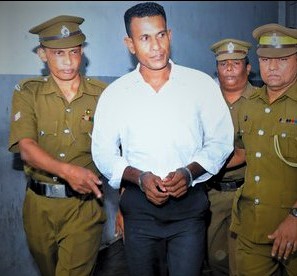 During a lull in the fighting, a group of nine men and boys had re-entered the village to check the state of their properties and collect their belongings. The group were apprehended by soldiers from the Sri Lankan army, after which they disappeared. One of the men, Maheshwaran, later managed to escape with injuries consistent with torture. He led investigators to the site where the eight bodies of the men and boys were found in a mass grave. The victims had been stripped naked and appeared to have had their throats cut before the bodies were dumped in a toilet pit.

Maheshwaran later identified five suspects in an identity parade and after a thirteen-year trial, staff sergeant Sunil Ratnayake was convicted and sentenced to death.[1] Four other defendants who had been identified by Maheshwaran were acquitted due to insufficient evidence. An appeal filed by Ratnayake was unanimously rejected by the Supreme Court of Sri Lanka just last year, in May 2019.

Given the strength of the case against him, indications that Ratnayake has been freed from prison, or may be about to be freed, are deeply disturbing.

News items suggesting that incoming President Gotabaya Rajapaksa had released Ratnayake by way of a “special order” initially began circulating on social media in Sinhala in November 2019. These reports were later denied by both the President’s office and Prisons Department, who in December told journalists from AFP Fact Check that no such order had been given and that the inmate remained in jail.

However, in a press conference on 12 January, opposition MP Ajith Perera claimed that the President had decided to release Ratnayake (along with 34 military intelligence officers), in line with Gotabaya Rajapaksa’s recent campaign pledge to free all so-called ‘war heroes.’[2] Welcoming the move, Perera stated: “our internal sources informed us that they took this decision on 10 January after discussing [the matter] with the Justice, Human Rights and Legal Reforms Minister, Nimal Siripala de Silva. We are happy about it.”

At time of writing, the President’s office has yet to issue a fresh denial, and Ratnayake’s status and whereabouts therefore remain unclear. Meanwhile, human rights activists have provided unconfirmed reports to the Sri Lanka Campaign that Ratnayake has recently been sighted outside of prison.

Amid the chilling uncertainty, it emerged earlier last week that the families of the Mirusuvil massacre victims had been visited by members of the security forces in an apparent effort to intimidate them. According to one report, four unidentified men visited neighbours of the relatives, “collecting details of who was staying at each of their properties and their connections to those that were massacred.” The incident comes amid a wider coordinated crackdown against victims, journalists and human rights defenders by the incoming government (as documented in two recent reports, here and here).

While rumours of Ratnayake’s release will no doubt have stoked fear among witnesses, relatives of the victims, and members of the wider community – they also raise serious concerns about the future of the rule of law in Sri Lanka.

At the time of the conviction in 2015, the case was held up as evidence[3] by the military and the Attorney General’s department that the domestic justice system in Sri Lanka was capable of dealing with cases of serious human rights violations; a suggestion which ultimately led to the previous government reneging on its promise to establish an internationalised accountability mechanism to deal with abuses committed during and after Sri Lanka’s civil war. If the recent claims about Ratnayake prove to be true, they will surely – and indeed must – intensify the call for members of the international community to pursue alleged perpetrators of war-time crimes outside of Sri Lanka.

The Sri Lanka Campaign urges the government of Sri Lanka to immediately clarify whether Ratnayake has been pardoned and released – and if so, on what grounds. His conviction has been upheld by the highest court in the country and counts among the outrageously few examples in which state actors have been held accountable for serious human rights violations. His release would stand as a monumental failure of the judicial system in Sri Lanka, providing a clear indication that it is incapable of bringing perpetrators to book.

[2] By way of context, Ratnayake’s initial conviction attracted fury from extremist Sinhala Buddhist nationalists who saw it as a betrayal of members of the armed forces regarded as protecting the country from terrorism. There have since been a number of social media campaigns calling for his release.

[3] “A military spokesman claimed that the judgement demonstrates the capacity of Sri Lanka’s legal system to deal with human rights violations – a view echoed by many others including officers of the Attorney General’s Department who handled the prosecution.”