Has the Australian government been complicit in the disappearance of 153 Tamil asylum seekers? 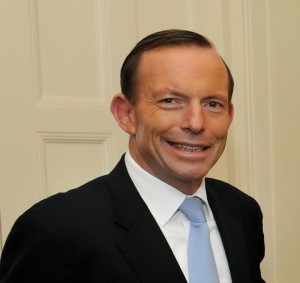 Over the weekend, reports emerged that the Australian government had intercepted two boats carrying at least this number of individuals (including 37 children) somewhere off the coast of Christmas Island, Australia. The asylum seekers, of Sri Lankan Tamil origin, are reported to have embarked from the Indian state of Tamil Nadu.

Despite assurances from Tony Abbot over the last 48 hours that Sri Lanka, is ‘a country at peace’, there is strong documentary evidence that many returned Tamil asylum seekers have been subjected to torture and sexual violence at the hands of Sri Lankan security forces over the past few years. Worryingly, the Sri Lankan High Commissioner has already confirmed that the 153 individuals, if returned, will face a magistrates court upon arrival.

This move, if carried out by the Australian government, would therefore clearly constitute a violation of Australia’s obligations under international law – specifically, that individuals must not be involuntarily returned to a country where he or she has a well-founded fear of persecution. Until the status of these individuals can be properly established in accordance with fundamental refugee protection principles, any plans to transfer the passengers must be suspended. Already the UNHCR has expressed ‘profound concern’ about the manner in which these individuals have been intercepted and handled, amid reports that they are being subjected to the most rudimentary of screening processes at sea by immigration officials.

To urge the Australian government to break its silence about its treatment of these asylum seekers, and to issue a reminder that it must adhere to its moral and legal duties to these individuals, please email the Australian Prime Minister Tony Abbott, along with the Minister for Immigration and Border Protection Scott Morrison here, and at [email protected].You can also voice your concerns to them via twitter, @TonyAbbottMHR and @ScottMorrisonMP, using the hashtag #wherearethe153.

Here is an example of what you might wish to say:

I am profoundly concerned about the welfare and fate of the 153 asylum seekers (including children) reported to have been intercepted by the Australian Navy over the weekend, and the emerging reports of plans to transfer them to the Sri Lankan Navy.

As a matter of moral concern, I urge you to disclose information about the welfare, safety and whereabouts of these individuals. As a matter of legal concern, I also call on the government to clarify what next steps it intends to take with regards to screening and processing of these individuals, and whether plans are currently underway, or have been implemented, to transfer them to the Sri Lankan Navy.

It is imperative that such details are made public in order to establish whether Australia is acting in accordance with its obligations under the Refugee Convention – specifically, that individuals must not be involuntarily returned to a country where he or she has a well-founded fear of persecution. Despite recent claims by your government that Sri Lanka is a country ‘at peace’, the persecution of returned Tamil asylum seekers has been well documented in recent years. If it is the case that plans are underway for these asylum seekers to be returned to Sri Lanka, Australia is at serious risking of violating international law.

Until the status of these individuals can be properly established in accordance with fundamental refugee protection principles, any plans to transfer the passengers must be suspended pending a full and transparent screening process.