Haunted by her Yesterdays

As promised, here is the film “Haunted by her Yesterdays” by the Social Architects.

Please do watch it, and then share it with your friends.

Haunted by her yesterdays

This documentary tells a story of silent agony, trapped screams and repressed mourning. A story of women forced to deny their identity – who are trapped in between a government which sees them as “Tigers,” and a society whose norms they are no longer deemed worthy of.

These women fought bravely alongside men as members of the Liberation Tigers of Tamil Eelam (LTTE) during Sri Lanka’s bloody thirty-year civil war. From protectors and defenders of their families, villages and nation, thousands of female ex-combatants have now returned home to assume more traditional roles as mothers, wives, widows, and teachers – in communities where they are perpetually shunned. Through several powerful voices, “Haunted by Her Yesterdays” allows a few to share their pain and suffering – the wounds that remain unhealed, the scars that are impossible to ignore and the hearts that still burn with pain, passion and grief – for the world to hear. This film is a gripping tale of loss, betrayal and struggle, but –above all else – it is a search for inspiration and a call for action. As the country’s war-torn North and East struggles to rebuild itself, this documentary tells a deeply moving story that has been overlooked for far too long.

Created in 2012, The Social Architects (TSA) are composed of a diverse group of writers, intellectuals and working professionals. While most of TSA’s members hail from the country’s North and East, the group also includes other scholars and activists who have been working on Sri Lankan issues. TSA seeks to educate, to inform and to provide timely, thoughtful analysis on a range of topics.

TSA has written numerous reports and articles including: Salt on Old Wounds: The Sinhalization of Sri Lanka’s North, East and Hill Country and Giving Reconciliation in Sri Lanka a Better Chance: A Shadow Action Plan for the LLRC. The organization’s writing has appeared in a range of outlets such as Groundviews and International Policy Digest.

This March TSA will be releasing The Numbers Never Lie – a comprehensive report which assesses the Sri Lankan government’s implementation of the Lessons Learnt and Reconciliation Commission (LLRC) recommendations. 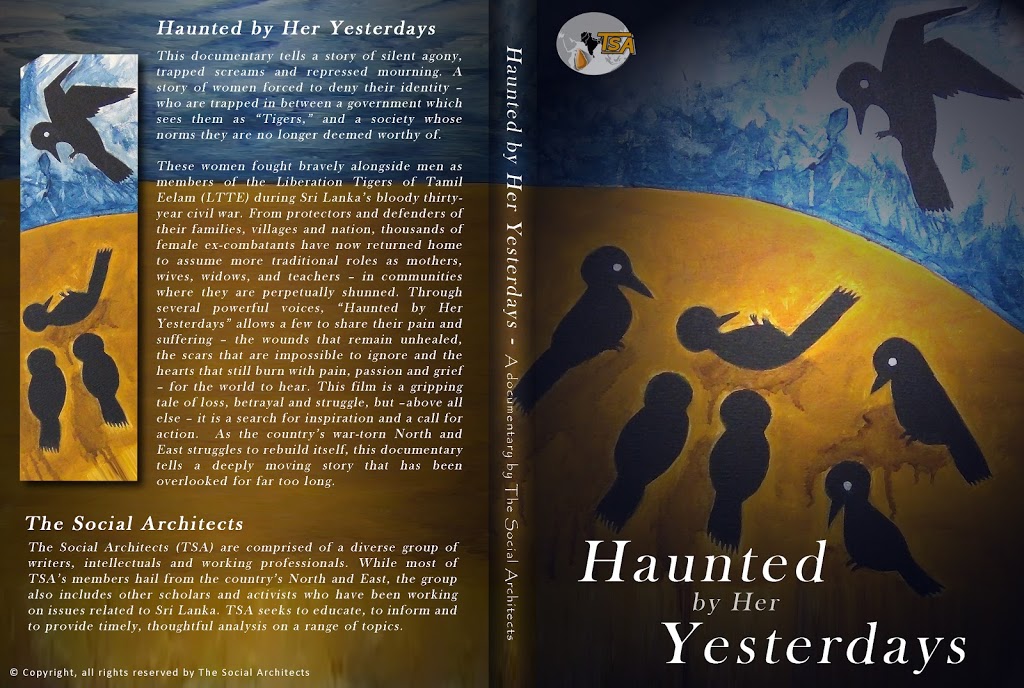