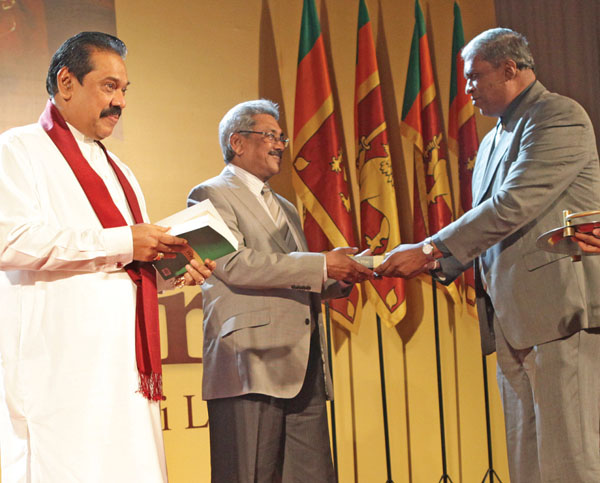 The government of Sri Lanka is currently attempting to appoint a former death squad member, C. A. Chandraprema, as its ambassador to the UN Human Rights Council.

As highlighted in a new dossier compiled by ITJP and JDS Lanka, Chandraprema was a key member of an armed group that worked with government of Sri Lanka during the late eighties to brutally suppress a left-wing youth uprising. The death squad is believed to have been responsible for the deaths of hundreds of people, including activists, journalists, and children – while Chandraprema has been identified under oath as personally involved in the alleged assassination of three human rights lawyers.

The appointment of Chandraprema would represent a slap in the face to these victims. But it would also send a chilling message to the dozens of activists who visit the Human Rights Council in Geneva each year to bravely speak up about the human rights situation in their country. This includes many Tamil activists, who will no doubt be deeply troubled by another disturbing aspect of Chandraprema’s record: his recent authoring of a book celebrating President Gotabaya Rajapaksa’s blood-soaked campaign to defeat the LTTE, during which tens of thousands of Tamil civilians were killed.

Members of the current government of Sri Lanka possess a grim track-record when it comes to the intimidation and harassment of citizens engaging with UN human rights bodies. Chandraprema’s appointment suggests that reprisals could yet again become the norm.

It cannot be right that human rights activists and survivors who go to Geneva looking for accountability are forced to deal with such an individual.

Thankfully, there is still time to stop that from happening. While the UN and members of the international community exercise limited control over diplomatic postings, the MPs who sit in the Sri Lankan Parliament’s ‘Committee on High Posts’ have the power to block the move.

Please help ensure that they use that power by emailing them today. You can find a template letter below – and a list of email addresses in the preceding link. The Sri Lanka Campaign understands that a decision could be made as early as this Friday (7th February) so please take action as soon as possible.

I am writing to you to express my serious concern about the proposed appointment of C.A. Chandraprema as Sri Lanka’s Permanent Representative at the United Nations in Geneva, and urge you to reject the nomination.

There is substantial evidence that Chandraprema was a key member of the People’s Revolutionary Red Army (PRRA), a death squad responsible for the murders of hundreds of people including human rights lawyers, journalists, students, and school children. In an affidavit given by a former Senior Superintendent of Police, Chandraprema is named as being involved in the alleged murders of four people, including three human rights lawyers, in this period. A dossier recently published by the International Truth and Justice Project (ITJP) sets out some of the key allegations.

Although he was arrested in 2000, Chandraprema was later released in circumstances which remain unclear and has never been brought to trial.

Chandraprema’s murky past makes him entirely unsuitable as the face of the Sri Lankan government in Geneva, and particularly at the Human Rights Council (HRC). Members of Sri Lankan civil society attending the HRC sessions in Geneva have in the past faced severe intimidation from members of the government’s own delegation, and the proposed appointment of Chandraprema is likely to be seen as an attempt to intimidate and silence them once more.

It is the responsibility of the Committee on High Posts to establish the suitability of Heads of Missions abroad, and it is clear that a full and proper investigation is necessary before C.A. Chandraprema’s appointment can be accepted. I call on you and the other members of the committee to postpone any approval of this appointment until a robust enquiry is carried out.