How the Foreign Office makes decisions 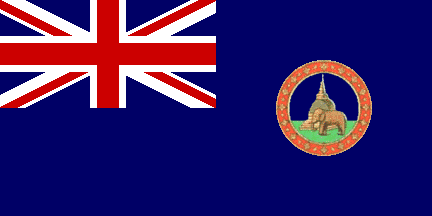 Britain’s Foreign Office has had a puzzling policy towards Sri Lanka in recent years. At times it has been downright terrible: selling arms to Sri Lanka and denying the clear evidence of torture by Sri Lankan security forces. At other times it has been a deal better, most notably in the recent welcome announcement from David Cameron that they would pursue an Independent International Investigation in Sri Lanka. Overall the impression has been of a lack of coherence, with different sections of the civil service pursuing different policies and the politicians, for the most part, only taking an interest when the public demand that they do.

Nowhere was this ambivalence more obvious than in their attitude to the Commonwealth Summit. On the one hand the decision to attend was clearly a mistake, and one thrown into even sharper contrast by the principled stand of Mauritius. On the other hand, having attended, the British did do a good job of drawing attention to the ongoing problems in the north, and spoke strongly about the need for action.

It would be easy therefore to let the matter rest, and concentrate on ensuring that David Cameron keep his promise of pushing for an investigation in March. But we feel it is important to look at what happened in November, in order to better understand – in a longer term manner – what kinds of attitudes and understandings are driving British policy towards Sri Lanka.

Therefore we have put together this piece, which analyses some of the arguments that were used before the summit and uses it to tease out some of the Government’s thought processes – and see if we can better understand why the Foreign Office behave the way they do.

The view that practical engagement (in contrast to ‘isolation’) is the key to advancing human rights in Sri Lanka has a long heritage within diplomatic circles. Those that subscribe to it frequently refer to the power of ‘behind the scenes’ diplomacy – a concept whose efficacy it is conveniently difficult to prove or disprove.

But what evidence is there to suggest that this sort of engagement has worked in the past in Sri Lanka? In October 2013, the Commonwealth Secretary-General’s aide Simon Gimson claimed that “what [the Commonwealth has] achieved in the last nine months, is more than any other international organisation in the last thirty-nine months” – yet in this period we witnessed the shooting of six unarmed protesters demanding clean water in Weliweriya, armed attacks on the homes of Tamil politicians and critical journalists, and the illegal seizure of $2 billion worth of land in the North of the country by the military. If these incidents represented a success for constructive engagement as Gimson claimed, this surely poses the question: what would failure look like?

As recent attempts at ‘champagne diplomacy’ by the British in New York illustrated, this soft approach frequently leads to the hard issues being skirted rather than confronted, whilst offering the government ample opportunities to pose as a willing partner committed to progress. Megalomaniacal as the Rajapaskas are, the Government of Sri Lanka is an institution, not an individual; the promise of “behind the scenes diplomacy” is rooted in the idea that Sri Lanka’s problems could be solved by a quiet chat between President and Prime Minister, but the world does not work that way.

This is one of the arguments that was most frequently put forward by the Prime Minister’s office. The logic appeared to rest on the dual assumption that attendance at CHOGM would help to draw critical attention from the international community about Sri Lanka’s human rights record, and that more critical attention would be garnered through attendance than non-attendance. Given the circumstances, the British government and media did do their best to ensure that this would take place, but this has to be measured against the mixed messages that attendance sent. In contrast to the unequivocal signals sent by Mauritius and Canada drew far more critical attention.

This speaks to the Foreign Office’s conservatism, which is a common characteristic of all diplomatic corps but seems particularly pronounced in the UK. There is a reluctance to try anything new, and a tendency towards business as usual. The problem in Sri Lanka’s case is that conducting business as usual normalises and legitimises the appalling situation that we currently have.

“Sri Lanka deserves some recognition [for its] progress” – Peter Heap

In an article in the Guardian newspaper from October 2013, challenging Douglas Alexander’s prior calls for a boycott of the summit, it was claimed by former diplomat Peter Heap that progress in Sri Lanka on development, democracy and de-militarization should warrant recognition, and that rights violations were not as bad as suggested. If you are reading this blog you will probably understand that this is nonsense, or will be able to discover so, quickly. And fortunately it appears neither David Cameron, nor any of his senior staff was fooled.

But the voice of apologist for the Sri Lankan regime within the Government should not be underestimated. Liam Fox may be out of favour but there are a number of young Conservative MPs, led by Aiden Burley and James Wharton, who are happy to accept free holidays in Sri Lanka and parrot governmental propaganda. The Conservative Party also appear to be in some way involved with “Engage Sri Lanka”, an anonymous group dedicated to undermining the credibility of Channel 4 News and any other vocal critic of the Sri Lankan Government. Engage Sri Lanka’s website was registered by a Cambridgeshire Conservative Councillor: Steve Tierney and was subsequently registered to Cambridgeshire Conservative Mayor Jonathan Farmer.

Perhaps more worryingly, some in the Conservative Party even seek to downplay the moral gravity of human rights abuses. This was exemplified at a Commonwealth conference in September 2013 by Lord Naseby who, noting disappearances conducted against enemy sympathisers in London during World War Two, appeared to legitimise war-time disappearances in Sri Lanka by implying that they are simply a fact of life in conflict. Misrepresenting war-time casualty figures in order to justify attendance to the Commonwealth summit is intellectually dishonest, but defending practises that amounted to war crimes in order to do so is truly reprehensible.

Meanwhile the Liberal Democrats are members of Liberal International: an organisation whose Sri Lankan member is a part of the Rajapaska regime, and whose leader – Rajiva Wijesinha – is among the most shrill and strident opponents of investigations into human rights violations.

Doubtless all political parties have those within them who have inappropriate links to nefarious regimes. But as the Conservatives and Liberal Democrats are parties of Government, it is right to be concerned about the nature of their links to Sri Lanka.

“Not attending would harm the Commonwealth” – William Hague

William Hague’s assertion that a boycott of the summit in Colombo would have harmed the interests of the Commonwealth appears increasingly peculiar given the disintegration that occurred as a direct result of the meeting. The Commonwealth’s credibility as a community of shared values (as set out in the Harare Declaration) is likely be overshadowed for years to come as a result of its preparedness to award the summit – and subsequently the chair of the organisation – to a government accused of war crimes and mass human rights abuses.

But it also spoke to the fact that human rights in Sri Lanka are not the British government’s highest priority, and will often come second behind issues they hold more dearly, be it the status of the Commonwealth, relations with India, or international trade. Nevertheless, the Foreign Office’s ability to make decisions which are not in the interests of human rights in Sri Lanka is limited when it believes the world is paying attention. Thus while it largely got away with selling the Sri Lankan Government weapons (thanks to the disgraceful lack of scrutiny of the British arms trade), it found that enough people were paying attention to the Commonwealth Summit that it had to at least present a human rights rationale for attending.

This argument also flushed out a significant amount of the Foreign Office’s strategic thinking. For example, it was increasingly suggested that a boycott of CHOGM would have amounted to a ceding of influence to China. Yet the UK’s current policy is allowing President Rajapaska to eat his cake and have it: to play off China and the West in such a way as to enjoy the perks of close association with both without any of the responsibilities which would usually accompany a close association with either.

Elsewhere it was warned that a boycott would risk re-opening colonial divides. But this argument appeared to rely on the deeply patronising (and indeed colonial) assumption that rights are for the West, and not ‘the rest’.

Reflections on the Foreign Office’s Position

The diversity and seeming desperation of some of the argumentative strands that made up the pro-CHOGM attendance position in Britain spoke in many ways to its collective incoherence. Whilst at the far end of the scale some resorted to more dubious means of making the case, even its more moderate proponents seemed totally obstinate in the face of overwhelming evidence of human rights abuses in Sri Lanka and about what would be achieved through attendance.

How can this be explained? Beyond the cosy personal relationships that no doubt helped to account for some of these views (both Peter Heap and Lord Naseby are part of the deeply pro-regime ‘Conservative Friends of Sri Lanka’ group, for instance), and notwithstanding the institutional failings of the Commonwealth, this pattern largely reflected the ongoing lack of understanding of Sri Lankan issues within diplomatic circles, the entrenchment of vested interests, and the corresponding lack of leadership that this imbued.

By way of contrast, the Canadian Department of Foreign Affairs and Trade demonstrated what could be achieved when the difficult issues are confronted head on – taking a principled stand, whilst thinking creatively about how to bring about positive change in Sri Lanka.

Nonetheless, while the British government snubbed calls for a boycott, the fact that they did then go out of their way to make sure human rights violations were flagged in their visit, and the fact that they made the welcome commitment to demanding an International Investigation on Sri Lanka, shows that if enough scrutiny and pressure is applied then the Foreign Office can be rapid, decisive, and a force for good. The key thing is to let them know that we are watching.