This coming Monday, the government of Sri Lanka will open a major gathering in Geneva attended by the 100+ countries who have signed up to the Convention on Cluster Munitions (CMC), an international treaty designed to prevent the use of one of the world’s most abhorrent weapons.

As the current President of the Convention, it will be the government of Sri Lanka’s job to facilitate discussion about how signatory states are fulfilling their obligations under the Convention. Those include pledges by member states to refrain from using cluster munitions; to act transparently by providing information about the stockpiling and clearance of weapons; and to identify and provide assistance to victims.

Anyone unfamiliar with Sri Lanka’s recent history might be forgiven for thinking that all of the above sounds very positive. But there is a problem with this picture: the government of Sri Lanka not only continues to deny credible allegations that its armed forces used cluster munitions against its own people in 2009; it also maintains, with breath-taking audacity, that not a single victim of cluster munitions exists on it soil. 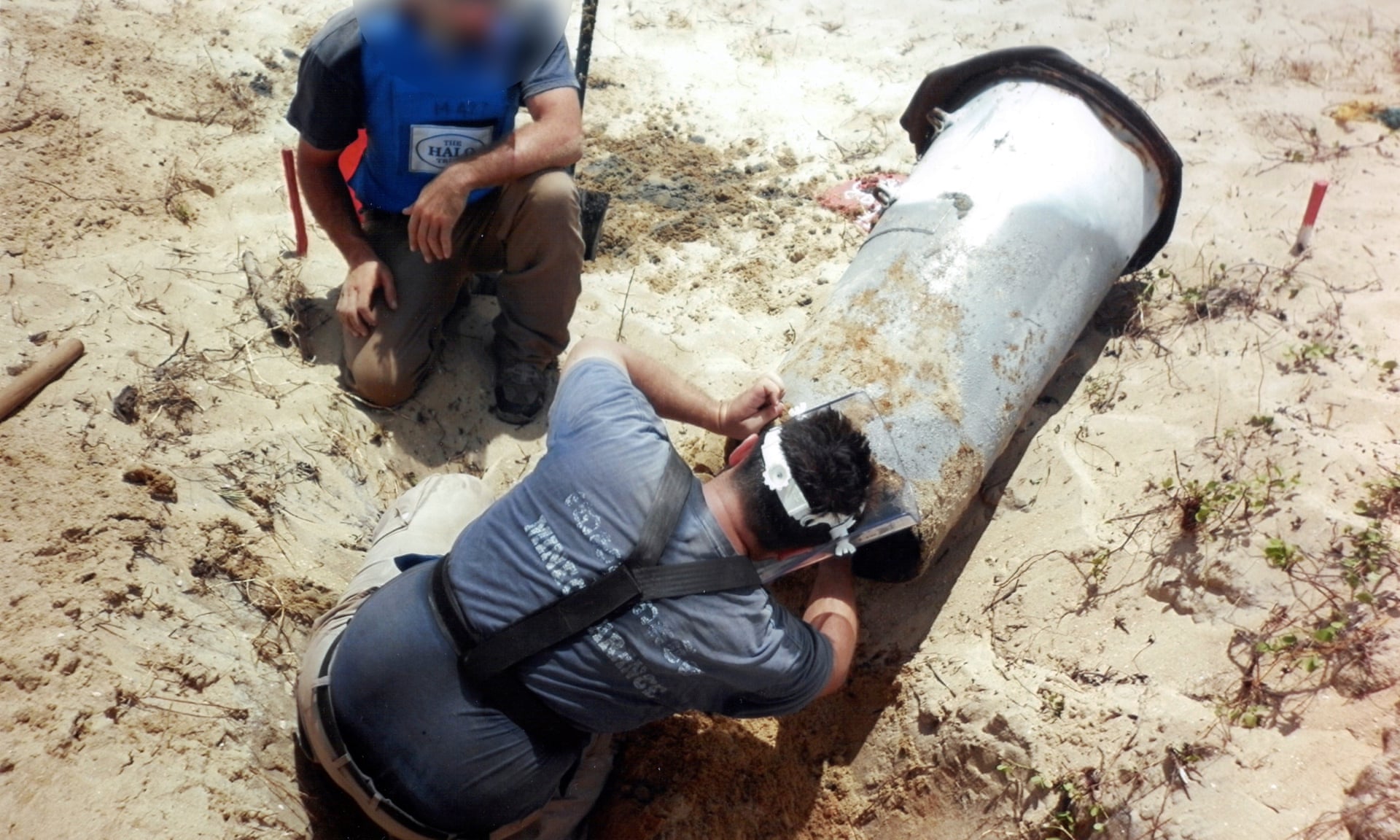 An image, leaked to the Guardian newspaper in 2016, of de-mining agency staff unearthing the remnants of what appears to be a cluster munition casing in Chalai, Sri Lanka.

A new report compiled by a group of human rights activists working in the North of Sri Lanka puts lie to those claims. As well as synthesizing a range of open source materials evidencing the government’s use of cluster munitions during the final stages of the war, the report draws on newly collected testimony from 18 Tamil cluster munitions survivors currently living in Sri Lanka, each of whom continues to live with the mental and physical scars of this cruel weapon.

What is abundantly clear from the findings is that the suffering of this group of people is being exacerbated and prolonged by their government’s refusal to acknowledge them. Among the recurring themes that run through the testimony are the stories of doctors refusing to accurately record the nature of victims’ injuries – and of survivors being subjected to harassment and intimidation by the security forces simply for speaking the truth about type of weapons used against them. In the words of one individual: “if we repeat that word [cluster bombs] there will be inquiries, problems, persecution.”

Many victims and survivors of the Sri Lankan civil war were aghast when news broke last year of Sri Lanka’s appointment to the Presidency of the CMC – and for many, the images that will emerge next week of Sri Lanka posing as a progressive champion on this issue, will continue to horrify.

The damage done to the credibility of the CMC in the eyes of Tamil war survivors is one which will be difficult to undo, especially as there remains no sign, as of yet, that the government’s recent leadership role has prompted it to confront its own dirty past. Yet there is still some hope that the spotlight which will fall on Sri Lanka next week will provide an opportunity to encourage the government to recognise and take responsibility for its many victims. It is up to all member states and civil society groups attending the meeting in Geneva in the coming days to help make the voices of Tamil cluster munitions survivors heard, and ensure that that happens.

Explainer: what are cluster bombs?

As the name suggests, a cluster bomb is a type of weapon delivered from the air that releases multiple explosive ‘bomblets’ over a large area. It is this widespread explosive force, coupled with the vast amounts of shrapnel that cluster bombs produce, which regularly make them a weapon of choice for those seeking to kill and maim large numbers of people in a given space. By their very nature, cluster bombs render it almost impossible to distinguish between the kinds of people who might be occupying that space, be they civilians or combatants. But some of the worst indiscriminate effects of cluster munitions are those that linger long after the fighting has stopped, with the significant amounts of unexploded ordnance that they leave behind posing an ongoing threat to civilians, especially children.