We have jointly launched the second edition of our media guide with Human Rights Watch. You can download it here. The press release we issued at the launch is copied below. 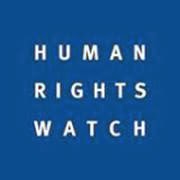 The 22-page media guide provides information on both the summit and Sri Lanka, from practical tips on getting around the country to the human rights situation four years after the end of the 26-year conflict with the separatist Liberation Tigers of Tamil Eelam. It encourages journalists at the Commonwealth meeting to look behind the official statements and tourist attractions and to ask government delegations about concerns over human rights issues in Sri Lanka.

“The Sri Lankan government’s promises of accountability since the war’s end have come to very little,” said Brad Adams, Asia director at Human Rights Watch. “If the Commonwealth has to have its meeting in Colombo, then human rights protections in Sri Lanka need to be prominently on the agenda.”

The Sri Lankan government has taken few meaningful steps to address the massive violations of human rights and the laws of war that have been reported by the United Nations, the media, and human rights groups. A United Nations panel of experts found that up to 40,000 civilians died in the final months of fighting. Government authorities have committed torture, including rape, against suspected rebel supporters both during and since the conflict. Nearly 6,000 victims of enforced disappearances remain unaccounted for.

The government is also acting in a heavy-handed way in connection with the Commonwealth summit itself, Human Rights Watch and the Sri Lanka Campaign said. The government has denied entry to participants in an International Bar Association Human Rights Institute, including two United Nations special rapporteurs. State media has threatened local activists and the UK’s Channel 4 team.

Given Sri Lanka’s human rights situation, the Commonwealth should not have agreed to hold the summit in Sri Lanka or to award the two-year Commonwealth chairmanship to Colombo, Human Rights Watch and the Sri Lanka Campaign said.

Prime Minister Stephen Harper of Canada announced that he would not attend the summit because of the Sri Lankan government’s failure to implement “Commonwealth values.” The government of the United Kingdom has committed to raising rights issues during the summit. David Cameron’s spokesperson recently announced that in the absence of proper investigations by the Sri Lankan government, the UK will back calls for an international investigation. The Indian prime minister, Manmohan Singh, has been under domestic pressure not to attend, or to express his concerns publicly if he does.

“By intimidating their critics into silence, carefully managing media opportunities, and clamping down hard on civil society, the government will attempt to portray Sri Lanka as a country enjoying a successful reconciliation process,” said Fred Carver, campaign director at the Sri Lanka Campaign. “This guide will assist journalists to ask the tough questions that the Sri Lankan government and their Commonwealth supporters need to answer.”