Joint statement with CHRI – attending Commonwealth summit must be conditional 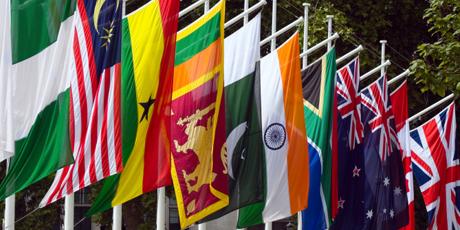 A year from now, on the 16th of November 2013, Sri Lanka will host the 2013 Commonwealth Summit or CHOGM. Yet so poor is the human rights’ situation in Sri Lanka that instead of the traditional year-out message of welcome the Commonwealth Secretariat had to issue a statement condemning Sri Lanka’s impeachment of its Chief Justice.

The report comes as a powerful committee of the British House of Commons issued a report stating that the British Prime Minister, David Cameron, should not attend the summit if it does go ahead:

We conclude that continuing evidence of serious human rights abuses in Sri Lanka shows that the Commonwealth’s decision to hold the 2013 Commonwealth Heads of Government Meeting in Colombo was wrong. We are impressed by the clear and forthright stance taken by the Canadian Prime Minister, who has said he would attend the Meeting only if human rights were improved. The UK Prime Minister should publicly state his unwillingness to attend the meeting unless he receives convincing and independently-verified evidence of substantial and sustainable improvements in human and political rights in Sri Lanka.

Even as disquiet on the question of holding the Commonwealth Summit in Sri Lanka increases, the Commonwealth Secretariat has In fact pushed for full attendance.It is morally indefensible to continue to stand by and allow Sri Lanka to unconditionally host the association’s premier meeting and go on to Chair for the next two years. This would seriously undermine the Commonwealth’s values, which have only recently been re-affirmed in 2009 and are supposed to be enshrined into a Commonwealth Charter in 2013.

We repeat our call to you, as the highest official of the Commonwealth, to uphold the Commonwealth’s commitments to its fundamental values and pursue a course of action that sees the establishment of a series of benchmarks which the Sri Lankan government needs to fulfill, in order to be fit for a Commonwealth Summit.

Heads of Commonwealth Governments should also heed this message.