Justice delayed must not be justice denied

The Human Rights Council has agreed to the UN High Commissioner for Human Rights’ request to postpone the publication of the UN investigation into war crimes in Sri Lanka (OISL) until September. The High Commissioner made this request due to “the possibility that important new information may emerge which will strengthen the report.” 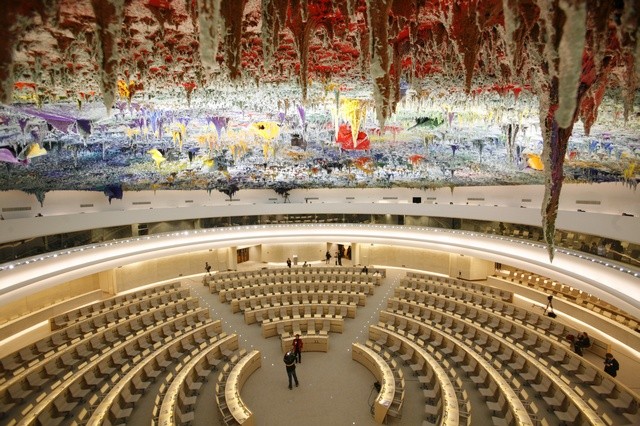 The news will doubtless come as a disappointment to the survivors of Sri Lanka’s civil war, who have waited patiently for justice for over six years, with little other cause for hope. The international community, and the United Nations, have a duty to ensure that justice delayed does not become justice denied, and that this deferral does not cause the international community to move on and forget. This report will be released – and when it is, victims’ demands for justice, acknowledgement and compensation must be heard.

Meanwhile, the new government of Sri Lanka has made a series of promises on accountability, in a letter from Foreign Minister Mangala Samaweera to the UN High Commissioner. While these promises are welcome, the Sri Lanka Campaign is deeply troubled to see the topics upon which this letter is silent. In particular, it is noticeable that while the government promises all forms of cooperation with UN special procedures and a visit by the High Commissioner – all conventional processes which one would expect as a bare minimum from any nation – it makes no mention of corporation with the UN war crimes investigation, simply restating its rejection of an international mechanism.

Indeed the Sri Lankan government has not even clarified whether Sri Lankan individuals are free to cooperate with the investigation or other UN mechanisms. The previous government stated that they would consider such behaviour treasonous and the current government has said nothing to countermand this statement. Over the last few weeks, many human rights activists across the north of Sri Lanka have continued to report high levels of intimidation, harassment, and surveillance designed to prevent them from going about their lawful task of human rights documentation. It appears that in this respect there has been no shift in policy from the previous Government.

While the Government has announced many positive steps, and implemented a few, it is far too early to herald a sea-change. We must not forget that Sri Lanka’s current leadership is not new. The President and Foreign Minister were part of the previous regime and at all levels, many of those in positions of responsibility in 2009 are still in power. We must also remember the many structural flaws in Sri Lanka’s legal system and the failure of domestic commissions under successive governments of all stripes to produce results. It is hardly surprising that victims continue to place their faith in the UN’s investigation.

International justice will have a role in Sri Lanka for some time to come. The OISL was mandated by the Human Rights Council and nothing can, or should, prevent it from completing its work to the best of its ability and presenting the most robust findings the evidence can support. There can be no trade-off between domestic reforms and international investigation, both are needed.

The survivors of Sri Lanka’s civil war have made it clear that justice, acknowledgement, and compensation are needed if Sri Lanka is to have any chance at a lasting peace. With the OISL report postponed they are being made to wait until September for the next step along that path; but that must be the last and only delay.