Justice for the Muttur 17 #justiceformuttur

On the 4th of August 2006 the worst crime ever committed against humanitarian aid workers took place. Seventeen workers for ACF (Action against hunger) were executed and their killers have never been brought to justice.

So little is known about the Muttur killings. The workers were helping local people rebuild their lives in the aftermath of the 2004 tsunami and were not involved in political work. There was seemingly no motive for their execution. Both the Sri Lankan Army and the LTTE were active in the area, as were various paramilitary groups such as Col Karuna’s TMVP. But no side has claimed responsibility for the massacre.

In the six years since the massacre took place the Government of Sri Lanka has made no attempt to investigate the killings and has colluded in the obstruction of justice and the destruction of evidence.

Justice for Muttur – Action Against Hunger by justiceformuttur-ACF

Whilst this is shocking it is scarcely surprising when you consider how the Government of Sri Lanka has successfully avoided investigating the 40,000+ civilians who were killed in the course of the final stages of Sri Lanka’s civil war.

But it cannot be allowed to continue. And now a powerful coalition has formed to demand justice for the Muttur 17. ACF (Action against hunger) have become one of the first humanitarian NGOs to speak out about what took place and to demand justice from the international community. They have been joined by Avaaz and by a number of other NGOs such as ourselves. They are also targeting the United Nations human rights council at the right time, as they will soon gather to discuss Sri Lanka’s human rights record as part of the Universal Periodic Review.

So please join the campaign, and sign this petition today.

Want to do more to spread the word? 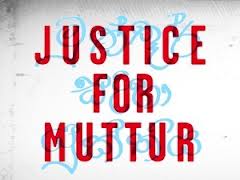