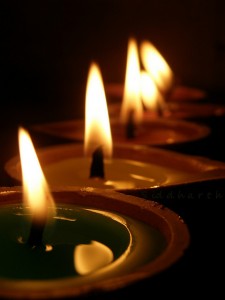 Last week Dr Chaminda Weerawardhana wrote an article for the Colombo Telegraph in which he defended the right of victims of Sri Lanka’s civil war to commemorate Maaveerar Naal, or “heroes day”. It is incredibly rare to hear a defence of Maaveerar Naal outside of Tamil circles, and to hear one now is a promising sign. A more nuanced and calmer discussion of grief and mourning in Sri Lanka is long overdue.

Of course there are many reasons why commemorating Maaveerar Naal makes some feel uncomfortable. For many years it was entirely synonymous with the Tamil Tigers (LTTE). The days in question, November 26th and 27th, correspond to two key dates in the history of the militant group: the birthday of the Tigers’ supreme leader, Velupillai Prabhakaran, and the day of the first ever LTTE casualty, Lt. Shankar AKA Suresh. Strictly only the latter day, the 27th, constitutes Maaveerar Naal, but commemorations often spanned both days.

The name Maaveerar Naal itself is problematic. Talking about the dead in militaristic terms as “heroes” or “martyrs” underplays the fact that most of the casualties of the civil war were civilian, and that many did not fully support the Tigers.

The LTTE also inflicted much suffering, particularly upon Sri Lankan Muslims, who perhaps suffered most at the Tigers’ hands, but also upon the Tamil activists and rivals that the LTTE murdered, the children they forcibly recruited, and the Sinhalese people who lost family members in suicide bombings. For those groups, Maaveerar Naal is a commemoration that can be deeply alienating.

Moreover, while it may provide comfort to some to think of their loved ones as heroes who died fighting for a noble cause, it is a notion which tends to preclude the sort frank and honest reckoning with the legacy of the LTTE that is required for reconciliation. Noble as the cause of self-determination may have been, the LTTE were a fascist organisation led by cowardly and incompetent individuals whose utter disregard for the lives of their own followers and civilians trapped in the crossfire led them to continue fighting long after the situation was clearly hopeless. The LTTE forced a large section of the community to stay with them, with the effect that most did not die fighting, but were helplessly and needlessly slaughtered long after the war was effectively lost.

No incorrect way to grieve

That said, the act of lighting lamps on November 26th and 27th is the primary means through which many Tamil people in the north of Sri Lanka choose to grieve. This is a tradition that predates the Tigers. It has its roots in Hindu mythology, and in the festival of Karthiaai Vilakkeedu (Karthiaai Deepam), which commemorates the formation of Murugan (the god of the Tamil people) and which falls roughly, and often exactly, on these dates. Some would argue that this, coupled with over 30 years of continual cultural practice in the north and east of Sri Lanka, means that Maaveerar Naal is a commemoration whose meaning cannot be claimed exclusively by the Tiger’s and which in reality holds much wider significance to the community as a whole.

While this is debatable, it is true that the Government of Sri Lanka’s ruthless suppression and co-opting of other means of memorialisation (bulldozing graveyards, building tasteless war memorials, and turning the anniversary of the war’s end into a triumphalist celebration of the Sri Lankan army) has left the Tamil community with little other outlet for its collective grief.

The Tamil areas of Sri Lanka are in the grips of a mental health epidemic, with studies indicating extremely high rates of war-related psychological trauma and the various forms of social breakdown that accompany it. Grieving for the dead, in whatever form the grief stricken wish to do so, is an important part of the healing process. Memorialisation in Tamil culture is primarily done through ritual, and Maaveerar Naal is without a doubt the most widely observed one.

Under Mahinda Rajapaska the commemoration of Maaveerar Naal was ruthlessly suppressed, in violation of rules regarding free speech and freedom of assembly. This added to the feeling of persecution and oppression felt by the Tamil community in the north and east, and the feeling that grief itself had been criminalized.

Three weeks ago Maaveerar Naal was marked with an unease which has been a common feature of this year; indicative of a Government which, while less heavy handed than its predecessor, continues to deploy surveillance and subtle intimidation by the security sector to maintain the north and east’s ongoing climate of fear. There were several reported incidents of commemorations being actively suppressed and a prevailing feeling among Tamil communities in the north that they were still unable to mourn openly.

This is not healthy. For all the problems associated with Maaveerar Naal, Sri Lanka can only heal and reconcile if people are allowed to grieve for their dead however they see fit, and without fear of reprisal. Nor are the interests of the Government of Sri Lanka best served by having Maaveerar Naal continue to be observed in secret, as it inevitably will be. This means that the mythology surrounding the war will be tightly controlled by a select few, without any of the scrutiny – and perhaps reflection – that a more open commemoration might bring.

In the interests of reconciliation the Government of Sri Lanka would do well to signal that it is bringing to an end its war on mourning. In 2016 we hope that people will be able to grieve openly by lighting lamps on the 26th and 27th of November – free from government interference, and we hope, freer also from the spectre of the LTTE.