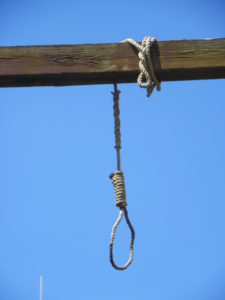 For many years, those in a position of authority in Sri Lanka considered themselves to be above the law. The effects of this attitude on the Sri Lankan civil war were catastrophic, resulting in tens of thousands of dead civilians. But the consequences of Sri Lanka’s systemic impunity did not end there, and rarely was this more apparent than in the case of Duminda Silva.

On 8 October 2011 there was a gunfight in the Colombo suburb of Kolonnawa between rival underworld gangs. The leader of one of the gangs, Bharatha Lakshman Premachandra, was shot and killed by the leader of the other, Duminda Silva. Neither were ordinary hoodlums: Lakshman was a former MP who was at the time employed as President Rajapaksa’s advisor on trade union affairs.  Silva was a serving MP who held the important role of “monitoring officer” for the Ministry of Defence, making him in effect the parliamentary eyes and ears of President Rajapaksa’s all-powerful brother Gotabaya.

That this happened at all showed how lawless Sri Lankan politics had become, but the farce then increased to grotesque levels when the police subsequently refused to arrest or even question Silva, claiming that he was not a suspect despite the fact that bullet shrapnel embedded in his skull clearly placed him at the scene of the crime.

Sri Lanka has a new government now, and while attempts to hold perpetrators to account for the various atrocities carried out in the course of the civil war have got off to a rocky start, the government has made some attempt to reestablish respect for the rule of law when it comes to less politically problematic cases such as that of Silva. This was shown last week, when Silva, along with four accomplices, was finally convicted for Lakshman’s murder.

However, while this conviction should have been a welcome sign of Sri Lanka’s return to normalcy, such an interpretation was immediately undermined by the sentence that was passed: death.

It should be pointed out that the chances of Silva or his accomplices ever being executed are slim. No one has been officially executed in Sri Lanka since 1976 and so slight is the chance of an execution ever taking place that when Sri Lanka appointed a new hangman last year it was treated as a jaunty “and finally” news item by much of the western media.

Nevertheless, one must not be complacent. President Sirisena has signalled his support for restarting executions, and the matter has recently been debated in the Sri Lankan Parliament. Furthermore, many experts and groups, including the UN Committee Against Torture, feel that even if no execution ever takes place, the act of placing someone on death row alone constitutes a form of mental torture.

Many of Sri Lanka’s ongoing human rights problems stem from the climate of impunity that took root as a consequence of the failure to prosecute crimes committed by the powerful. But others stem from the fact that the actions taken during the civil war caused the government to lose its sense of morality, and the ability or will to distinguish between right and wrong. The continued passing of death sentences is entirely incompatible with Sri Lanka’s attempts to reassert the importance of human rights and to meet international legal standards.

A willingness to embrace the death penalty undermines the legitimacy of the state and its justice processes, and flies in the face of global human rights standards and norms, along with the direction of history. It is a barbaric practice from a bygone age, and for all that Sri Lanka is eager to show the world that it has changed, the passing of death sentences shows that the state’s fundamental cruelty has not diminished.