No place for soldiers: the militarisation of Sri Lanka’s schools 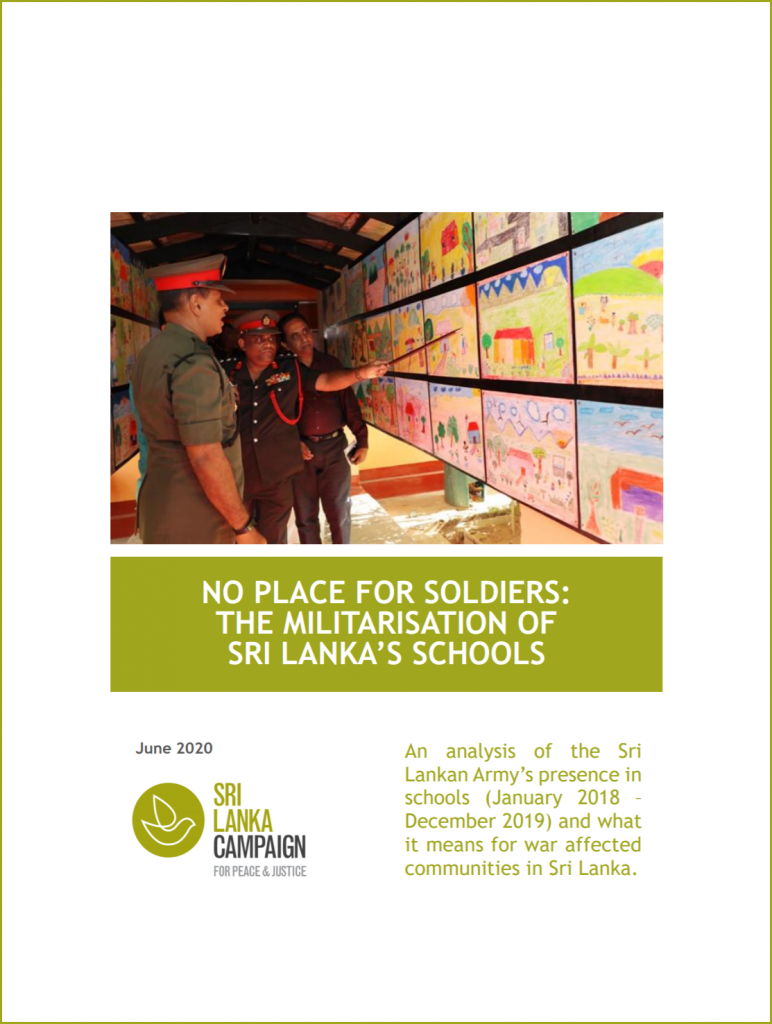 We are pleased to announce the release of a short new report, ‘No Place for Soldiers’, examining the role of the Sri Lankan army in civilian schools across the country. In it, we analyse two years’ worth of army press releases to reveal the staggering extent of the military’s engagement in Sri Lanka’s education sector – ranging from construction and leadership training, to gift giving and sporting events – and the disproportionate impact of this phenomenon in the Tamil majority North and East.

While the armed forces have often justified their activities in terms of fostering national unity and common identity, there is evidence to suggest that they may in fact be fuelling the sense of insecurity and mistrust felt by Tamil communities. As we flag in our report, the presence of the Sri Lankan army in the education sector also raises important questions about the risks posed to child welfare and the wider implications for sustainable economic development in areas still recovering from the war.

Although the military claims benign intentions behind its engagement in schools, including promoting economic development and post-war reconciliation, our research paints a more troubling picture. Drawing on insights from Tamil activists working in the North and East, we find evidence that this engagement is perceived as a means of social control and surveillance by war affected communities, with the focus on children seemingly designed to help entrench and normalise wider patterns of militarisation.

“It’s definitely about control. It means that no one will flinch when a new [army] camp crops up. It tells them [the children] that it’s normal to pass through 6 or 7 checkpoints every day.” – a Tamil activist who works with war affected communities across the North and East, cited in our report. 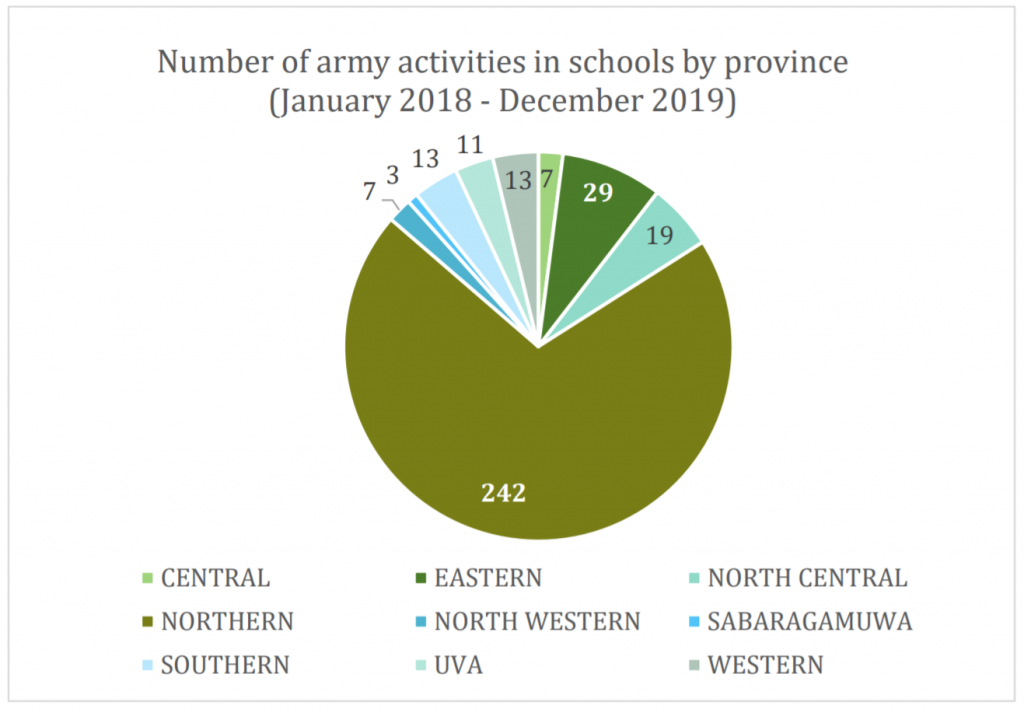 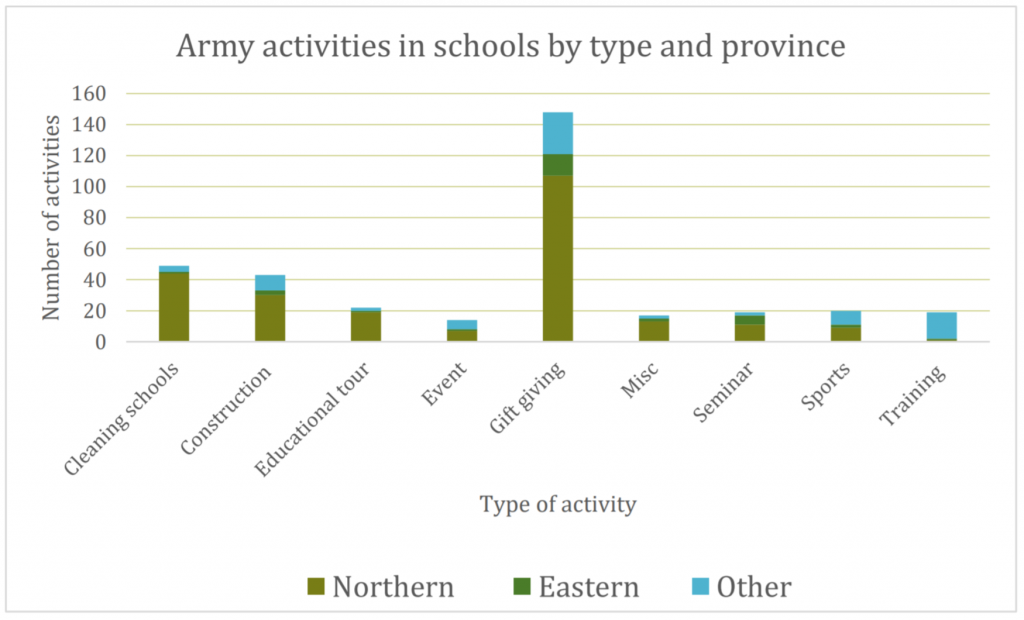 Check out our findings in full

We think that these are questions which demand much greater attention from decision-makers –both within the government of Sri Lanka, but also among members of the international diplomatic community whose own armed forces have recently been observed in Sri Lankan schools.

We hope that our findings serve as a reminder that the challenge of de-militarisation in Sri Lanka is one that cannot be confined to the issue of ‘land returns’ alone, an area where the government has received significant praise in recent years. It is also about halting and reversing the many ways in which the military have embedded themselves into the fabric of civilian life since the end of the war.

In light of the increasing militarisation of Sri Lanka’s government and administration, and following the extended suspension of Parliament by President Rajapaksa, pushback on the army’s involvement in the lives of schoolchildren will undoubtedly become more difficult in the months and years ahead. And yet, it will also become all the more urgent and pressing.

In order for Sri Lanka to have any chance of building sustainable peace, its government must take steps towards the restoration of ordinary civilian life for Tamils in the North and East. A good starting point, at the very minimum, would be to acknowledge that schools are no place for soldiers.