No will, no way: stalled efforts to deal with the past in Sri Lanka (new report)

This Monday saw the opening of the 40th session of the UN Human Rights Council (HRC) in Geneva, the international community’s foremost body for the promotion and protection of human rights around the world.

Why is this important? Because next month, a HRC sponsored process designed to ensure that Sri Lanka deals with unaddressed allegations of atrocity crimes will come to an end – unless there is renewed commitment from its members. 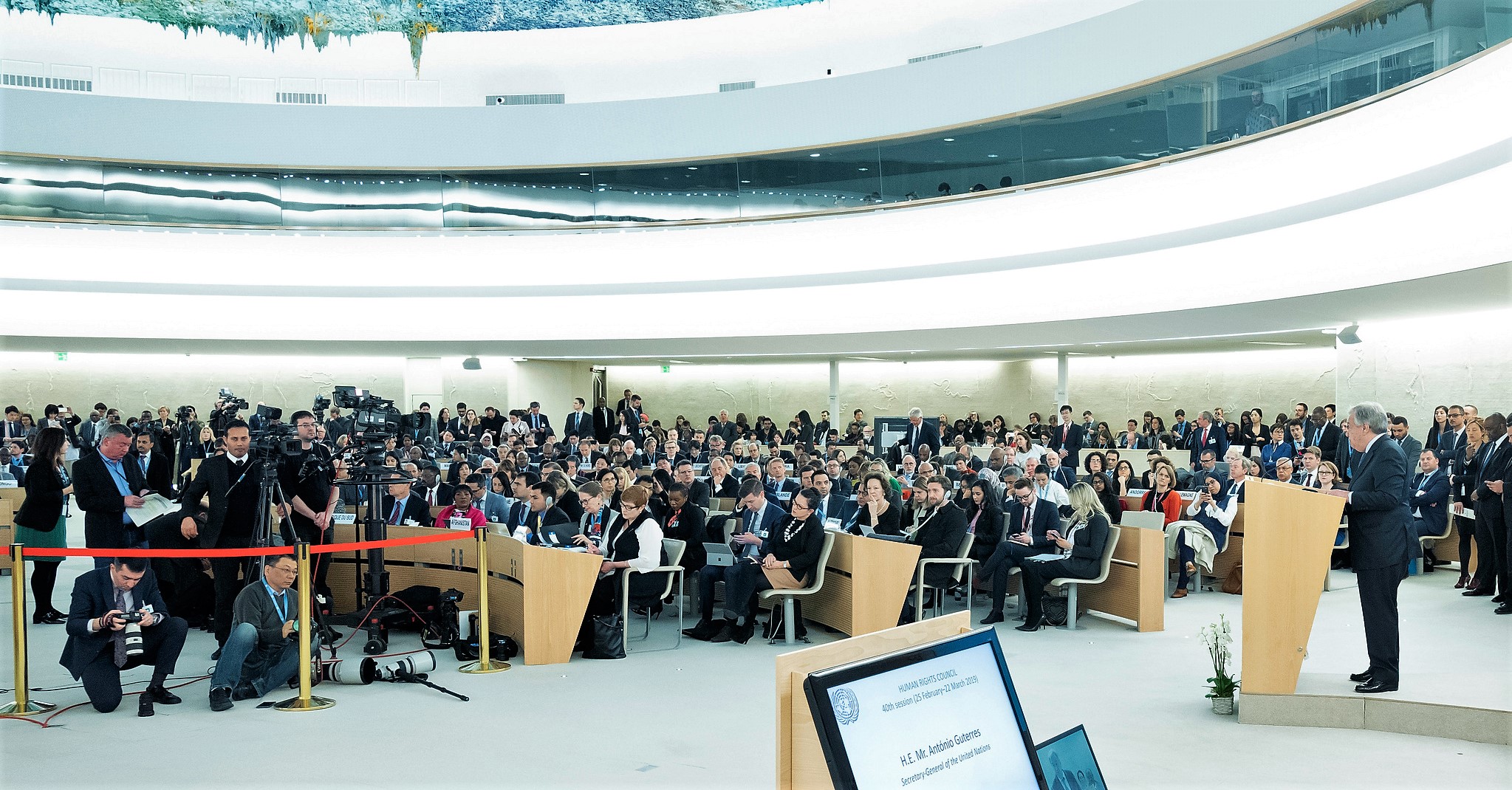 That process initially came about as a result of a landmark resolution, Resolution 30/1, adopted by HRC members with the support of the government of Sri Lanka in October 2015. The resolution commits the government to a range of measures designed to advance truth, justice and reconciliation, and to deal with legacy of Sri Lanka’s civil war in which tens of thousands of civilians were killed (mostly Tamils, as a result of government shelling). 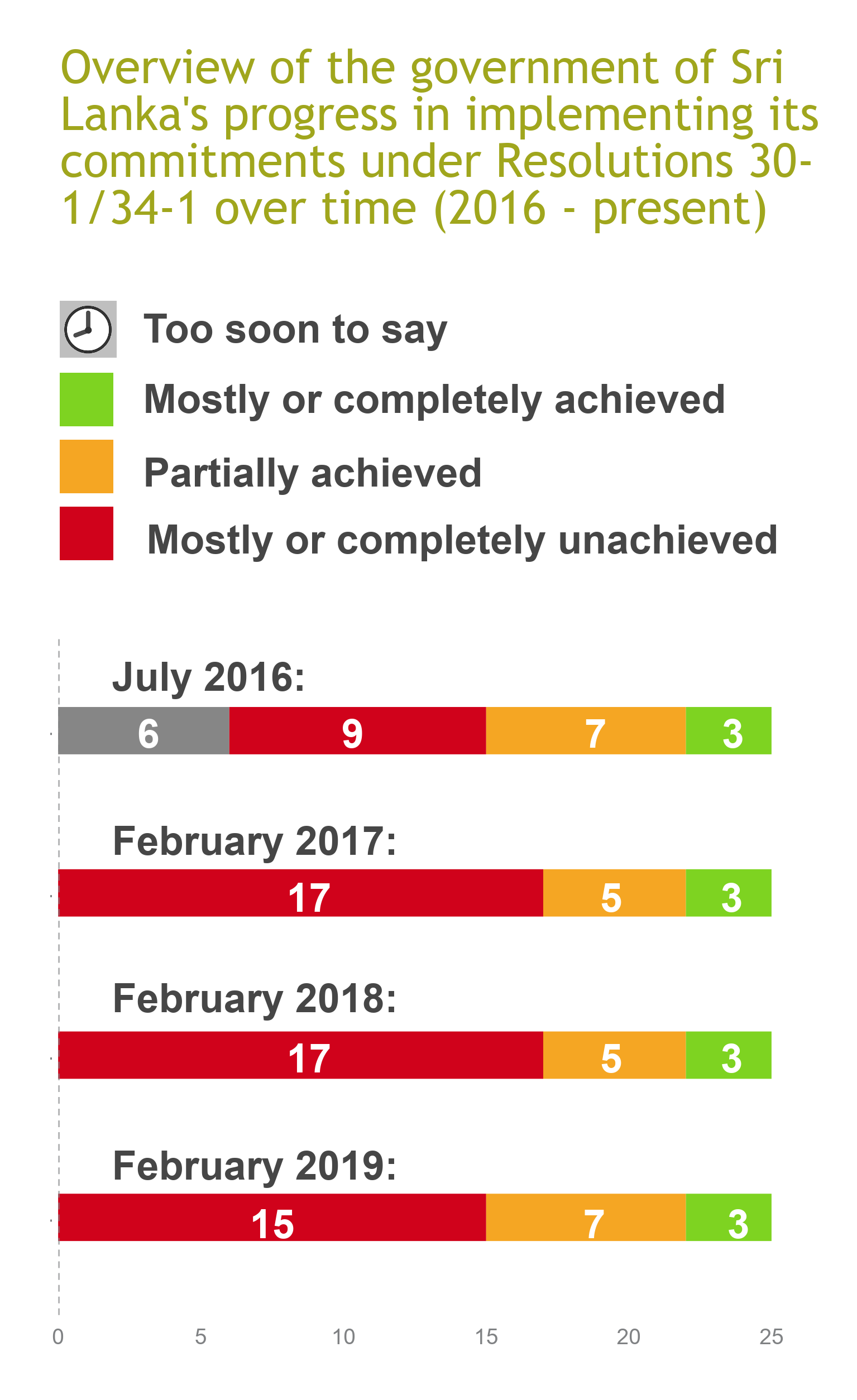 The depth of the international community’s commitment at this month’s session is particularly important in light of recent suggestions, including from President Sirisena, that the government could seek to withdraw its support for this process and row back on its pledges.

For the past three-and-a-half years, we’ve been monitoring progress on those pledges as part of our ‘Keep the Promise’ campaign. In our latest update, published today, we find that, despite several areas of modest progress, the government of Sri Lanka has overwhelmingly failed to bring about the changes that are needed to heal the wounds of the past and ensure that Sri Lanka will never again experience the kind of mass violence that has marked its recent history.

We outline three key tests by which we think the international community should judge Sri Lanka’s progress to date; among them, whether victims and survivors of serious human rights abuses feel satisfied with the steps that have been taken by the government. As the massive protests in the North of the country earlier this week attest, many victims and survivors not only feel let down; they also feel angry, and increasingly disillusioned by current efforts to deal with the past.

Our findings suggest that continued engagement through the HRC remains essential. For this reason, we urge the members of the HRC to ensure the adoption of a further resolution at this month’s sessions that keeps ‘in play’ Sri Lanka’s commitments and guarantees ongoing scrutiny. They should do so with, or without, the government of Sri Lanka’s support.

But, as we also state in our report, pressure through the HRC is a necessary but not sufficient lever for bringing about the change that is needed. That is why, among our recommendations, we are asking UN member states to reaffirm their commitment to pursue accountability in Sri Lanka in ways that do not rely on the political will of its leaders. It is also why we are asking states to consider why the HRC process has delivered so little to date, and to undertake an urgent review of wider forms of engagement with Sri Lanka – across the spheres of aid, trade, and military-military cooperation – which could help break the impasse.

You can read our latest findings in full here. A report version is also available here. 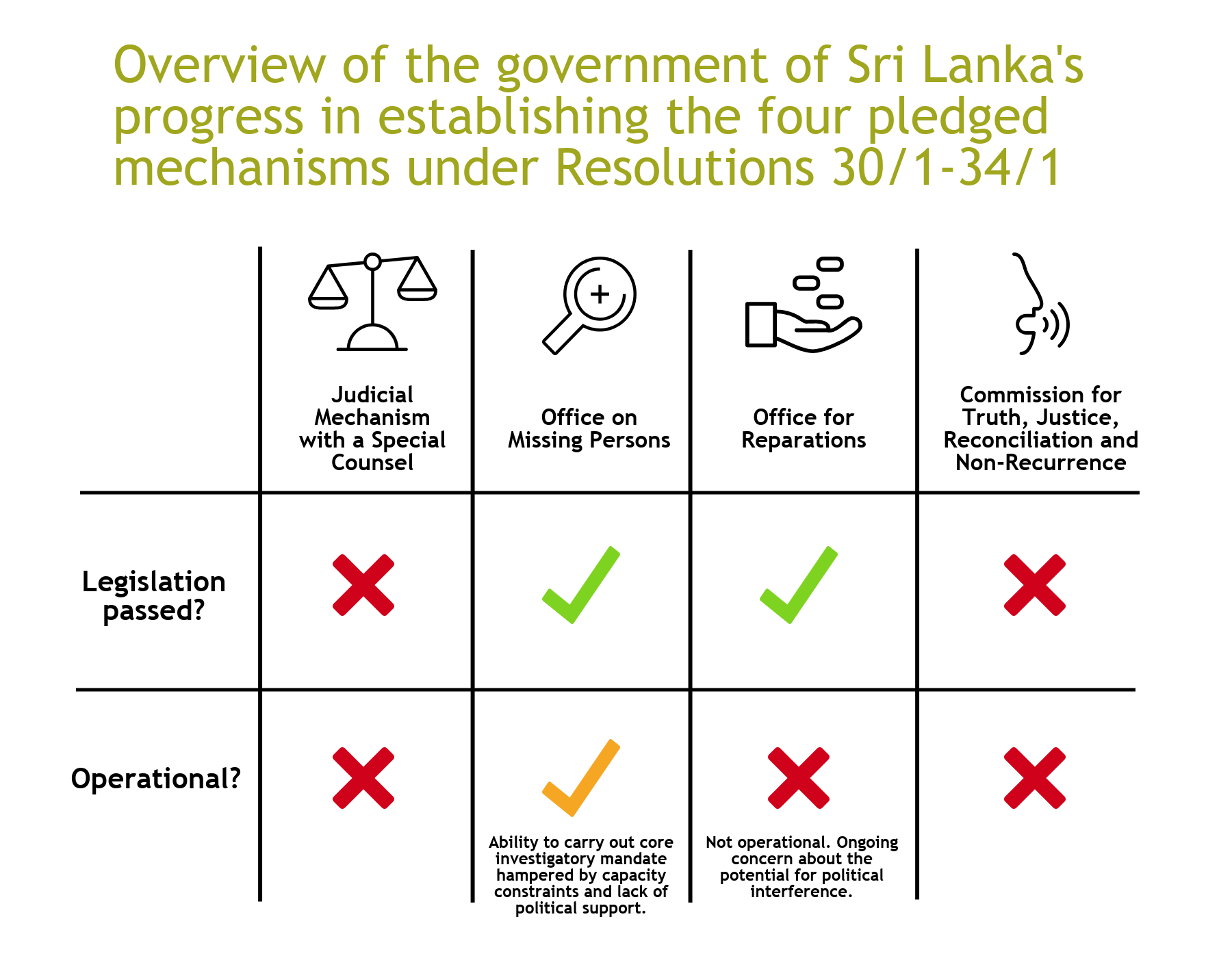