Yesterday, President Sirisena appointed Major General Shavendra Silva to the position of Army Commander, one of the seniormost roles in the Sri Lankan security forces.

Silva is an alleged war criminal, the case against whom runs into the hundreds of pages. In October 2015, a major UN investigation brought to light the many appalling crimes that he presided over as commander of Sri Lanka’s 58th division during the final stages of the civil war. Among them are the shelling of hospitals, the use of torture, and the disappearance en masse of scores of civilians who entered into the custody of units under his control.

A dossier recently compiled by the International Truth and Justice Project has laid bare the mountain of further evidence for which Silva is yet to answer.

Nearly four years after the government of Sri Lanka pledged before the international community to address the legacy of the war through a programme of reforms, the appointment of Silva represents one of the most flagrant repudiations to date of this process, and arguably the high-water mark of its denial of war-time atrocities. For many, it is a move which will have dashed whatever hopes that might have remained that the current government of Sri Lanka is willing or able to deliver truth and justice to victims.

Even more troubling are the implications that this move raises for Sri Lanka’s future, with a recently announced Presidential bid by Gotabaya Rajapaksa (another alleged war criminal) having already heightened fears that Sri Lanka could be about to take a sharp authoritarian turn. Undoubtedly many of those living inside Sri Lanka – especially those from the minority Tamil community, but also anyone who has spoken out about human rights violations committed during the war – will be feeling extremely fearful about what the latest news could spell for them.

Yesterday afternoon, the US Embassy in Colombo released a robust statement which said that the appointment of Silva “undermines Sri Lanka’s international reputation and its commitment to promote justice and accountability”, prompting several other diplomatic missions to follow suit. Today, the UN High Commissioner for Human Rights described the move as “deeply troubling.” 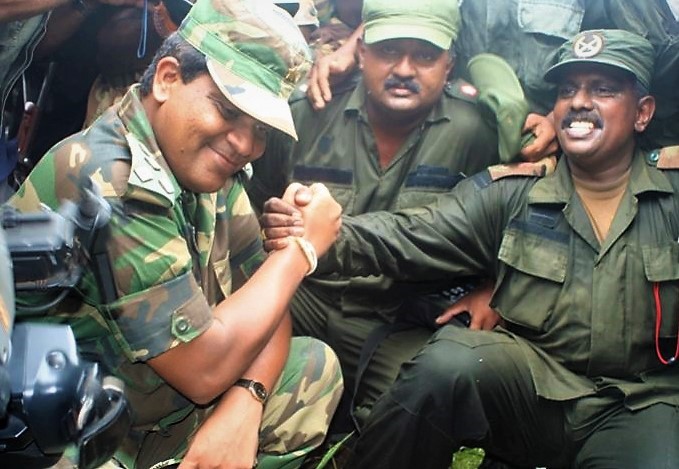 While undoubtedly welcome interventions, it would not be unfair to describe them as too little too late. Nor would it be churlish to remind members of the international community of the role that they themselves have played in creating the permissive environment in  which individuals like Shavendra Silva have been able to flourish – including, for example, through the de-prioritisation of accountability, the day-to-day soft engagement with alleged perpetrators, and the recent boom in military-to-military cooperation with Sri Lanka’s armed forces.

The government of Sri Lanka has promoted Silva a number of times before – and on each occasion, it has faced little to no consequences as a result. That Silva has risen up the ranks again should therefore hardly be surprising.

The response to the looming disaster for accountability and human rights posed by Silva’s appointment must begin with some introspection among members of the international community about the path traveled that led to this destination. But more urgently, principled words must be translated into action. Among the list of possible responses would be:

For its part, the government of Sri Lanka should immediately re-consider its appointment of Shavendra Silva, and in doing so take a step back from the brink of opening a potentially very dark new chapter for human rights in Sri Lanka.