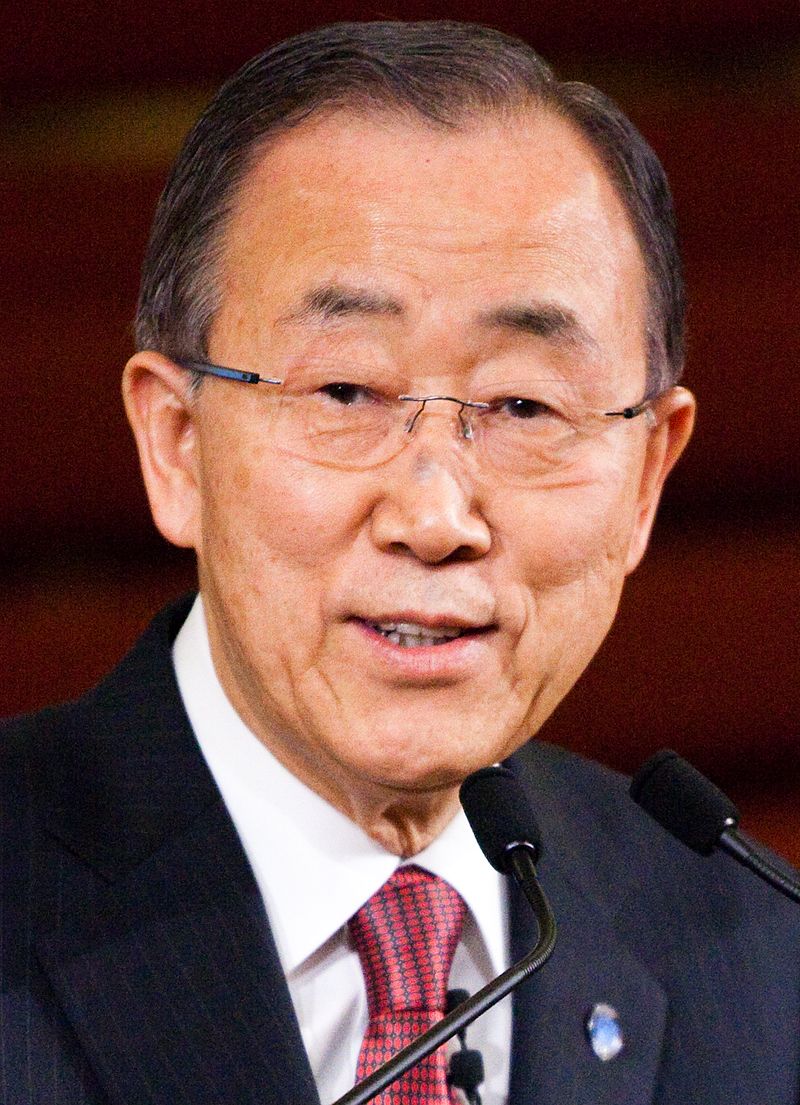 This is an open letter to the United Nations Secretary General Ban Ki-moon. It is also available as a PDF here.

Much has changed in Sri Lanka since your last visit in May 2009. On that occasion you said “I have travelled around the world and visited similar places, but [these are] by far the most appalling scenes I have seen.” Many of the changes have been positive: there has been no return to fighting, the IDP camps that you visited have been disbanded, and most people in Sri Lanka feel freer than they did under the oppressive Rajapaksa regime.

The United Nations, in particular the Office of the High Commissioner for Human Rights and the Human Rights Council, has played a significant role in this transition. However, Sri Lanka’s transition from armed conflict to a lasting and a sustainable peace is far from complete, and it is important to maintain the high level of international pressure and scrutiny necessary to see it through.

We would urge you, in your statements during your visit, to make the four following general points, and additionally to take up one specific case which we consider vitally important and emblematic.

First, we would urge you to draw attention to the serious human rights issues that persist in Sri Lanka. Ongoing violations of human rights, including sexual violence, are still taking place in the north and east of the country. As a result, the climate of fear which used to grip the entire nation still exists among large numbers of people, particularly in those areas. Here civil society remains under a significant degree of surveillance. Furthermore, most land under military occupation has still not been released to its rightful owners, the draconian Prevention of Terrorism Act is still in daily use, and around 120 people are still detained without charge. This climate makes the implementation of Sri Lanka’s reconciliation and transitional justice agenda far more difficult.

Secondly, we feel it would be appropriate for you to use this opportunity to apologise to the people of Sri Lanka for the United Nations’ inadequate efforts to prevent loss of life in early 2009. As you yourself said, the 2012 United Nations Internal Review Panel Report demonstrated “that the United Nations system failed to meet its responsibilities”. Our research has shown that many survivors of the Sri Lankan civil war feel that they are owed an apology, not just by the Government of Sri Lanka for its actions, but also by the international community and the UN for failing to make greater efforts to protect them. An apology would go some way to restore their faith in the system and to build support for UN efforts to support justice, accountability and reconciliation in the country.

Thirdly, we feel it is essential that you impress upon the Government of Sri Lanka the importance of fulfilling the commitments that it has made. As you have said, “the victims of all communities, their families and the Sri Lankan nation itself demand no less than a full and proper reckoning.” In September 2015 the Government of Sri Lanka co-sponsored Human Rights Council resolution 30/1, thereby committing itself to a series of actions which, if implemented in full, would give the opportunity for such a reckoning.

Yet already there have been disturbing signs that the resolution will not be implemented. The first of the four mechanisms established by the resolution, the Office of Missing Persons, was brought into being with only very minimal consultation with the families of the disappeared, and the President of Sri Lanka has made a series of statements suggesting that no international judges, defence lawyers or authorized prosecutors will participate in the accountability mechanism, in direct and serious contravention of the resolution. We have been monitoring the implementation of the 25 action points contained within the operative paragraphs of the resolution. We find that only three of the 25 are on track, and we have cause for concern with regard to eight of them. We are particularly concerned about the absence of any substantial progress on the issue of accountability.

We fear that the Government of Sri Lanka may not be committed to the programme of transitional justice, despite its importance for victims and for reconciliation within Sri Lankan society, and that the Government may feel that it has now done enough to satisfy the wishes of the international community. We trust that you will make every effort to ensure that your visit will not have the unintended consequence of reinforcing this perception, which would only undermine Sri Lanka’s hard-won and yet to be implemented reconciliation programme, and thereby the prospects for lasting peace.

Fourthly, it is vital that the international community remain engaged in Sri Lanka’s reconciliation process for some time to come, and be willing to offer such support as is needed. It is therefore imperative that you publicly give the fullest possible support to the High Commissioner’s efforts to open a country office in Sri Lanka. A country office would support the process set out in Resolution 30/1, report on what is happening on the ground, and act as a bridge between the reconciliation process and the Government of Sri Lanka. We hope you will use your visit to advance the negotiations with the Sri Lankan Government on the establishment of this office.

Finally, we would like to draw your attention to the case of Balendran Jeyakumary, a single mother from Kilinochchi whose son appears to have been disappeared and who was arrested and held in detention for almost a year after speaking out about this. She continues to be harassed to this day by the police.

This is not only having a terrible effect on Jeyakumary and her young daughter. It also has serious consequences for Sri Lanka as a whole. Jeyakumary is not a professional activist but a concerned mother. Her case is a totemic one, and her treatment is having a chilling effect. There are many mothers in Sri Lanka who lost children in the war. The way Jeyakumary has been treated is causing them to lose faith in Sri Lanka’s truth-seeking mechanisms, and to be less willing to participate in the Government’s mechanisms for tracing missing persons. We urge you to raise her case, its wider implications and effects, and the ongoing harassment of war survivors and activists of which it forms a part, with your hosts.

We would be happy to provide you with any further information you require on any of these matters.