Azath Salley is a prominent political activist in Sri Lanka. Over the last few months he has been an outspoken critic of the Buddhist extremist organisation BBS. 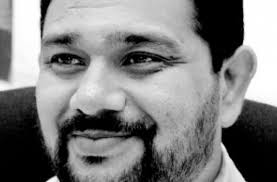 BBS have attacked mosques, incited people to racial hatred, and marched through the streets demanding that Sri Lankans boycot Muslim shops. The situation is so bad that even the Dalai Lama has spoken out. And yet the Sri Lankan government have not even condemned them. Quite the opposite, the President’s brother launched their leadership academy. On the other hand Azath Salley, one of the BBS’s critics, has been thrown into jail.

Click here to join the campaign to get him out.

Azath Salley has been subjected to a three month detention under the Prevention of Terrorism Act. Under this appalling act the Government of Sri Lanka don’t need to give any evidence, or even say what crime Azath Salley is supposed to have committed before locking him up. Many people have been tortured or disappeared while detained in this way.

Click here to keep up the pressure on the Sri Lankan Government – and so make sure he isn’t one of them.

Salley went on hunger strike when he was detained and was very unwell for a time. We understand he is now taking food and is feeling slightly better. But his situation is not good, so he really needs your help to make sure the Sri Lankan Government know that we are watching