It was another day of chaos at the Commonwealth Summit, already taking place under a cloud after Mauritius became the third country to pull out over human rights concerns. The Prime Minister of Mauritius said, “This is a decision taken by a sovereign Mauritius in the face of the absence of progress in Sri Lanka on the respect of human rights”

Today there was a significant civil society gathering, the Samagi Peoples’ Forum, in Colombo. This event was put together by sections of Sri Lankan civil society who felt frozen out by the official civil society event – the Commonwealth Peoples’ Forum – because it was convened by the President’s brother-in-law and security clearance had to be obtained from the military. Many people were hoping to attend from all over Sri Lanka, but large numbers found themselves blocked from attending by the military.

Families of the disappeared demonstrate in the road

Meanwhile at the event itself the car of the Leader of the Opposition (former Prime Minister Ranil Wickremasinghe) was attacked by a pro-Government mob. 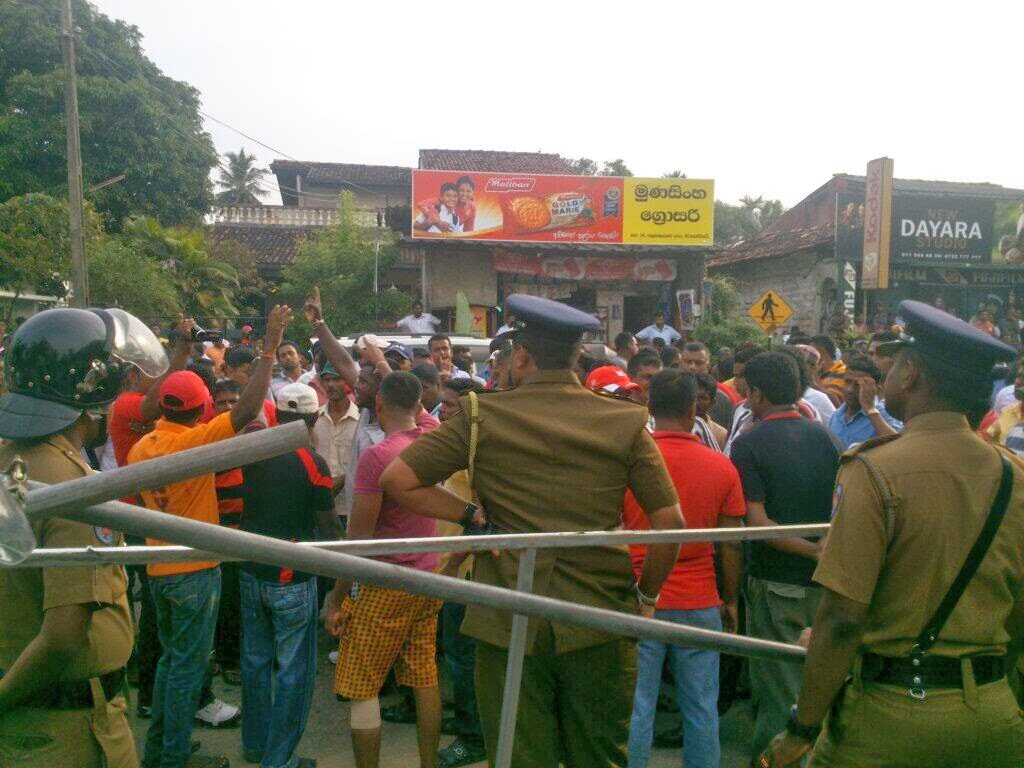 A pro Government mob also stopped the train carrying Channel 4 reporters to the north of the Island, meaning they (and several hundred other passengers) had to turn back at Anuradhapura. This was particularly embarrassing for William Hague, who arrived in the country today, as he had previously said that unfettered access to the north for journalists was one of the best reasons for the British Government’s attendance at the Summit. He seemed sheepish when questioned about it

It is all very embarrassing for the Sri Lankan Government, and it is fantastic that at least some in the international community are waking up to the reality of what is going on in Sri Lanka. However these events have only taken place because of the incredible bravery of human rights activists like the Association of Families looking for their Disappeared Relatives, and those who gave interviews to ITV and Channel 4. Our concern now is that the Sri Lankan Government will retaliate against them, as they have in the past many times, once the attention of the international community is diverted elsewhere. We must keep up the pressure to ensure that doesn’t happen.