In August, the Sri Lankan President Mahinda Rajapaksa decided not to renew the state of emergency regulations that had been in force for 28 years. The news garnered much international attention, with several countries including the United Kingdom, the United States and India, welcoming the announcement.

At the time, the British High Commission in Colombo issued a statement stating that it hoped the relaxing of laws would mark “an important move towards normalisation and the strengthening of civil and political rights”.

Supporters of scrapping the law felt that the move would see a diminishing role for the military and the restoration of civilian administration in control of areas. However, in recent months citizens in Jaffna have seen more curbs to their freedoms, by being forced to register their household information with the police.

The legal basis for seeking the information has been justified by section 76 of the Police Ordinance. This states that “Every householder within such town and limits shall furnish the officer of police of his division…with a list of all the inmates of his house, distinguishing the members of his family from the servants or others resident therein.”

However, this ordinance is more than a census, as it requires people to go to the “Inspector- General of Police or Magistrate [and] report any increase or diminution, or change in the same” in the number of people in the house. The clause goes on to state that no one should allow any “stranger” to stay in their household without giving notice to the principal officer of police, with a fine “not exceeding fifty rupees” for breaking the clause.

As with the Emergency regulation law, people have been asked to retain a copy of the registration form so that it can be shown when demanded. It is unclear whether the law is being enforced in the Vanni.

This quiet enactment of surveillance measures by the government, directed specifically at Tamil communities, and away from the international media spotlight, shows that little has changed in the two years since the end of the war, and that Tamil citizens are still being treated with suspicion, choked in red tape, and required to surrender their privacy to the state.

The draconian Prevention of Terrorism Act (PTA) is still in place and allows arrests for unspecified “unlawful activities” without warrant and permits detention for up to 18 months without a trial. The act also provides immunity from prosecution for government officials who may have committed wrongful acts, such as torture, under the legislation.

In the light of these new laws being unrolled on a local level, the decision by Rajapaksa to scrap the emergency law a few months ago seems little more than an attempt to placate international criticism before the UN Human Rights Council convened to discuss the situation in Sri Lanka in September. In reality, the country has gone two steps back – paying lip-service to reconciliation, and alienating already traumatised Tamil communities. 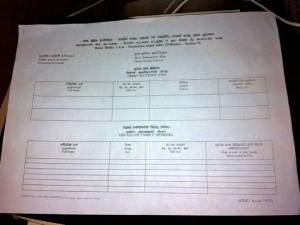 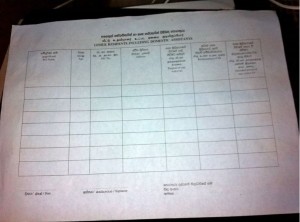