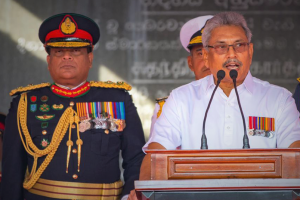 The launch of the UK’s human rights sanctions regime is an opportunity for the UK government to take action against impunity in Sri Lanka. The UK should join the US in designating Lieutenant General Shavendra Silva and consider adopting sanctions against other individuals credibly accused of gross human rights violations.

At the beginning of July, the UK Foreign Minister, Dominic Raab, unveiled the new UK Global Human Rights Sanctions Regime alongside a list of almost fifty individuals who would be the first to be targeted by the regime. The list included officials from Russia, Saudi Arabia, and Myanmar, as well as two organisations from North Korea.

Government ministers and officials have been referring to the new regime for months, including in speeches to the UN Human Rights Council in February this year, when Lord Ahmad promised that the new regime would ‘punish those who violate and abuse human rights.’

In establishing a sanctions regime that targets individuals who violate human rights, the UK follows in the footsteps of the US, where similar legislation was first passed in 2012 in response to the death in custody of Sergei Magnitsky in 2008 after investigating corruption in Russia. Several other states in Europe and North America, including Canada, have since established similar sanctions regimes. Australia is currently debating legislation, while the EU committed to drawing up legislation before the coronavirus crisis hit.

With a large network of countries already operating or planning to establish human rights focused sanctions regimes, this could become a powerful tool for accountability and deterrence for human rights abuses around the world. Could these sanctions regimes, and the UK scheme in particular, be used against individuals credibly accused of gross human rights violations in Sri Lanka?

The stated purpose of the new UK sanctions regime is to provide accountability for and deter serious violations of human rights, with a particular focus on sexual violence, enforced disappearances, extrajudicial killings, human trafficking, and violence against human rights defenders.

The scheme will prioritise sanctions where “the relevant jurisdiction’s law enforcement authorities have been unable or unwilling to hold those responsible for human rights violations or abuses to account.”

It is clear that a number of high-profile individuals within Sri Lanka fit the criteria for sanctions under the regime. Enforced disappearances, extrajudicial killings, sexual violence, and violence against human rights defenders have been features of Sri Lanka’s ethnic conflict, particularly in the brutal final stages of the war.

Lieutenant General Shavendra Silva, Commander of the Army and Acting Chief of Defence Staff, has already been designated by the US State Department in February this year. The order cites credible evidence of involvement in gross human rights abuses, specifically extrajudicial killings, in the final phases of the war in Sri Lanka when Silva commanded the 58th Division.

If the UK is serious about countering impunity in Sri Lanka, Silva should be designated under the new sanctions regime as soon as possible.

Just ten days after the new sanctions regime was announced, the UK government released its 2019 Human Rights and Democracy report – an annual report which covers threats to human rights and democracy around the world. Sri Lanka remains one of the thirty UK Human Rights Priority Countries. 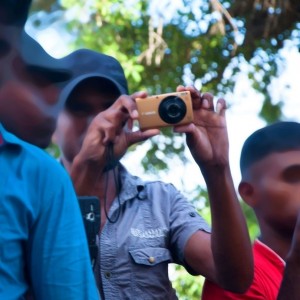 This assessment will come as no surprise, and yet the report is already significantly out of date, since it only covers events up to the end of 2019. The pace of change and the further deterioration of the human rights situation in Sri Lanka since the Presidential elections in November has been rapid and alarming.

With less than a week until the parliamentary elections, international human rights organisations have warned of a rise in arrests, intimidation, and threats against human rights defenders, lawyers, activists, and journalists. While the hostile environment for human rights defenders is not new – surveillance and intimidation were persistent threats under the previous government, particularly in the North and East – the sense of threat and fear has intensified over the last six months.

Adopting sanctions against Silva and other high-profile individuals in Sri Lanka would send a strong signal to the Government of Sri Lanka that impunity for human rights violations will not be tolerated. Taking concrete steps towards accountability will also deter future violations and help to protect human rights defenders who are facing an increasingly hostile environment.

In the absence of any realistic prospect of Silva facing justice in Sri Lanka at the present moment, the UK government should designate Silva as soon as possible, and explore the possibility of adopting sanctions against other individuals credibly accused of serious human rights violations in Sri Lanka.

The international community must look afresh at other means of advancing justice and accountability beyond Sri Lanka’s borders and step up to support human rights defenders and other at-risk individuals in Sri Lanka as a matter of priority.

Read our report, A Decade of Impunity, for a blueprint on what the international community must do to promote justice and accountability in Sri Lanka.