For approximately half a year, Tamil relatives of the disappeared have been protesting continuously at five sites across the North and East of Sri Lanka demanding that the government take action that could secure answers about the fate of their loved ones. Last month we launched a new campaign in support of them, calling on President Sirisena to fulfil his pledge to release a list of all those who surrendered or were detained by the Sri Lankan authorities during the final stages of the war (a point at which many were never seen or heard from again). 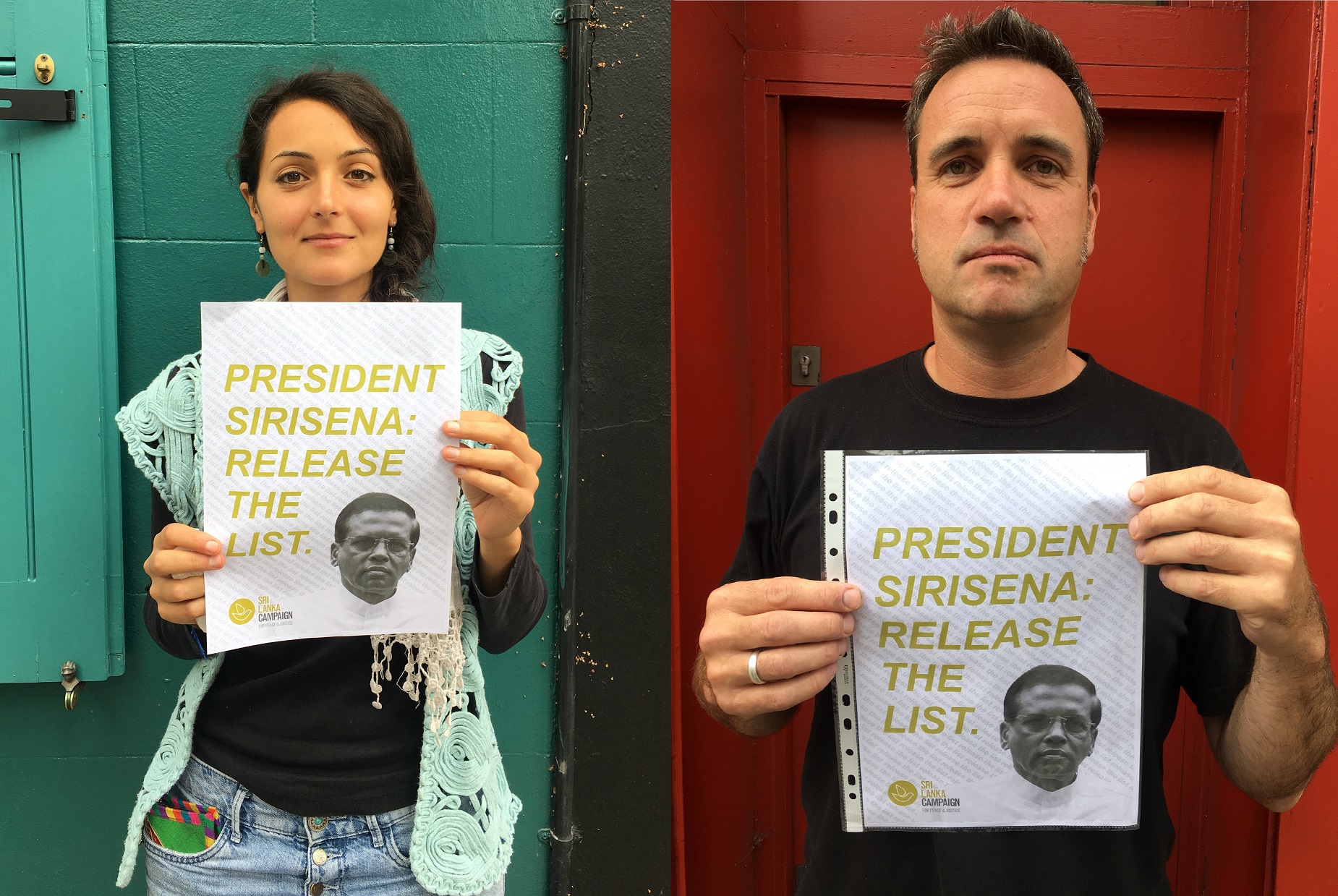 Three weeks on and that pledge is yet to be fulfilled. But, with your help, the pressure to release this critical evidence has continued to mount: over 700 of you signed our petition, with many more clicking, posting and sharing in support of the protestors to mark the International Day for the Victims of Enforced Disappearances, which fell on 30th August. That day saw hundreds of affected individuals from all communities take to the streets across Sri Lanka to make their voices heard. In Colombo, members of the diplomatic community joined some of them to add their own. Yesterday, on the 200th day of continuous protest in Kilinochchi, a delegation from the European Union met with family members to listen to their concerns.

In contrast, the response of the government of Sri Lanka to the campaign, and these events, has been disappointing. Both an informal email reply to our campaign press release from Presidential Adviser Austin Fernando, and the official response from his staff which followed on 17th August, were marked by misinterpretation, obfuscation, and – at times – hostility towards our request.

While we have chosen not to publish that correspondence, we can reveal that the response was in line with what has been stated publicly by members of staff from the President’s Office since: that the call for the release of the list is redundant because the President has, they suggest, already fulfilled his pledge. To support this claim, they refer to the publication of a list, on 29th July, of all of the individuals with pending trials or cases against them under the draconian Prevention of Terrorism Act (PTA).

Quite simply, this is not the list that protesting relatives of the disappeared are demanding. The list of all those who surrendered or detained during the end of the war that they seek is both distinct from, and far broader in scope than, the list of PTA detainees referred to above. The President himself appears to have acknowledged this when he made the pledge to families of the disappeared earlier this year. A press statement issued by his Office on 14th June clearly stated that: “[the President] promised that he would instruct the National Security Council to release lists of persons who surrendered to the Armed forces in the final phase of the war.” (emphasis added).

The latest line of defence from the President’s Office thus appears to be based on either a negligent, or wilfully disingenuous, reading of the campaign demand – one which we went to lengths to make clear in the ‘Explainer’ section of our appeal age. In our letter of reply to the President’s Office, we once again clarified the nature of the list being sought by the protesting families and invited further response. As of today, we have not received one. 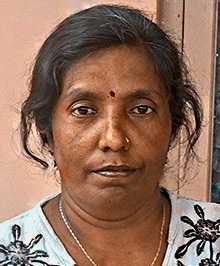 Meanwhile, the protestors have continued their struggle for truth and justice in an increasingly hostile climate of surveillance, intimidation and harassment. The most troubling incident concerns Mariyasuresh Easwary, a prominent activist at the Mullaithivu site whose husband disappeared in 2009 after being arrested by the Navy during the final stages of the war.

According to reports from Journalists from Democracy Sri Lanka (JDS), Easwary was stopped by two men travelling by motorbike as she travelled alone near Theethakarai cemetery, Mullaithivu, on the evening of 14th August. The unidentified men are alleged to have groped and slapped her, after threatening her with “severe consequences” should she continue with her activism. Subsequently, and after making a formal police statement, Easwary is reported to have been repeatedly visited by members of the Criminal Investigations Department (CID).

Left unchecked, this clear attempt to silence peaceful activism risks setting a chilling new precedent for the government of Sri Lanka’s recent treatment of protesting families of the disappeared. We have written to the President’s Office to ask them what action they are taking to ensure that this incident is urgently investigated. But you can help too: by signing this petition, or encouraging others to do the same, and sending a message to the government that the international community is watching – and that the only way it can bring these protests to a close is by listening to, and acting upon, the demands of the families.