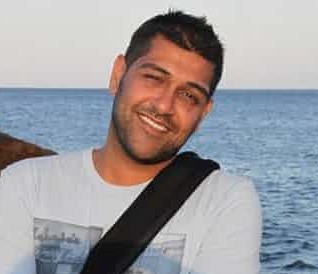 Just over six years ago, on 25 December 2011, British citizen Khuram Shaikh was murdered during a holiday stay in Tangalle, a fishing town on Sri Lanka’s southern coast. The 32-year-old, a prosthetics specialist from Rochdale, who months earlier had been working with amputees in the Gaza strip for the Red Cross, was killed after a brutal and sustained attack by a gang of men during a hotel Christmas party. They had had set upon Khuram after he had intervened to protect a member of hotel staff who was being beaten up.

A friend of Khuram’s, 23-year-old Victoria Alexandrovna, was also attacked and sexually assaulted by the group, leaving her in intensive care. In an act of extraordinary bravery, she would later waive her anonymity to tell her story at trial.

Following a lengthy international battle for justice, marred by intimidation and suspected political interference, four of the perpetrators were in July 2014 convicted for their crimes and sentenced to prison. Among them was Sampath Chandrapushpa Vidanapathirana, a local politician with close links to the family of former President Mahinda Rajapaksa.

In the wake of news reports in late 2017 that a date had been set for the appeals process – with the Attorney-General, on the one hand, seeking to increase the sentences, and the convicted, on the other, seeking to reduce them – we got in touch with Nasser Shaikh, Khuram’s brother and a leader of the campaign for justice, to talk about the case. Below, he remembers Khuram on the sixth anniversary of his brother’s passing, describes some of the developments before and since the trial, and explains what can be done to maintain pressure on proceedings.

A Court of Appeal hearing has been fixed for 5th February 2018.

Describe to our readers in a few words what kind of person your brother was, some of the things he achieved during his life, and the impact he had on yours?

Khuram wasn’t just an amazing brother who was funny, kind and always supportive, he was someone who lit up a room wherever he went with his infectious charisma. He was so full of life. He was someone I looked up to and was a big inspiration in my life and to many of his friends. He had worked extremely hard following graduation to get into the Red Cross and was so committed to his work. He worked in some of the world’s most dangerous places and always thought of others before himself.

Remind us of how events unfolded following Khuram’s death, in terms of the campaign to bring those responsible to justice. How long it did it take to achieve some measure of accountability and was it, in your view, sufficient?

The campaign to get justice for my brother took two and a half years and was an uphill battle from the beginning. I had travelled out to Sri Lanka on many occasions in the first 12 months or so; seeking answers, and to ultimately get to the truth and have my brother’s killers behind bars. We were misled by the Sri Lankan authorities, and, looking back now, it was clear that the government knew full well that if they dug any deeper a web of atrocities would be uncovered.

Things only started to move when I involved my local MP. He was really helpful in terms of raising the issue in the UK Parliament and lobbying the Prime Minister, David Cameron. As things began to unfold – and an understanding was established that the main suspect was a politician from the Sri Lankan ruling party and close friend of President Rajapaksa’s family – our most senior UK officials, including Prince Charles, became involved. They were vocal about the need for Sri Lanka to do the right thing and not to try to sweep things under the carpet.

From this, a campaign developed and journalists from all over the world became interested in Khuram’s story. I continued to fly over to Sri Lanka, during which I met with Government Ministers and key British diplomats who were really helpful. Because Sri Lanka was hosting the Commonwealth Heads of Government Meeting in 2013, we were able to ratchet up the pressure and David Cameron raised Khuram’s case directly with President Rajapaksa when they met in Colombo. Suddenly a change in attitude was seen. There was a realisation that Sri Lanka’s reputation was being damaged because the safety of British citizens could not be guaranteed. Justice had to be seen to be delivered and in July 2014 Khuram’s killers were finally convicted and sentenced to a long term in prison.

We understand from reports that the Court of Appeal had set a date in October 2017 to hear an appeal by the Sri Lankan Attorney General seeking to increase the sentences against the convicted. Meanwhile however, we gather that four further appeals by the convicted seeking to reduce the sentences were also filed and set to be heard on the same day. What came of this, and what are your hopes or concerns about the appeals process?

It’s regrettable that I’ve not been kept up to date on latest developments, though I would assume it hasn’t moved much. The appeal process in Sri Lanka can take many years to complete. Despite the global interest in the case, I haven’t seen any articles of substance on the appeal. I am fairly confident I would be told of any outcomes. Yes, it is correct that the Attorney General is seeking to increase the sentences and this is a view which has been echoed by many since the verdict.

Earlier this year, a senior UK coroner launched a scathing attack on the government of Sri Lanka for their lack of cooperation during the inquest proceedings. Have you ever received an apology from the Sri Lankan authorities for the way in which they failed your family? Or any reassurances that ensuring justice in this case is a priority for them?

No, I’ve never received an apology from the Sri Lankan authorities on their lack of co-operation during the inquest hearing. The UK Coroner’s office asked them on many occasions pre- and post-conviction for material to ensure a timely hearing could go ahead. Instead of being apologetic, the attitude from the Sri Lankan authorities was quite the opposite.

During the campaign I was told by many Sri Lankan officials that I was expecting too much and that the wheels of justice grind a lot slower in Sri Lanka. I was told I could wait up to 10 years before anything was to happen in terms of bringing the case to court. I knew then this was an attempt to distract me from keeping up the fight and therefore to limit the campaign’s damage to Sri Lanka’s reputation as a tourist destination. During the early stages of the campaign I looked into other cases where foreign nationals were either injured or involved in altercations and found some awful miscarriages of justice. Many of those who joined my campaign about the lack of justice in the country included Sri Lankans who shared their own personal experiences with me. I feel really saddened that so many people have been denied justice.

What kind of support have you received from the UK government in recent times and has it been enough?

The UK Government were really supportive from the outset including Ministers not only in the UK but various members within the British High Commission in Colombo. My local MP worked tirelessly to keep the pressure up as everyone wanted a result. The UK Government take these matters very seriously and I know that future support will remain available when required.

Is there anything that our readers and supporters can do to help ensure that international pressure on this case is maintained?

Firstly, I would ask your readers to keep monitoring the Facebook page and, if they haven’t done so, to ‘Like’ the page to ensure they get updates. Whist the campaign is much quieter than before, it is important these supporters are there if and when needed in the future. Even pressing a simple ‘Like’ on the most personal posts shows unity and solidarity, and is viewed with much warmth and respect by the family.

Secondly, I would ask readers to email the High Commissioner of Sri Lanka in the UK, Amari Wijewardene, asking her to keep a close eye on the appeals process to ensure the verdict against my brother’s killers is upheld. I remember someone telling me that the Presidential pardon was used widely by the Rajapaksa regime to enable those in power to act with impunity. Though I am hopeful that this tactic is a thing of the past with the new government, it would shame Sri Lanka if anything untoward came from the appeals process. Rest assured that if it did, the thousands who joined our campaign – including members of the public, politicians and journalists – would have something to say about it. I very much doubt that the noise they would make would be the sort of thing that the government of Sri Lanka would want prospective tourists to hear.