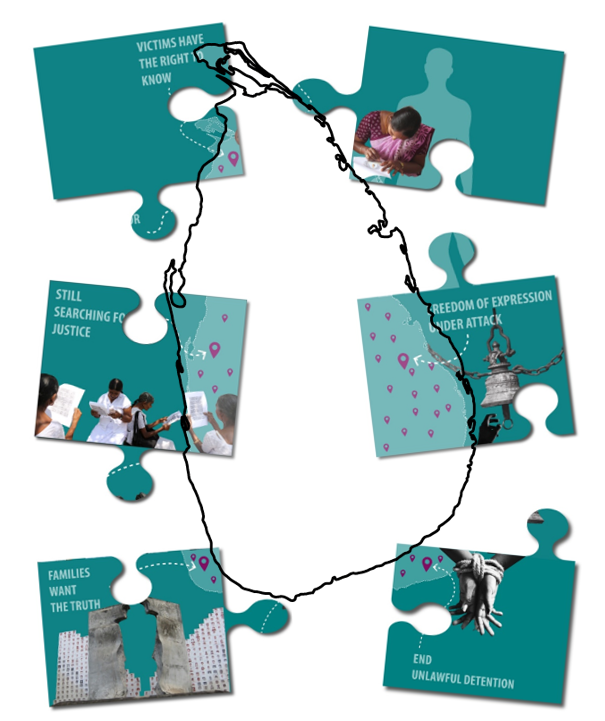 This is the final of a 3-part series of essays and reports which the Sri Lanka Campaign have published in recent weeks, ahead of the Office of the High Commissioner on Human Right’s statement on accountability in Sri Lanka in September-October 2022.

The Government of Sri Lanka has an obligation, both according to international treaties and the Sri Lankan Constitution, to respect, promote, and protect human rights in the country. Unfortunately, successive governments have fallen far short of meeting that obligation. In Sri Lanka, a climate of impunity for perpetrators has meant that human rights are not properly protected, and that there has not been accountability for past or ongoing violations.

Gotabaya Rajapaksa, the outgoing President of the country, has been accused of involvement in enforced disappearances whilst he served as Secretary to the Ministry of Defence (2005-15), and following his election in 2019, Sri Lanka abandoned its international commitments to find truth and justice for families of the disappeared. However, the 2015-19 government of Maithirpala Sirisena and Ranil Wickremesinghe – now Acting President – also did little to meet those commitments, and families of the disappeared were again left aching for truth and justice. Wickremesinghe – who is accused of involvement in disappearances during the 1987-9 JVP uprising – dealt callously with Tamil families of the disappeared, telling them that their loved ones were likely dead. There is a total unwillingness among the Sri Lankan leadership to address these issues.

This culture of impunity and lack of accountability has been particularly disastrous for the family members of the forcibly disappeared. Successive governments have continually spoken of its commitment to justice of these disappearances and has created bodies like the Office of Missing Persons to deal with cases, but when no progress has been made, all these promises seem like empty words to the mothers and fathers who still do not know what has happened to their children.

This lack of accountability has not only allowed past abuses to go unpunished but has led to continuous cycles of human rights violations in the country. Achieving truth and justice for the families of the disappeared is a necessary step in creating a more human rights-friendly Sri Lanka.