The return of the white van 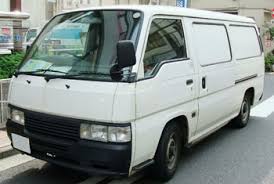 The Tamil Guardian today reported two “white van abductions”; incidents in which unidentified persons driving a “Dolphin” van snatched individuals off the streets. This follows three similar incidents in recent weeks: former LTTE commander, Kanathippillai Sivamoorthy (also known as Nagulan), was reportedly abducted in Jaffna on 26th April; former LTTE commander, Ram, was reported as abducted in the Eastern province on 24th April; and a Tamil man was reportedly abducted by a white van from his home in Jaffna on 10th April.

The three previously reported abductees all turned up in detention having been remanded by Sri Lanka’s Terrorist Investigation Department (TID). It remains to be seen whether the two latest abductees have also been arrested in such an unorthodox manner.

These arrests seem to be connected to the discovery of explosives in the Jaffna suburb of Chavakachcheri. Eleven people have so far been arrested (through conventional means) including S Sivakaran, the leader of the youth wing of ITAK, the largest political party within the Tamil National Alliance (TNA).

The “white van” occupies a particular place in the Sri Lankan psyche. It was the method of choice for gangs linked to the military to snatch human rights defenders and political adversaries off the streets. Most victims disappeared forever, although some were detained and tortured before being released. To this day Sri Lanka ranks second in the world for enforced disappearances according to the UN working group on the subject, and was joint first for new cases in 2015.

If, as these latest reports suggest, the Sri Lankan Police are once again using abductions as a means of arrest then this raises serious concerns regarding due process and arbitrary detention. But even more importantly it does phenomenal damage to chances for reconciliation in Sri Lanka – raising, as it does, the memory of state terror and further destroying trust in the government. Indeed it is hard to think of any reason for the TID to behave in this way unless it is to perpetuate the climate of fear that still grips northern and eastern Sri Lanka.

Given the manner in which Sri Lanka’s civil war ended it is inevitable that weapons and explosives will turn up from time to time in war affected areas. This is to be expected in the aftermath of any lengthy civil war. If, on each occasion, the Sri Lankan security sector’s response is this disproportionate, and this reminiscent of the era of unbridled state terror, then it will be impossible for a sense of normality to return to these troubled regions.