If you ever wondered why Mahinda Rajapaska, in addition to being President of Sri Lanka and Commander of Chief of the armed forces, concerns himself with the mundane task of serving as the Minister of Highways, Ports and Shipping, then wonder no more. This ministry is due to spend around  US$1.1bn next year, with an expected total expenditure from 2013 – 2016 of around US$5.2bn. Almost all (93%) of this money is being spent on roads. 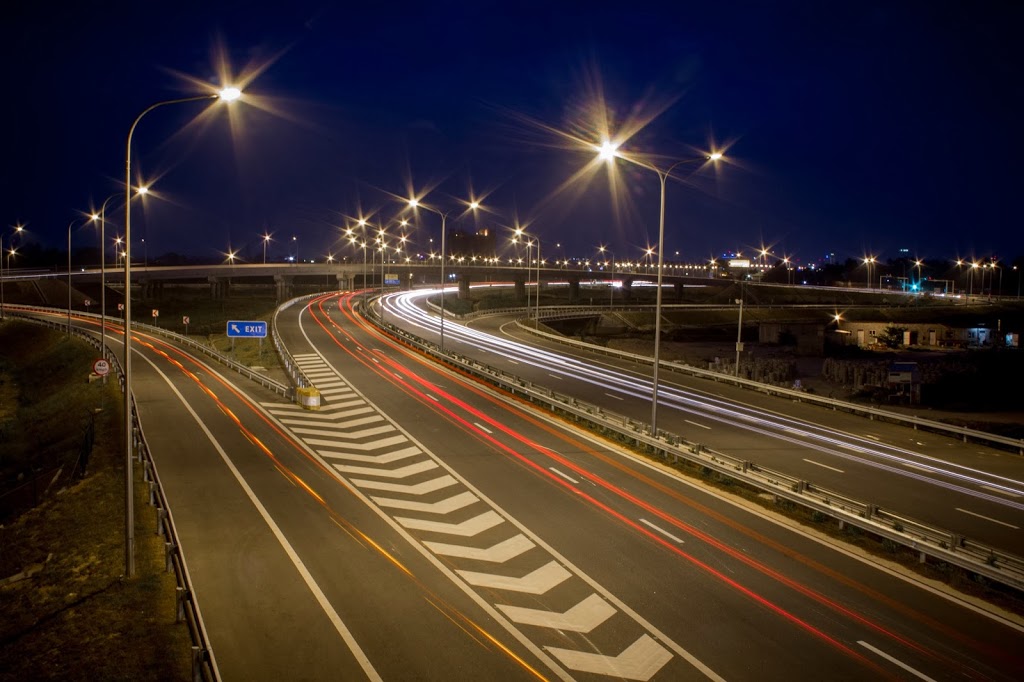 This is an incredible amount of money. Of course not all of it (“only” 39.8%) comes from the Sri Lankan taxpayer; most is borrowed from foreign countries and banks. China, between direct loans and two Chinese owned banks, is contributing more than half; Japan and the ADB are contributing much of the rest – but a number of other countries are also involved. Even the UK has contributed a not insignificant $93.6 million. Given that a 2012 report by Reuters announced that Sri Lanka already owes more than $15 billion to overseas lenders, one has to ask whether the Government’s ongoing borrowing is sustainable and in the best interest of the country.

But regardless of whether Sri Lanka, still a poor country in many ways, can afford it, one has to question whether the Sri Lankan people are getting their money’s worth for this colossal investment. Sadly the answer is a resounding no.

Sri Lanka appears to have some of the most expensive roads in the world. The Treasury’s budget estimates for the upcoming year itemise the costs of three of Sri Lanka’s largest road projects – these three projects alone will account for $1.1 bn by 2016. Looking at these figures in more detail we see that on average Sri Lanka’s road building is costing $3.72 million per km, but that the cost goes as high as $23.7 million per km on some projects (the Outer Circular Highway – OCH)

These figures may sound absurd but they fit with previous studies. Daily News reports on the building of the Colombo – Katunayake Expressway (E03, built between 2009 and 2013) suggests that that road cost $11.5 million per km to build. (Nor is the Government done there, while the road may look finished to the outside observer, the Government apparently still intends to spend another $122 million “finishing” the project before 2016 – to give a total cost of $15.8 million per km). Other Sri Lanka reports suggest that the cost is actually closer to $57 million per km.

The costs of roads vary a great deal around the world, and it is true that highways of the kind built in Sri Lanka cost more than simple twin lane roads, but even so Sri Lanka does not have many of the factors which one would expect to lead to high road costs. The cost of labour and land in Sri Lanka is cheap (and much of the latter is already state owned); the terrain is flat and forgiving, without the need for the many tunnels and bridges which are usually the reason that roadbuilding becomes expensive (and indeed in the figures quoted above the costs of bridges and tunnels were in any case omitted); and the laws with respect to Compulsory Purchase Orders side strongly with the Government. Thus we would expect the cost of building roads in Sri Lanka to be far cheaper than the global average.

Far from it, a 2000 World Bank study, which we have adjusted for inflation, suggests that the average cost of building a new road or highway is around $1 million per km, and can go as high as $2.1 million per km. Given Sri Lanka’s figures relate to highways we would expect them to be at the higher end of that range, but not the very highest due to the easy terrain and cheap cost of labour. What we instead find is that Sri Lanka’s roads cost on average 1.7 times more than the very highest figures quoted in the world bank survey, and on some projects go up to 11 times higher than the very highest figures.

It is worth considering for a moment what a ludicrous amount of money this is. For $3.3 million per km one could pave a 4 lane highway and hard shoulder with gold, or gold leaf at least. The Outer Circular Highway could have had this treatment six times over, and still leave more than enough money spare to build a road for considerably more than the highest cost surveyed by the World Bank.

It is true that in the developed world six lane motorways often end up costing considerably more than the sums quoted in the World Bank study – and while the Outer Circular Highway is not quite a motorway it does have pretensions in that direction. One might assume that a motorway in Sri Lanka might end up costing closer to the Indian average ($2 million per km) than the American or Japanese, but we concede that it is not entirely inconceivable that these roads genuinely did cost tens of millions of dollars per kilometre to build.

If that is the case then this is money that Sri Lanka can scarcely afford. Much of the north and east of the island is still devastated by the war, the tsunami, or both. Nearly 2 million Sri Lankans, around 10%, still live in poverty. But, while solving these problems might be a more sensible use of $5 billion, it would not provide Mahinda Rajapaska with the photo opportunities or the ostentatious and clearly new pieces of infrastructure he needs to continue to peddle the lie that all is well in Sri Lanka. That is the premise of Rajapaska’s “Mahinda Chinthana Vision for the Future”: a series of grandiose and unaffordable, but undeniably impressive, major public works which will distract both the people of Sri Lanka and the international community from the serious flaws in Sri Lanka’s economy, from the creeping authoritarianism in the south, and most of all from the fact that the “reconciliation” process in the north and east consists of nothing but continued oppression and military occupation. 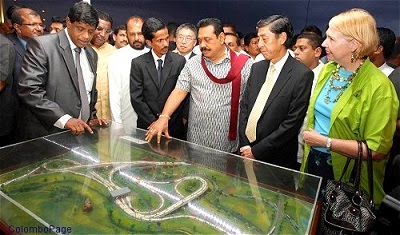 That is the best case scenario for why Sri Lanka’s roads are so expensive. An obvious alternative explanation is that Sri Lanka’s roads don’t actually cost three and a half times the global average, and that the Outer Circular Highway isn’t actually eleven times more expensive than an Indian motorway. What is happening is that hundreds of millions, if not billions, of dollars are being skimmed off the top.

If that is the case then one would not have to look far for a primary suspect: not only is the President of Sri Lanka the minister responsible, but his private secretary in the department is also his nephew. And indeed it is likely that there is corruption at every level of the system, and that many people from the top of the process to the very bottom have taken a cut. For the Government of Sri Lanka’s deliberate attempt to ensure there was no accountability for crimes committed during and after the civil war has engendered a culture of impunity which is now far more general than simple war crimes, as well as a close relationship between the Government and the underworld. And this state of affairs causes all sorts of undesirable consequences.

Research behind the figures quoted is available on request.