Shakthika has been bailed. But he is not yet free.

This morning, jailed Sri Lankan writer Shakthika Sathkumara was granted bail by a High Court judge. It means that, once the bail order is signed by the judge and any bail conditions are met, Shakthika is likely to be released from police custody in the next day or so.

The move represents a small victory for Shakthika, who has languished in police detention for over 125 days following the publication of a fictional short story (now available in English) to his Facebook page. He was arrested on 1 April following complaints to the police by hard-line Buddhists, who took umbrage at the story’s alleged references to homosexuality and child sexual abuse in a Buddhist temple. 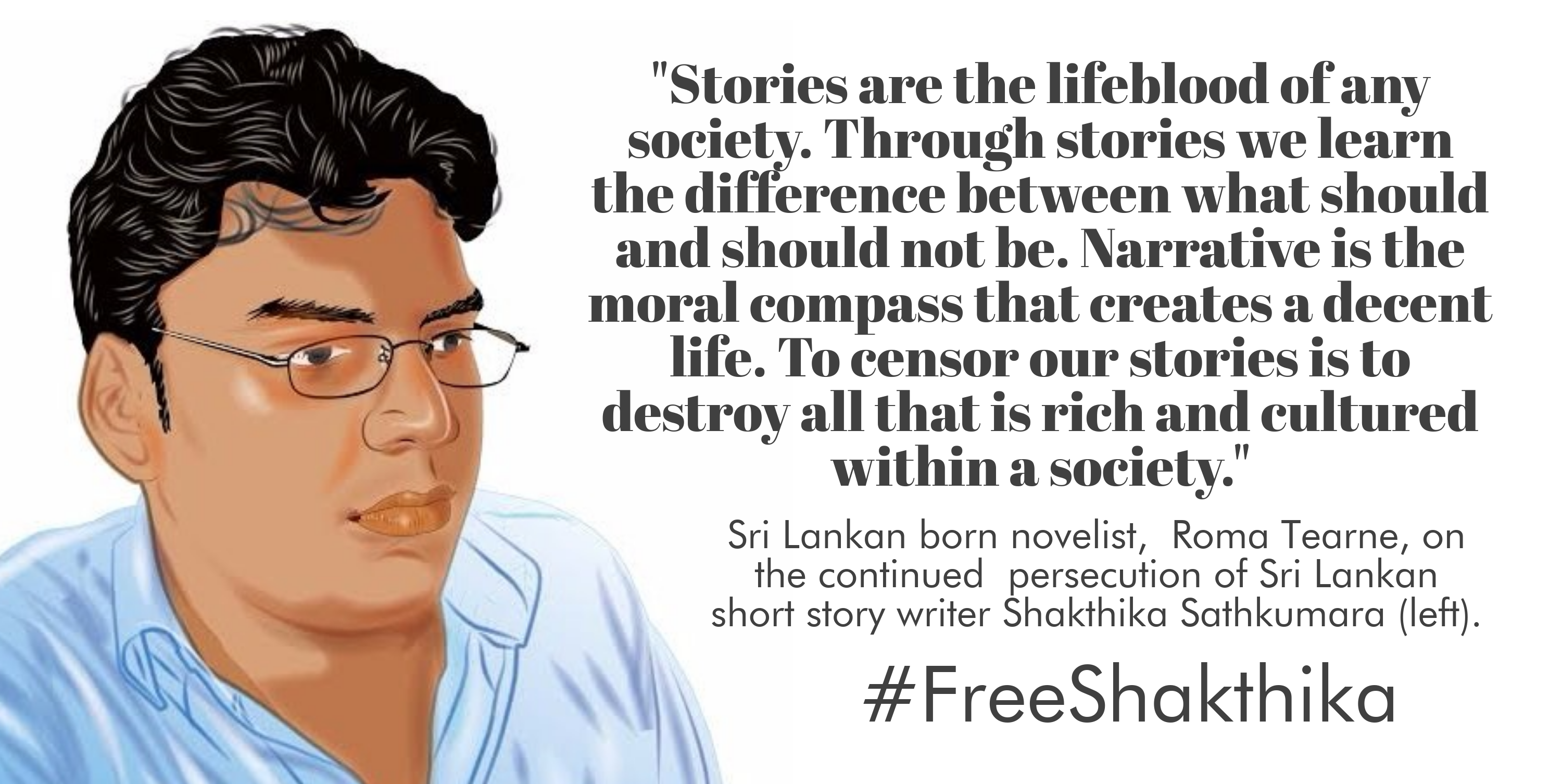 Despite today’s good news, Shakthika’s liberty remains at threat. A further hearing will be held tomorrow at which the Attorney General’s department will decide whether to file an indictment against him. Should the authorities proceed with charging Shakthika, it would represent a gross misuse of a law (the ICCPR Act) designed to protect freedom of expression. It would also send a chilling message to Sri Lanka’s citizens about the acceptable limits of public discourse, particularly when it comes to discussing and critiquing powerful religious institutions.

That is why it is so important that the campaign for Shakthika’s release does not let up at this critical moment – and that the world lets the Sri Lankan authorities know what it would mean for the Attorney General to continue to pursue the hollow case against Shakthika at tomorrow’s hearing.

If you haven’t already, please consider taking one of the following actions:

This is a very time-sensitive issue, so please don’t hesitate to act if you plan on doing so.

Further updates about the campaign for Shakthika’s release – a campaign that has been joined by internationally renowned authors, screenwriters, and cartoonists – can be found at the bottom of our earlier blog piece.