When he left Sri Lanka the Commonwealth Secretary general announced, with great fanfare, that:

Setting aside the dubious suggestion that a skill sharing round table can in some way cancel out a co-ordinated assault on the rights of the Sri Lankan people, and the complete traducing of Commonwealth values, the round table did sound like a good idea and a potentially very positive step.

However that was the last that was heard about the round table for some months, and our repeated requests for the most basic information (When will the event be? Where? Who is invited?) went unanswered. Then a mere two days before the round table was due to start, a press release appeared on the Commonwealth Secretariat website. This press release gave the dates but limited other information. Small wonder then that 70% of people used the buttons at the bottom of the page to indicate that they did not find the information useful.

Further requests of the Commonwealth Secretariat were met with the answer that they were “not at liberty to share the guest list publicly but participants are here from Kenya, Papua New Guinea, Rwanda, Sierra Leone, South Africa, Sri Lanka, Uganda and United Kingdom (Northern Ireland).” This is simply ridiculous. While it may be useful at times to have candid discussions behind closed doors, it is rarely the case that it is necessary to conceal even the identities of the people in the room. Our understanding is that most of the participants were state actors, and no victims were present, so there should not have been any security concerns. By concealing the list of who attended the Commonwealth Secretariat give the impression that they have something to hide; as well as reducing our confidence that the round table would have any input from victims, critics and civil society.

Its a shame as the themes chosen for the round table were very interesting and had a lot of relevance to Sri Lanka:

Are all areas in which Sri Lanka has been found sadly wanting, as the Government destroys memorials, co-opts national human rights institutions, threatens civil society, and uses commissions as whitewashing exercises. However with no idea of what was said, and who said it we can have no confidence that lessons were taken on board. A press release fawning over Sri Lanka’s much discredited National Human Rights Commission did nothing to restore confidence and seems to be yet further evidence of Secretary General Kamalesh Sharma’s favouritism when it comes to Sri Lanka. 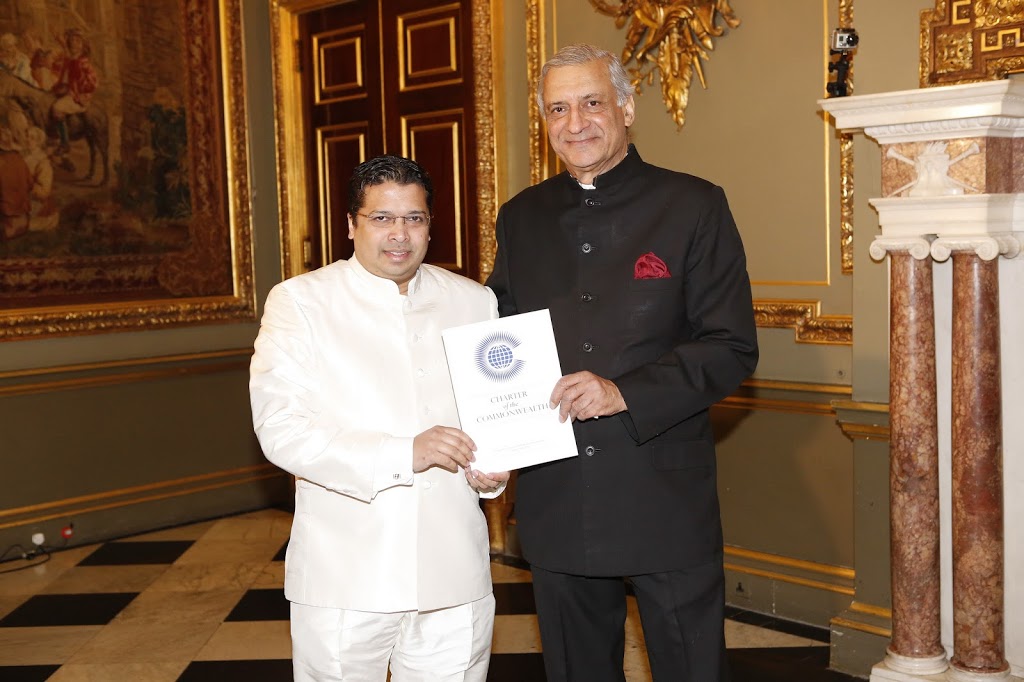 Lord Alderdice, a veteran of the peace process in Northern Ireland, did apparently provide some sensible guidance in his opening speech. He said,

“In recommending civil paths to peace, we were not saying that other approaches such as military, security and political are not important, but that to say that true peace and reconciliation comes when people as human beings feel valued, respected and given dignity – emphasising the role of civility in building relationships for long term peace.”

This is precisely what the Government of Sri Lanka has not done. Meanwhile the Commonwealth Secretary General concluded his opening remarks by quoting Desmond Tutu:

“True reconciliation is never cheap, for it is based on forgiveness which is costly. Forgiveness in turn depends on repentance, which has to be based on an acknowledgement of what was done wrong, and therefore on disclosure of the truth. You cannot forgive what you do not know.”

It is of course the Government of Sri Lanka’s refusal to allow that disclosure of the truth which is one of the major stumbling blocks to reconciliation which is the reason why Desmond Tutu himself has called for Sri Lanka to be stripped of the Commonwealth Summit.

Meanwhile, against all evidence, Secretary General Sharma insists that Sri Lanka is making progress and that it will continue to do so. In all probability this has far more to do with the SG’s clearly very close relationship with the Sri Lankan foreign office than it does with reality. But it does beg the question as to what the Secreatry General will do as and when the progress he has promised in Sri Lanka fails to materialise.

At the very same time back in the real world, Asath Sally, a prominent Muslim politician was thrown in to jail for daring to organise demonstrations against Buddhist extremism. We understand that he is in hospital having gone on hunger strike and that the Government will tomorrow ask for him to be detained for three months under the Prevention of Terrorism Act. Under this draconian piece of legislation he does not need to be charged with anything. Demonstrations are taking place in Colombo.