We have today named two new members of their advisory council: Scott Sheeran and Yasmin Sooka.

As our chair, Edward Mortimer said, “It is really fantastic to welcome Yasmin and Scott to our advisory council. That we can attract such impressive people from all parts of the world is a testament, both to their desire for a better world, and to the severity of the problems we face. We are now truly a global campaign.” 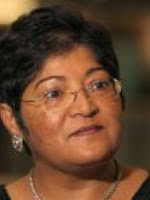 Yasmin Sooka is the Executive Director of the Foundation for Human Rights in South Africa. She is one of three co-authors of the April 2011 Panel of Experts’ report on Sri Lanka done at the request of UN Secretary-General Ban Ki-Moon.

Prior to joining the Foundation, she was a member of the Truth and Reconciliation Commission in South Africa, serving first for three years as Deputy Chair to the Human Rights Violations Committee and then as the chair of the committee. She authored the final report of the TRC. During 2002 and 2004 she was appointed by the UN as an international commissioner for the Truth and Reconciliation Commission of Sierra Leone.

She has consulted and assisted the governments of Ghana, Nepal, Afghanistan, Burundi, and Liberia in setting up truth commissions. Yasmin also serves on The Board of Trustee’s for Black Sash Trust, International Coalition of Historic Site Museums of Conscience, is Executive member for Niwano Peace Foundation as well as Advisory member for Leuven Centre for Global Governance Studies and Institute for International Law. 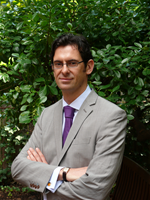 Scott’s prior experience includes a number of years in the New Zealand Foreign Service, including a three-year posting as the Legal Adviser at the New Zealand Permanent Mission to the United Nations in New York. During this time, Scott was appointed Vice-Chair of the UN Sixth (Legal) Committee of the General Assembly, and was a member of the Bureau of the International Criminal Court (ICC) Assembly of State Parties.

Scott was also previously a legal counsel in a constitutional law firm in New Zealand and a consultant for The Boston Consulting Group. Scott has a Master of Laws (International law) from the University of Cambridge, and was a UNITAR Fellow at Columbia Law School.

“Reconciliation in Sri Lanka can only be built on Truth, Justice and accountability. To date the Sri Lankan Government (GoSL) has failed to address the issues raised in the report of the Secretary General’s Panel of Experts as well as to implement the recommendations of its own Lessons Learnt and Reconciliation Commission (LLRC). The March 2012 UN Resolution tabled by the United States — on a probe of war crimes committed in the final months of the Sri Lankan civil war in 2009 asks the Sri Lankan government to explain how it will address alleged violations of international humanitarian law and how it will implement recommendations of an internal inquiry into the war.

“Sri Lanka’s report to the Universal Periodic Review of human rights in November 2012 is expected to include the progress made in implementing the LLRC’s recommendations.
“Reports of continued intimidation of media and human rights defenders amid extrajudicial killings, continued disappearances, abductions and deteriorating rule of law make the Sri Lanka Campaign’s objectives more urgent.

“I fully endorse the Campaign’s emphasis on the critical need for humanitarian relief and rehabilitation, an end to human rights violations and the culture of impunity and a repeal of draconian anti-terror regulations and a lasting peace based on justice and reconciliation.

“I believe that unless allegations of war crimes are addressed through a truth seeking mechanism and/or an independent commission or criminal investigation which places victims at the centre of the process, reconciliation will continue to elude Sri Lanka.”

And this was Scott’s:

“The deaths and suffering in the last few months of the war described by the UN Secretary-General’s Panel of Experts are both saddening and tragic. These sorts of events can only happen in a society that has carried a burden of differences and difficulties for some time. Without true accountability and reconciliation, the challenge of which is not to be underestimated, there will be further conflict and suffering. Only in a free and fair democracy with the rule of law, can the human rights of all Sri Lankans – including the Tamil, Muslim and other minorities – be truly respected.”

The Advisory council is a volunteer body of influential figures that provide advice and guidance to the campaign. They come from all walks of life and regions of the world and support the Campaign’s three main objectives: effective humanitarian relief, human rights for all and a lasting peace in Sri Lanka based on justice and reconciliation. Our Advisors use their links with the media and with other opinion-formers to push forward the campaign demands, as well as providing a sounding board for the Campaign’s work. A full biography of all members of the advisory council can be found here.